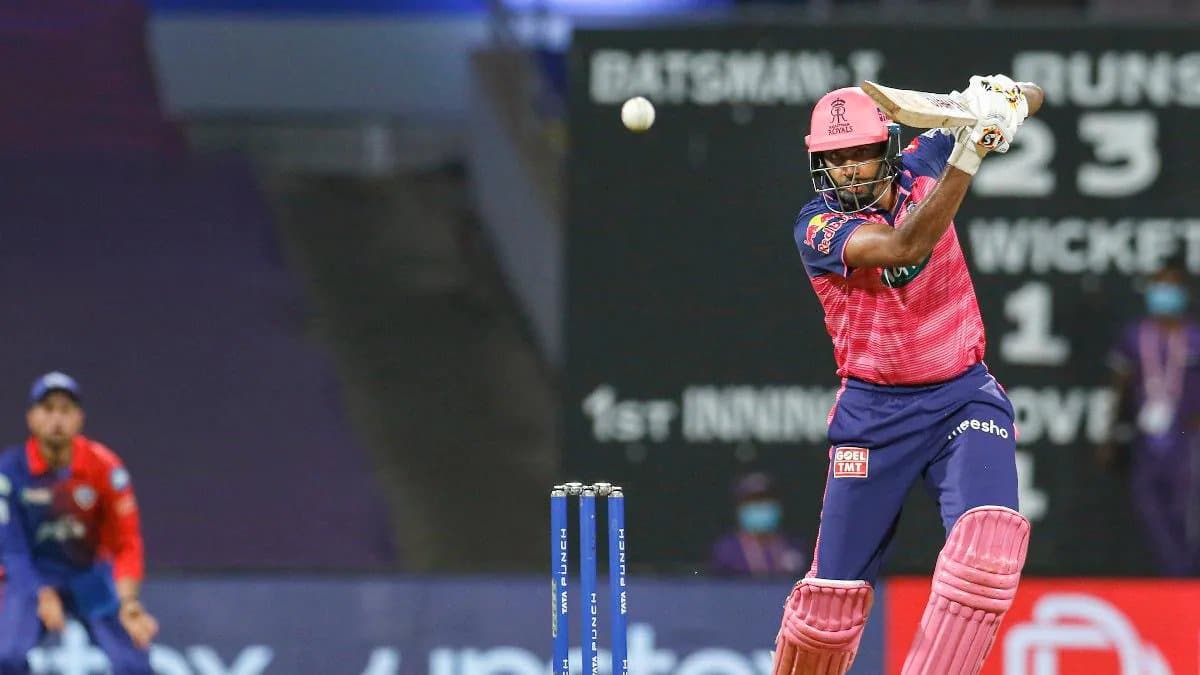 IPL 2022 LIVE: The Indian spin all-rounder was promoted up the batting order against the Delhi Capitals last night and smashed a magnificent 50-off 38 balls. It is not new to see Ashwin bat well as we are accustomed to seeing him bat elegantly in Test Cricket. However, his promotion up in the batting order in T20 cricket was a little new to everybody. Find the IPL match predictions and see more match updates for the 2022 season here.

Ashwin is a natural timer of the cricket ball and makes batting look easy. His batting style is better suited for test cricket and we have witnessed some of his exquisite batting performances in that format. However, the same can’t be said about his limited-overs batting. Ashwin was sent first-down after the Rajasthan Royals lost Jos Buttler in the third over. He then stitched up beautiful partnerships with Yashasvi Jaiswal and Devdutt Padikkal and scored a beautiful 50 comprising 2 sixes and 4 fours. It was Ashwin’s maiden IPL fifty.

Ashwin’s elevation up the order was a surprise for many. However, Ashwin thinks otherwise. He said he was communicated long before what is expected of him as a batsman and was preparing likewise. Get the legit online IPL betting sites in India here on our site.

“No license has been given. Starting from the season it was communicated to me properly that I will be used as a batter up the order. We had a few practice games where I opened also. Have worked a lot on my batting so it’s nice to see whatever has been worked on translates into the field,”

Ashwin’s effort the other night went in vain as the Rajasthan Royals suffered an 8-wicket defeat against the Delhi Capitals. Though he was disappointed with the result, he spoke further about the effort he put into his batting.

“I was in good batting rhythm before the start of the season. Worked a little bit on my batting, like tried to transfer my body wait forward, made a little switch on my technique. Pretty good feel about the knock but it didn’t come at a winning cause.”

Rajasthan Royals are currently placed third in the points table with 14 points in 12 games. Ashwin further stated that RR needs to bounce back strongly in their remaining two games. He wants RR to ensure a comfortable berth in the playoffs. Looking for more Cricket betting odds and scheduled matches? Find them here.

“Back end of the tournament is always pressure. Hopefully, we can turn it on and string a couple of wins together,”

Delhi Capitals registered a comfortable win and are currently fifth in the points table with 12 points in 12 matches. Mitchell Marsh starred in Delhi’s win last night. After missing out on the initial few games due to injury, Marsh was drafted late in the DC side. He was out of color initially but has now found his form. Marsh first picked up 2 wickets in his spell of three overs. He then flourished with the bat, with a scintillating 89 off 62 balls comprising 7 sixes and 5 fours. David Warner scored an unbeaten 52, adding one more to his tally of the fifties this year. Warner now has 5 fifties in 10 matches this season.