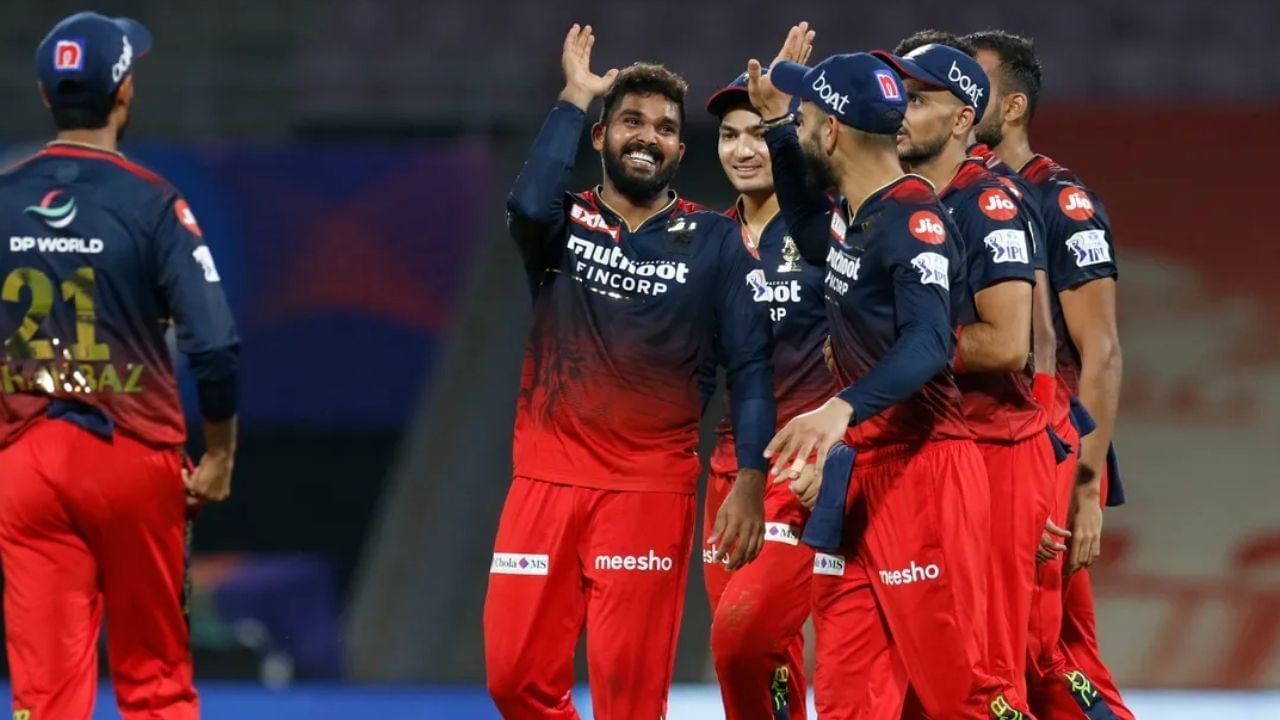 IPL 2022 Live: With the introduction of two new teams in IPL 2022, the 15th season of the Indian Premier League was expected to be more exciting, competitive and thrilling to watch. As we come to an end of IPL2022 league fixtures, it can be said that the new season of IPL has fulfilled our expectations. In the 67th game of the season, we will witness a second clash between Royal Challengers Bangalore.

RCB vs GT will be a crucial game for Bangalore as they need a win to qualify for the playoffs. Gujarat Titans had a fairytale debut in IPL and they have already made their space confirmed in the playoffs. The Titans were a dominating force since day 1 of the tournament and never disappointed their supporters.

Royal Challengers Bangalore, on the other hand, are facing some major issues regarding their performance. They were sitting at the 4th position last week in the point table. However, in the last week of the IPL 2022, Bangalore is in the 5th position with 7 wins and 6 losses. They are in very close competition with Delhi Capitals.

The upcoming fixture of Bangalore will be a crucial game because it will decide Bangalore’s space in the playoffs. Faf du Plessis and his men will have to play a tough game against the strongest team of IPL 2022 to score a win. Bangalore is coming for this game after facing a disappointing loss against Punjab Kings in their last game.

The Australian allrounder, Glenn Maxwell, will play an important role for Bangalore in the upcoming fixture. He is an important middle-order batsman who always ends up playing a strong inning for his team if the opening h=order has failed.

In the last game against Punjab Kings, Maxwell was able to score 35 runs in 22 balls at a strike rate of 159.09. His presence in the middle-order of Royal Challengers Bangalore will be a huge threat for the bowlers of Gujarat Titans.

Cricket is always an unpredictable sport and none of us is aware of what is going to happen next. One of the biggest unpredictability of cricket is that we never know which player will make a comeback and play a match-winning inning for his team. Stay tuned for our 100% FREE IPL betting tips and match guides from our professional betting tipsters.

A similar situation was observed in the camp of Royal Challengers Bangalore with Dinesh Karthik. Dinesh Karthik is a long-forgotten hero of IPL and team India. However, he completely changed his game has become a match-winning player for RCB in IPL 2022.

When former skipper Virat Kohli announced his resignation from the position of leadership, RCB did a great job by buying Faf du Plessis in IPL 2022 mega auction. They gave Faf an opportunity to lead the team and he has done a wonderful job.

Faf has turned out to be a strong opening batsman for Bangalore who always ends up giving his team a good start. Since the match against the Titans will be the last one and crucial, Faf would like to play a strong inning for his team.

The purple cap winner of IPL 2021, Harshal Patel, started on a below-average note in the ongoing season. He was seen giving away runs and was not able to pick wickets for his team. However, Patel has recently made his comeback to the tournament.

In the last game against Punjab Kings, Harshal picked up 4 wickets in 4 overs at an economy of 8.50. Patel has proved that he still carries the same talent. He can still pick wickets and can win matches for his team at any point. Are you looking for the most trustest real money online betting apps on the go? If yes, read more here.

In the end, the Sri Lankan spin talent, Wanindu Hasaranga, will be an important man for RCB. He is currently the highest wicket-taker for his team and the second-highest in the tournament. Hasaranga is a mystery spinner who surprises the opposition.

In the last against Punjab, Hasaranga picked up 2 wickets in 4 overs while maintaining an economy of 3.75. Hasaranga will play a vital role in scoring a victory for his team. There is no doubt that Gujarat batters will be in danger when he is bowling.

Royal Challengers Bangalore are facing another tough situation in IPL 2022. They are on the verge of not making it to the playoffs this year. However, RCB is a strong team and it will be a tough fight between both teams. According to our analysis, we expect Bangalore to win the game.