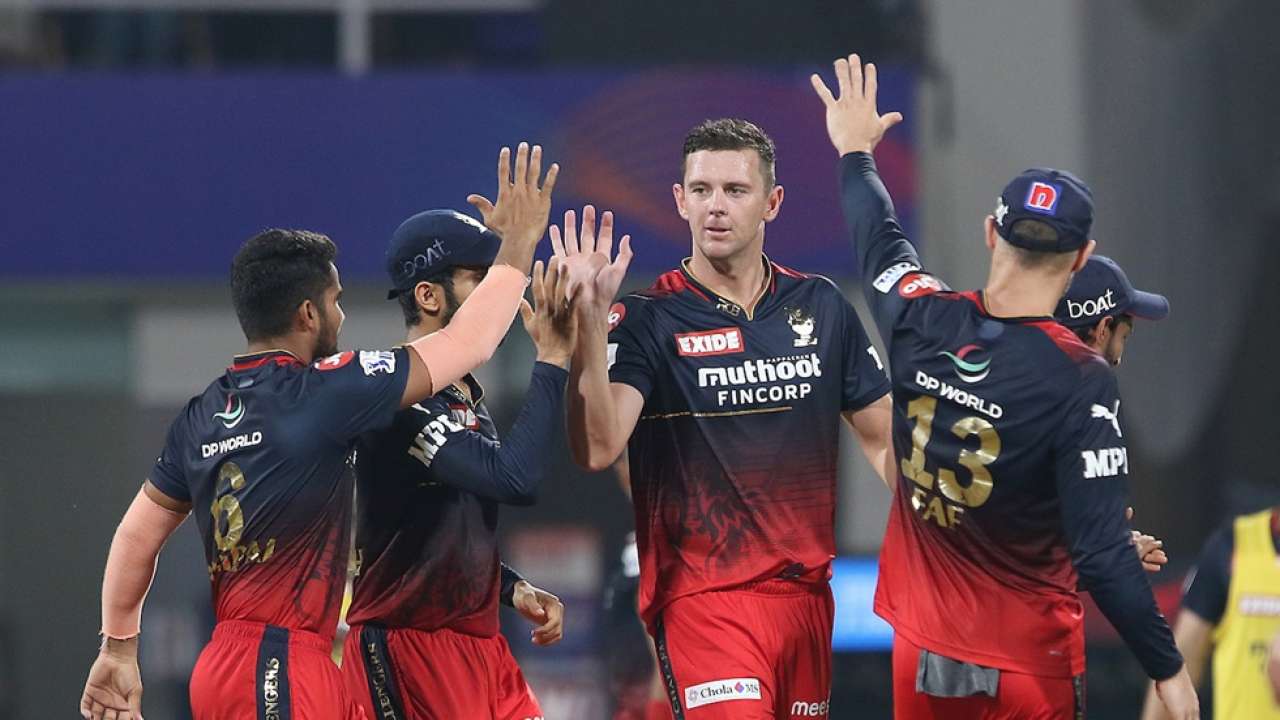 IPL 2022 Live: The 15th season of the Indian Premier League has reached its final stages. Every franchise is now getting a clear picture of where they stand in the IPL 2022 point table. In the 60th match of the league, we will witness RCB vs PBKS on Friday evening. This match is crucial for both the teams as both the teams want to qualify for the playoffs. Punjab Kings is currently at the 8th position in the point table with five wins and six losses. The squad has shown a huge amount of inconsistency in the whole tournament. Punjab needs to win every game now if they want to qualify for the playoffs.

Royal Challengers Bangalore, on the other hand, are sitting comfortably at the 4th position in the IPL 2022 point table. With 7 wins and 5 losses, Bangalore has come out as one of the major contenders for the IPL 2022 trophy. According to current statistics, if RCB wins the upcoming fixture, they will move closer to qualifying for the playoffs.

Royal Challengers Bangalore is coming for this game after scoring a big win against Sunrisers Hyderabad on Sunday. It was a comfortable win and RCB ended up gaining 2 points for the point table. Bangalore needs to continue at the same pace to make sure that they are part of the playoffs.

The game between Punjab Kings and Royal Challengers Bangalore is expected to be a thrilling fixture. The last time when these two teams met, Punjab turned out to be the winner.

The first and the foremost reason for Royal Challengers Bangalore’s strong performance in IPL 2022 is Dinesh Karthik. The finisher and the death-over specialist have become an integral part of Bangalore and now he is on the radar of BCCI.

In the last game against Sunrisers Hyderabad, Dinesh Karthik was able to score 30 runs in just 8 balls at a strike rate of 375. This was a brilliant piece of batting from his side and against Punjab, Dinesh will play an important role. Get the latest IPL betting apps for IOS and Android here on our site and learn about how betting works online.

It is good to see Bangalore’s primary players getting back to their original form at the crucial stage of the tournament. Skipper Faf du Plessis completely thrashed the Hyderabad bowlers and gave his team a good start in the last game.

Against Hyderabad, Faf was able to score 73 runs in 50 balls at a strike rate of 146. He remained on the pitch till the end of the game and helped RCB to achieve a comfortable score. Under the captaincy of Faf, RCB has higher chances of winning their maiden IPL trophy.

Another player who has recently gained his form back in the batting lineup of RCB is Rajat Patidar. The 28-years-old opening batsman has handled RCB innings in difficult situations. Patidar is known to perform for his team under immense pressure.

In the last game against Hyderabad, Patidar ended up scoring 48 runs in 38 balls at a strike rate of 126.32. His inning was a major push to RCB’s total score in the game. Coming at number 3, Patidar will be motivated to play a big inning against Punjab as well. Get the latest IPL cricket betting sites for the 2022 season here on our site.

The Sri Lankan spinner, after signing RCB in IPL 2022 mega auction, was expected to do bigger things for his team. Hasaranga has recently gained momentum in his performance and has become a match-winner for his team.

The presence of Josh Hazlewood in the bowling lineup of Royal Challengers Bangalore is working in favour of the team. Hazlewood’s disciplined line & length has helped RCB to keep a check on the run rate of the opposition.

Hazlewood picked up 2 wickets in 4 overs while maintaining an economy of 4.25 against Sunrisers Hyderabad. Josh carries the ability to decimate the opening partnership of the opposition. He will be doing the same against Punjab Kings on Friday.

Royal Challengers Bangalore has been performing brilliantly in the IPL 2022 tournament. They faced Punjab at the early stage of the tournament but the team has grown in terms of the quality of cricket. Looking at the past performance, we expect RCB to win the game.