Home » News » IPL 2022 LIVE: Key Matchups to Watch Out for in the Game Between RCB vs PBKS

IPL 2022 LIVE: Key Matchups to Watch Out for in the Game Between RCB vs PBKS 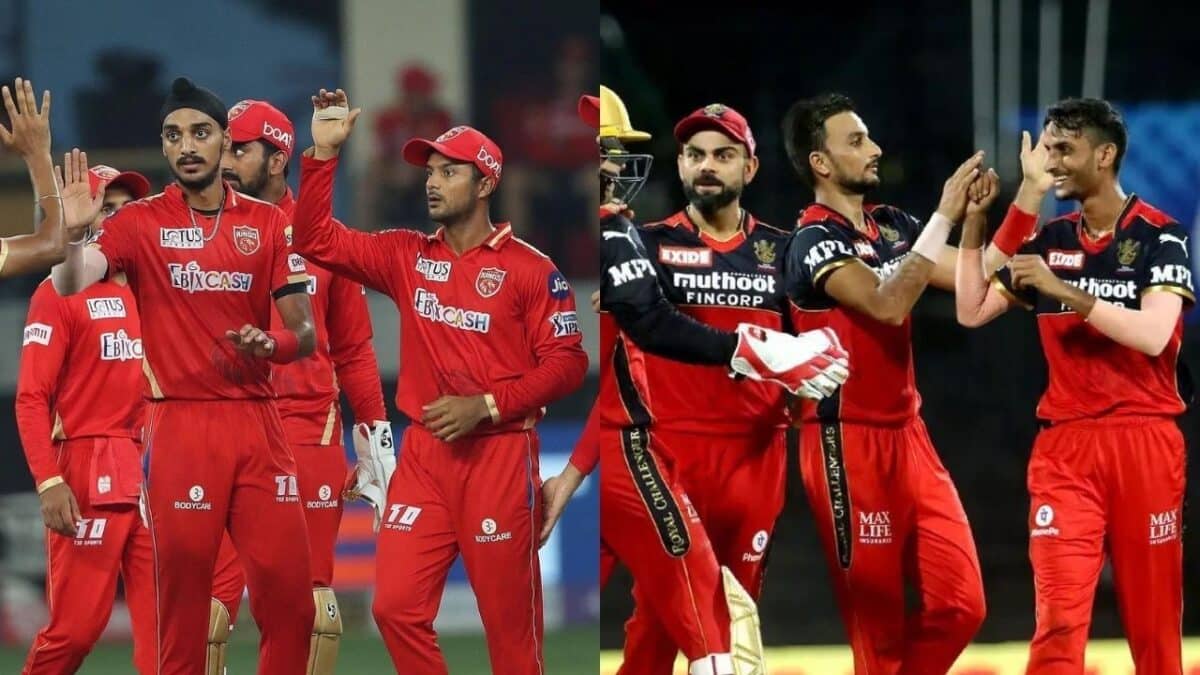 IPL 2022 LIVE, RCB vs PBKS: Royal Challengers Bangalore (RCB) will cross swords with Punjab Kings (PBKS) in match 60 of the TATA IPL at Brabourne Stadium, Mumbai on Friday, May 13. RCB are firmly placed to qualify for the playoffs after a big win over SRH. Meanwhile, after the loss against RR in the last game, PBKS will have to win all their remaining three games to stay alive in the tourney.

RCB will be pleased to see Faf du Plessis back in form as his opening partner is struggling big time. The RCB skipper played through the innings and scored a classy 73 off 50 balls to hold one end while Glenn Maxwell and Dinesh Karthik were going bonkers. Du Plessis got great support from Rajat Patidar who has been a revelation at number 3. The 29-year-old played another crucial hand of 48 (38) to take the pressure off Du Plessis in the middle overs.

PBKS need a quick fix to their bowling woes. PBKS pacers have picked 16 wickets in the first six overs, the third-lowest in the tourney so far. Rahul Chahar’s flop show in the middle overs has hurt the franchise badly. The leggie has picked 12 wickets in 11 games at an average of 25.33. Except for Arshdeep Singh, none of the bowlers could set up in the death overs as well. PBKS as a bowling unit has picked up only 19 wickets between overs 16-20, the joint lowest in the tourney.

RCB vs PBKS: Player Battles that can play a key factor in IPL 2022 Match

It will boil down to the contest between the explosive batting unit of Punjab and the lethal bowling unit of Bangalore. In such a scenario, matchups become key metrics that team analysts look out for. Here we take a look at 3 such matchups that can change the course of the game.

Faf du Plessis has been the glue around which RCB’s batting unit has played in the tourney. The RCB skipper anchored the innings against SRH which allowed the other batters to go for the kill. Du Plessis announced his arrival in style in the first encounter between these two teams with a classy 88 of 57 balls. The franchise would want him to keep going and play another long inning in the reverse fixture as well.

Kagiso Rabada has been the only bright spot for PBKS with the new ball. The South Africa pacer provided the team with regular breakthroughs in the first six overs. Moreover, Rabada has an upper hand over his countrymate in the matchups. In 2 innings Rabada has dismissed Du Plessis on both occasions and has conceded 13 runs from 16 balls. hence, this battle can have a huge bearing on the game’s outcome. Read 1xbet IPL reviews here and learn more about how this app works for online betting.

Jonny Bairstow has made an immediate impact as an opener. The English white-ball specialist scored a vital half-century against RR to set a solid base for the middle order. However, Bairstow was not at his fluent best and got out soon after. He would be keen to make amends against RCB.

Josh Hazlewood has been sensational for RCB in the powerplays. The lanky pacer has picked up 4 wickets in the first six overs at an impressive economy of 5.58. Hence his battle with Bairstow will have a key say in determining the game’s outcome.

Dinesh Karthik’s influence in the death overs has clearly impacted RCB’s results in the tourney. The 36-year-old played yet another blazing cameo of 30 from just 8 balls to power RCB to 193/5. In fact, Karthik has scored 211 runs at the death with a strike rate of 217.5, the best among batters with a min of 30 balls.

Therefore the matchup between Kagiso Rabada and Karthik will be of prime importance. The South African speedster has dismissed Karthik 3 times in 19 balls and he will hope to continue his domination. Karthik, who took the role of a finisher for his previous franchise will look to evade Rabada and attack the other bowlers. Here are some IPL betting tips and match guides for the 2022 season, learn more from the experts.