Home » News » IPL 2022 LIVE: Key Matchups to Watch Out for in the Game Between RR vs MI

IPL 2022 LIVE: Key Matchups to Watch Out for in the Game Between RR vs MI 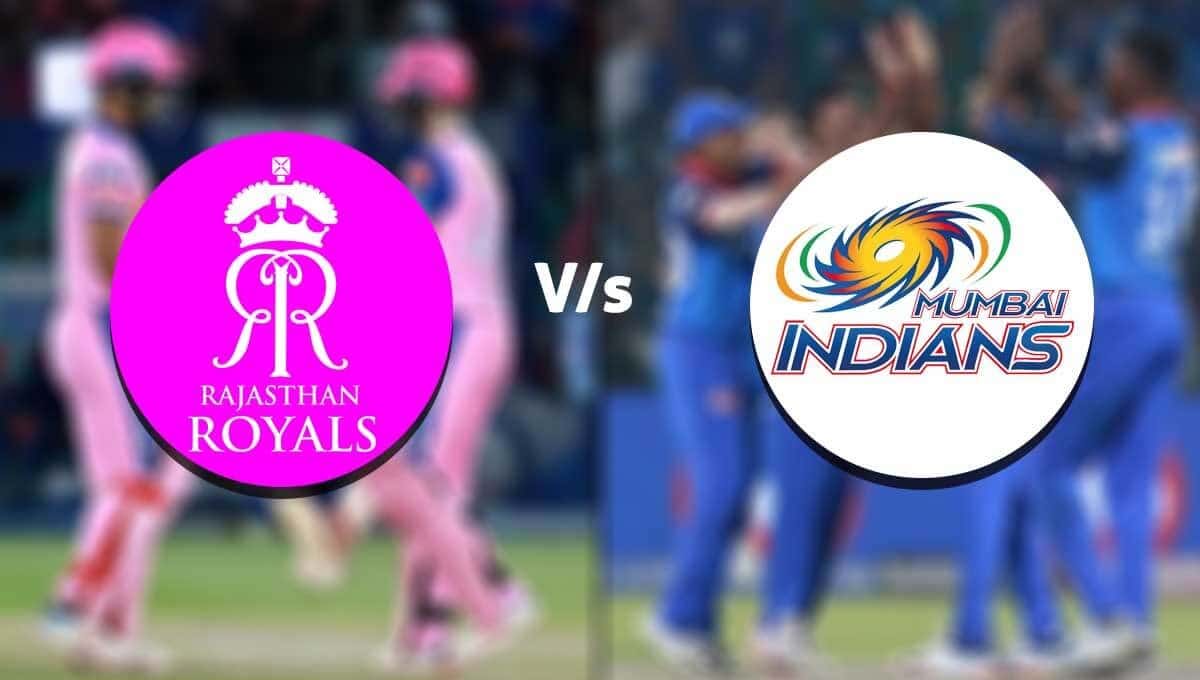 IPL 2022 LIVE, RR vs MI: Match no 44 of the TATA IPL will feature Rajasthan Royals (RR) up against the Mumbai Indians (MI) at Dr. DY Patil Sports Academy, Navi Mumbai on Saturday, April 30. Rajasthan’s batting faltered for the first time this season but the bowlers covered it beautifully.

Rajasthan’s faith in 20-year-old Riyan Parag finally paid off in the last match. The Assam lad stepped up with a blazing half-century to propel RR to a fighting total of 144/8. Parag showed his class when he got time to settle in. Hence, RR can promote Parag to number 4 to get the best out of him. There is absolutely no respite for the opposition against the Royals’ bowling attack. Trent Boult and Yuzvendra Chahal went wicketless but Kuldeep Sen and Ravichandran Ashwin took 7 wickets between them to break the backbone of RCB in the chase.

Meanwhile, Mumbai’s batting and bowling haven’t clicked in unison and that has led to their downfall. At the start of the season, MI’s top order was doing a fair job but the bowling attack looked toothless. However, in the last few games, MI’s bowlers have stepped up but the batting has let them down. This has been the story for them in all the 8 matches so far. The failure of Rohit Sharma and Ishan Kishan at the top reflects MI’s batting woes this season. Jos Buttler has scored 147 runs more runs than the two combined.

RR vs MI: Player battles that can play a key factor in the match

RR have a well-rounded squad and looks very strong on paper. Moreover, they will have a psychological advantage over MI having defeated them in the first encounter of the season. Meanwhile, MI are yet to open its account and are looking clueless. However, there are few player battles that can shift the momentum in MI’s favour. In this feature, we take a look at 3 such player battles between RR and MI.

Shimron Hetmyer has already played umpteen cameos for RR in a short span. The southpaw has scored 168 runs in the death overs, the most by any batter who has faced min of 30 balls at death. In fact, Hetmyer has scored those runs at a strike rate of 221.1, the third-best in the tournament so far.

However, Hetmyer will have to be wary about Jasprit Bumrah when the two sides meet tomorrow. Bumrah, who is one of the best death bowlers around, has dismissed Hetmyer 4 times in 7 innings and didn’t let the West Indies power-hitter get off the hook either. But Bumrah is down in confidence having taken only 4 wickets in 8 games and needs to step up. Hence, this matchup will play a defining role in the context of the game. Get the latest online IPL betting sites for the 2022 season here on our site.

Jos Buttler announced himself with a match-defining ton against MI in the first encounter and didn’t look back. The English T20 specialist batted through and scored 100 of 68 balls, including 11 fours and 5 maximums. Since then he has scored 399 runs in 7 innings at a strike rate of 159.4.

Meanwhile, Bumrah hasn’t picked up a single wicket in the powerplay this season. But he has a positive matchup against Buttler having dismissed him four times in 8 innings in the T20s. Bumrah didn’t let the RR power-hitter get off the hook either having conceded 49 runs in 55 balls. Hence, this matchup will be irrefutable in the game’s context.

Trent Boult played for MI for two seasons under the leadership of Rohit Sharma. He was a member of the core group that won the championship in 2020. Now, Boult, who is donning the pink jersey will be up against his former captain. The Kiwi pacer has enjoyed success against Rohit on the international stage.

Boult has dismissed Rohit four times in 11 innings and will be looking to repeat the feat when they face each other tomorrow. This rivalry may well define the outcome of the match as Rohit has been the mainstay for Mumbai for many years now. Looking for more IPL betting apps for IOS and Android here on our site and learn more about how online betting works.