Home » News » IPL 2022 LIVE: Should Umran Malik Be Fast-Tracked Into The Indian Team?

IPL 2022 LIVE: Should Umran Malik Be Fast-Tracked Into The Indian Team? 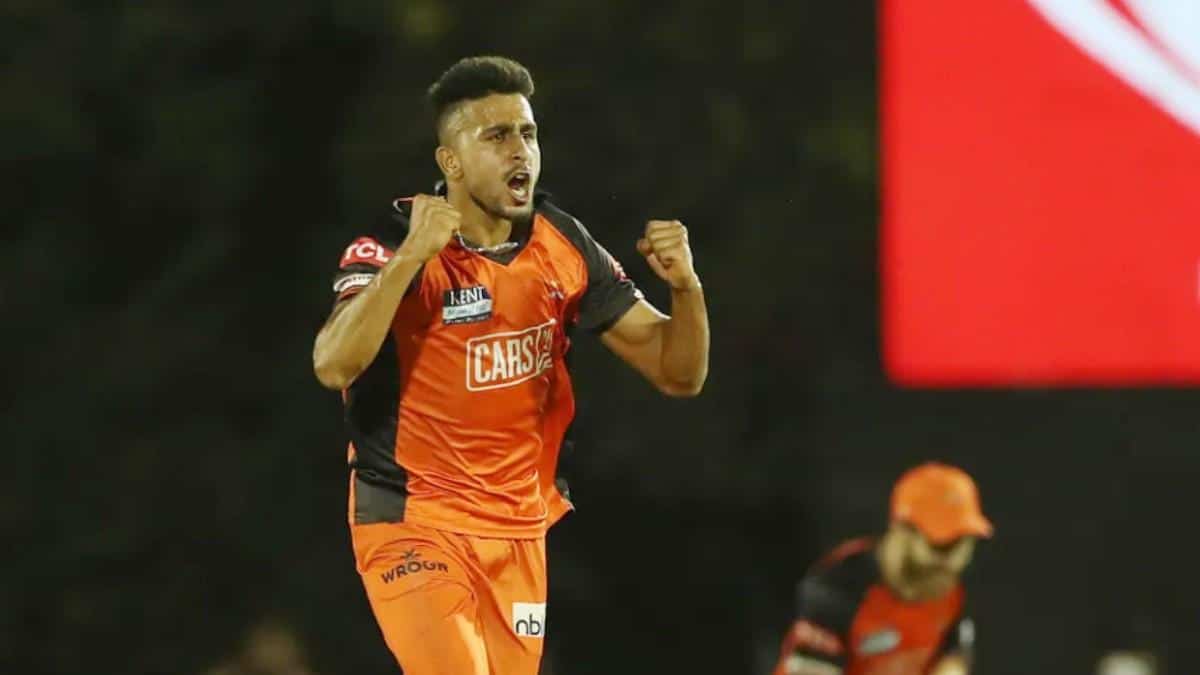 IPL 2022 LIVE: Umran Malik has been the fastest bowler in IPL 2022 by some distance. The closest in terms of matching his speeds has been Lockie Ferguson of Gujarat Titans. But when it comes to consistently bowling at 150+ Kmph, Umran Malik tops the list. Before Umran Malik there has rarely been an Indian bowler who has clocked 150 consistently in professional cricket.

Javagal Srinath could bowl at the extreme pace in his prime. In more recent memory, Ishant Sharma clocked around 150 on the tour down under in 2007-08. In the last decade, Varun Aaron and Umesh Yadav burst onto the scene with their sheer pace. But they too did not clock 150 as consistently as Umran Malik is doing in IPL 2022.

But Powell also hit him for 19 runs in the last over. His figures at the end of the innings were 4 overs for 52 runs without a wicket. In the last game against Chennai Super Kings, his figures were 48-0 in 4 overs. He took 25-5 against Gujarat Titans. He was the player of the match in the losing cause. There were instant talks of Malik being drafted into the Indian side. But the question is, should he be?

Get the best betting apps for IOS and Android here on our site and learn more about how betting works online.

IPL 2022 LIVE: Can Umran Malik Be Successful At The International Stage?

Umran Malik has picked up 15 wickets in 10 games in the ongoing season of the IPL. His economy has been 8.92 in 10 games. A closer look at his stats reveals that 9 of his 15 wickets have come in just two games. Out of those 9 wickets, 3 wickets came in the 20th over against Punjab Kings’ lower-order batters.

So, it’s true that Umran Malik has been bowling at a pace never seen before by an Indian pacer but he still lacks wicket-taking abilities. Dale Steyn, bowling coach at SRH has been impressed by Malik and he has advised Malik to bowl as fast as he can. Steyn believes that Malik will get better as he plays more games.

So apart from this season, he has not played more than 3 games at a stretch. He can, therefore, only improve when he plays more and more cricket. Former cricketers like Kevin Pietersen, Daniel Vettori, and Sunil Gavaskar have asked for his inclusion in the Indian team straightaway. But the youngster needs time to develop. He could be developed for the 50-over WC in India next year. Fast-tracking him could prove detrimental. For more latest cricket betting tips and match guides for the 2022 season, read here.