Home » News » IPL 2022 LIVE: Key Matchups to Watch Out for in the Game Between SRH vs PBKS

IPL 2022 LIVE: Key Matchups to Watch Out for in the Game Between SRH vs PBKS 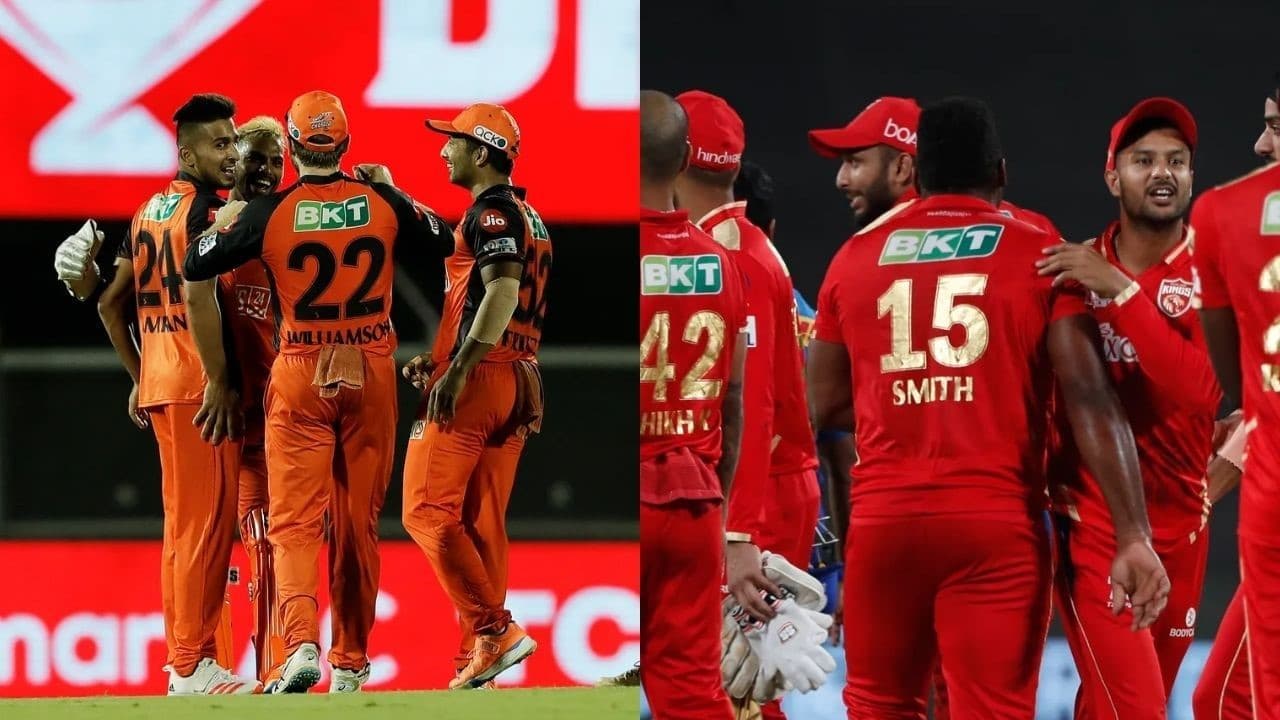 IPL 2022 LIVE, SRH vs PBKS: Sunrisers Hyderabad (SRH) will cross swords with Punjab Kings (PBKS) in the final league game of TATA IPL 2022 at Wankhede Stadium, Mumbai on Sunday, May 22. The contest doesn’t hold any significance as both SRH and PBKS stand eliminated after RCB defeated GT in their last league game.

SRH were well placed to progress to the next round but they had a major footfall in the second half of the tourney. The Orange Army have failed to seal a playoff berth for the second successive season. SRH’s strong suit has always been its bowling attack. They won five matches on the bounce owing to their potent pace attack.

However, in the last 6 innings, SRH bowlers have conceded at an economy rate of 9.72 and taken only 26 wickets. They will hope to finish the season on a positive note.

Before the tournament began, PBKS was considered to be the most destructive batting unit among all teams. They went boom in the first six overs scoring at a run rate of 9.11, the second-best in the competition after Delhi Capitals (DC). Stay tuned for our 100% expert betting tips and match guides from our professional betting tipsters.

However, the Mohali-based side was bust in the middle phase having lost 94 wickets, the second-worst figures after KKR. The main for such a pitfall was the inability of PBKS batters to counter the spinners. They have lost 30 wickets to spinners and scored at a strike rate of 105.16.

SRH vs PBKS: Player Battles that can play a key factor in IPL 2022 Match

In the IPL, Hyderabad and Punjab have met in 18 matches. The Nawabs have dominated the rivalry with 13 wins, while Punjab has only 5 wins to their credit. SRH completely outplayed PBKS in the first encounter of the season and will hope to shine on their superb record against the team from North of India. However, there are few matchups that have a key say in the game’s outcome. In this feature, we take a look at 3 such matchups between the two powerhouses.

Rahul Tripathi has been a consistent performer in the IPL. The SRH batter is the leading run-scorer for SRH with 393 runs at a strike rate and an average of 161.73 and 39.3 respectively. This is his best performance for any team in the cash-rich league. Tripathi played yet another impactful knock of 76 from 44 balls to help SRH post a formidable total.

Rahul Chahar on the other had a disappointing season after having taken only 14 wickets from 13 games at an average of 25.71. The franchise had much expectation from Chahar given he was the lone spinner in the playing XI. However, the 23-year-old should enjoy bowling against SRH especially, Tripathi. The PBKS leggie has dismissed Tripathi two times in 3 innings but the RR batter has scored at a healthy strike rate as well. Hence, this matchup will be irrefutable in the game’s context.

Jonny Bairstow brought his A-game when he was promoted to open the innings. Since then, the PBKS batter has amassed 150 runs at a strike rate of 178.57. Bairstow would be disappointed to be on the losing side after giving such a great start against DC in pursuit of 160. He would be keen to end the season on a positive footing.

Bhuvneshwar Kumar on the other hand hasn’t picked too many wickets in the powerplay but has bowled with great control. He has conceded only 5.7 RPO in the first six overs, the third-best among bowlers with a min of 60 balls bowled in the aforementioned phase. However, Bhuvi has enjoyed success against Bairstow in the past and will be keen to get the better of the PBKS opener.

Nicholas Pooran displayed his brute force to power SRH to 193 against MI. The southpaw went berserk in the death overs scoring 38 runs off just 22 balls. However, in general, the West Indies white-ball skipper has blown hot and cold with only two half-centuries across 13 innings. Pooran who was acquired by SRH for a whopping INR 10.75 crore hasn’t lived up to his expectations.

Kagiso Rabada has been the lone fighter for PBKS in the bowling department. The South African speedster features on the list of top 10 wicket-takers this season. Rabada has been impressive in all phases of play. Moreover, Rabada has made Pooran his bunny having taken the SRH batter’s wicket three times in 5 overs. Hence, this will be one of the key matchups to watch out for. Are you looking for the most trusted cricket prediction apps on the go? If yes, read more here.