Home » News » IPL 2022 LIVE: Umran Malik Has Been A Highlight Of This IPL, Sourav Ganguly

IPL 2022 LIVE: Umran Malik Has Been A Highlight Of This IPL, Sourav Ganguly 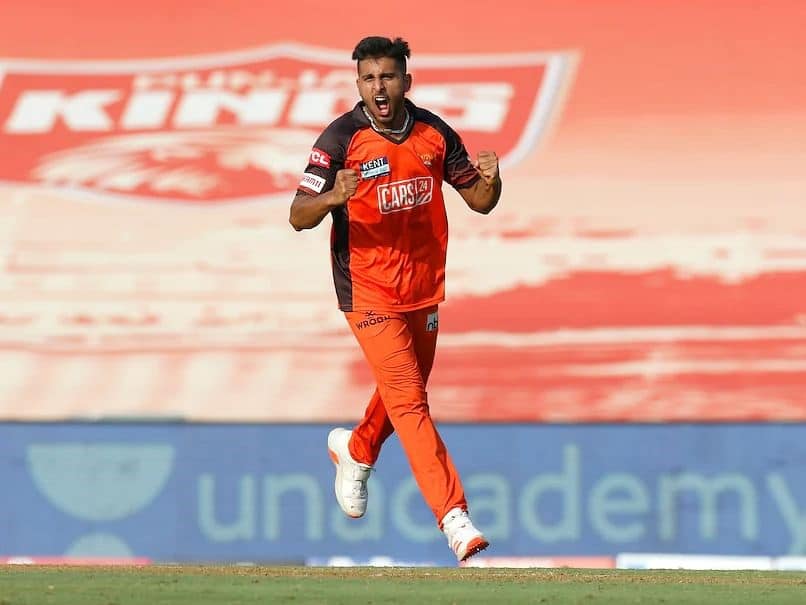 IPL 2022 LIVE: BCCI President, Sourav Ganguly in a recent interview said that the highlight of this Indian Premier League has been Umran Malik. Umran Malik has been very impressive in the tournament so far. He has picked up 15 wickets from 8 games so far for Sunrisers Hyderabad in the tournament which also includes a 5 wicket haul.

He was a net bowler for Sunrisers Hyderabad last year and was announced as a short-term Covid replacement for T Natarajan. But in the very first game, he played he impressed everyone including the SRH management. He was the only 3 players retained by SRH ahead of the mega auctions 2022 and since beginning the season a little waywardly he seems to have found his rhythm.

Dale Steyn who is the bowling coach of SRH has been very impressed with how Umran Malik has progressed as he had earlier said that he wants Malik to just focus on bowling fast at the moment. Umran has been the fastest bowler in the season. The only other bowler close to him in terms of speeds is Gujarat Titans Lockie Ferguson but he also relies on variations of pace from time to time, but Umran’s mantra has been to bowl as fast as possible whenever he is given the bowl.

Umran is currently 3rd on the list of purple caps, it’s a brilliant achievement for someone who had not played much professional cricket before making his debut at the dead-end of the previous edition.

In the last game where SRH narrowly lost to Gujarat Titans on the last ball of the match, Umran Malik picked up a fifer, and the way he dismissed batters was a thing of beauty to watch. He dismissed Shubham Gill and Wriddhiman Saha with searing yorkers. The best part about those deliveries was that both of the batters were well set in their innings, yet Malik beat them with his high pace.

“Umran Malik’s bowling has been eye-catching. I would say Umran Malik has been the outstanding face of the league so far”,

the BCCI president said in an interview with News 18.

Umran Malik is a disciple of Irfan Pathan who was associated with the Jammu and Kashmir Cricket Association for a couple of years. During his time at the association, Pathan identified a lot of talent in the area and gave them the confidence needed to do well on the big stage. Now according to several reports, Malik is in consideration for the Indian team call-up against South Africa for the upcoming 5-match T20 series in June. Get the latest IPL betting apps for IOS and Android here on our site and learn more about how online betting works.