Home » News » IPL 2022 LIVE: Kohli Sweats in Gym With His Better Half Anushka Ahead of the All-Important Fixture Against CSK, Watch

IPL 2022 LIVE: Kohli Sweats in Gym With His Better Half Anushka Ahead of the All-Important Fixture Against CSK, Watch 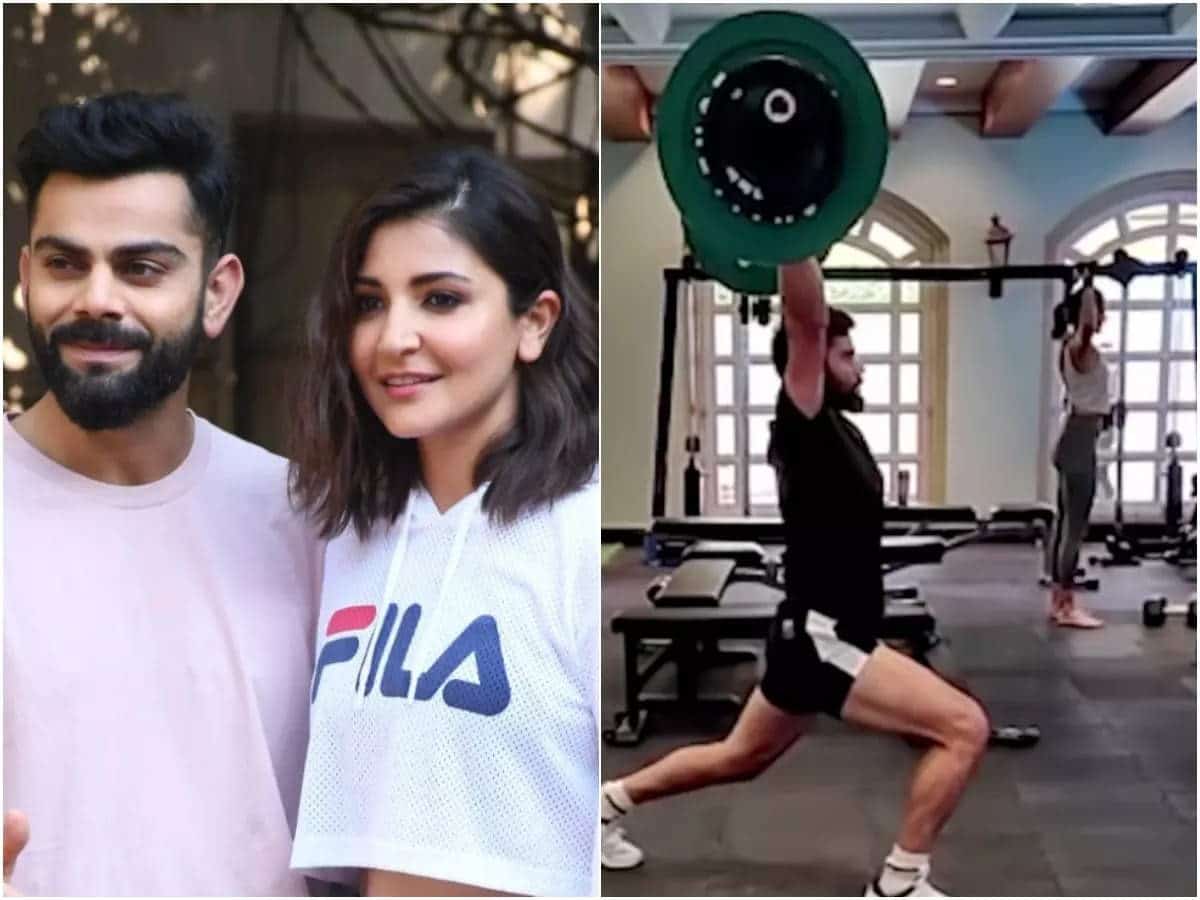 IPL 2022 LIVE: Virat Kohli finally got some good runs under his belt in the last match against Gujarat Titans. After a string of low scores in IPL 2022, Kohli scored an impressive 58 of 53 balls to romp back to form. However, Kohli was in no mood to relax ahead of the all-important clash against defending champion Chennai Super Kings (CSK) at the MCA Stadium, Pune on Tuesday, May 4.

We all know how dedicated is Kohli to cricket. Despite getting back his Midas touch, Kohli was seen doing upper body exercises in the gym alongside his better half Anushka Sharma. While Kohli was doing his favorite exercise, the power snatch, Anuskha was training with dumbells. Talking to Twitter, Kohli shared two weight training videos. The first one was captioned: “Back to my favourite. With my favourite @AnushkaSharma”. Meanwhile, the second video didn’t have any captions.

IPL 2022 LIVE: Kohli will aim to build on his knock

Before the game against Gujarat Titans (GT), Kohli accumulated only 119 runs in 9 innings at an average of 16. This was his lowest run accumulation after 9 innings in the TATA IPL. Kohli was even out for consecutive ducks against LSG and SRH. This was the first time he endured the unwanted record against his name. He was struggling big time to get some good runs under his belt.

Hence the management decided to promote him to open the innings alongside Faf du Plessis. The move paid dividends as Kohli registered his half-century of the season. This knock should give him a lot of confidence going into the all-important fixture against CSK. Kohli has scored 949 runs against CSK in the IPL at an average of 39.94. In fact, Kohli has wreaked havoc against CSK in the middle overs with 479 runs. He has never been dismissed by a CSK spinner since 2020 and averages 55 against the tweakers. ipl betting sites

RCB would hope Kohli can build on his knock and bring out his A-game against the yellow Army. RCB needs a quick turnaround after losing three on the bounce. The challengers are stationed at the 6th spot with 10 points from 10 games. The Bangalore-based franchise would be keen to avenge the 23 runs loss in the first encounter of the season. Kohli’s poor run of form has proved to be costly for RCB at the start of the season and the RCB batter would be keen to redeem himself as we come towards the business end of the tournament. Get more IPL betting apps for IOS and Android here.