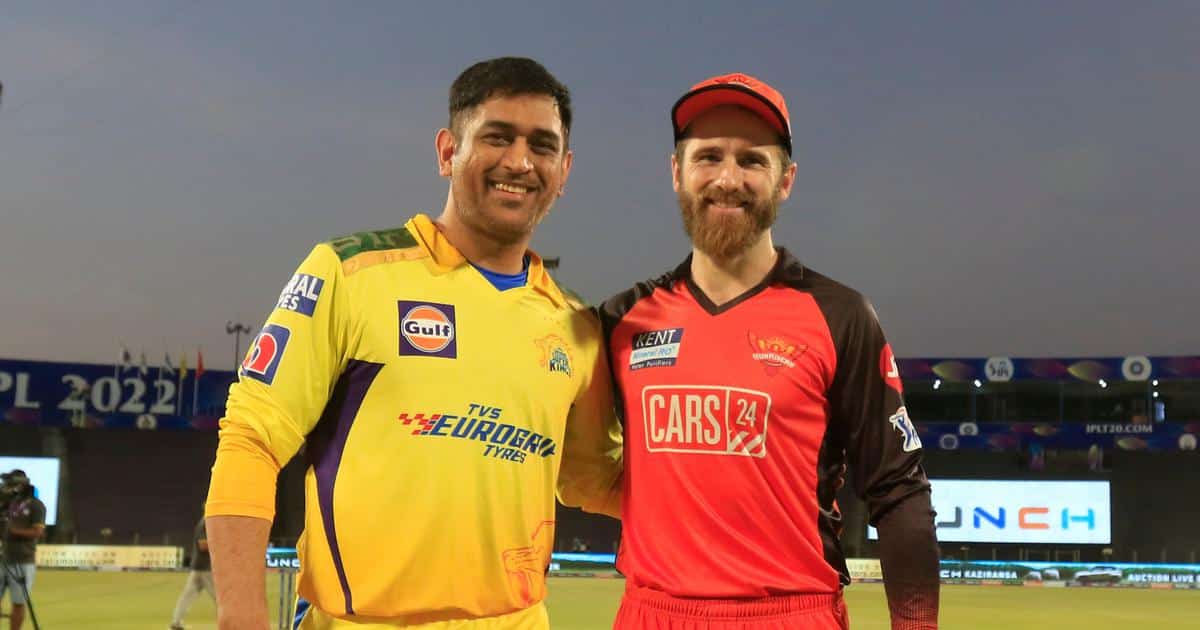 IPL 2022 LIVE: On Sunday, the two IPL champions locked horns at the Maharashtra Cricket Association in Pune. The four-time champions and the 2016 champion came up with an exciting finish in the end. Chennai Super Kings and Sunrisers Hyderabad had totally different seasons prior to this match. But it was a special match because MS Dhoni took over the captaincy role and led his team for the first time this season. As usual, SRH skipper Kane Williamson won yet another toss (8 out of 9) and asked CSK to bat first.

Coming into this match, both openers didn’t have the scores under their belts as they would have liked. Although Devon Conway was also on a break related to his marriage and joined the team a few days ago, both he and Ruturaj Gaikwad started the inning cautiously. But soon after they spent a few overs in the middle, they started playing their shots. Gaikwad took the aggressive approach and hit the bowlers all around the ground.

The right-hander didn’t let any of the bowlers settle down. In the process, he also completed 1000 IPL runs and became the joint-fastest Indian to do so. He achieved this feat in his 31st IPL innings, equalling Sachin Tendulkar. And the opening partnership kept on going strong, and both openers also brought their respective half-centuries.

Gaikwad was looking good for a big score but got out just one run short of his hundred. He scored 99 runs off 57 balls, including six fours and six sixes. His wicket brought MSD to the crease, but this time, he wasn’t able to do much and got out for one run. Conway was solid at one end and kept on playing his shots and helped CSK cross the 200-run mark. He ended with an unbeaten 85 runs, and CSK ended the innings at 202/2. Get the latest IPL betting apps for IOS and Android here on our site and learn more about how betting works online.

Chasing a big target, SRH started in a relevant fashion. Both openers came out all guns blazing and scored 58 runs in the first six overs. But their run chase was debited with two wickets off consecutive balls from Mukesh Choudhary. The left-arm pacer took the wickets of Abhishek Sharma (39 off 24) and the in-form Rahul Tripathi (0 of 1). After that, there were a few 30-40 run partnerships, but they were not able to keep up with the required run rate.

Once Williamson (47 off 37) got out, none of the other batters played any significant roles, apart from Nicholas Pooran. The wicket-keeper batter was unbeaten at 64 off 33 but didn’t get any support from any other batsmen. He also hit 25 runs off the last over by Choudhary, but it was too late for the SRH. As the Orange Army fell 11 runs short of the target. The left-arm pacer, Mukesh Choudhary, took 4/46 and helped his team win the game.

IPL 2022 LIVE: Ruturaj Gaikwad – The Difference between the two sides

There was no doubt about the calibre of this man, as he won the “Orange Cap” in the last season. However, he didn’t have a good start this season, but against SRH, he looked in great touch. He took all bowlers to the cleaners and hit 12 boundaries overall. However, he would feel unlucky that he got out just one run short of his well-deserved century. But in the end, he was named “Man of the Match” for his knock of 99 runs. Read Bet365 IPL reviews here and know about how this app works for betting online.