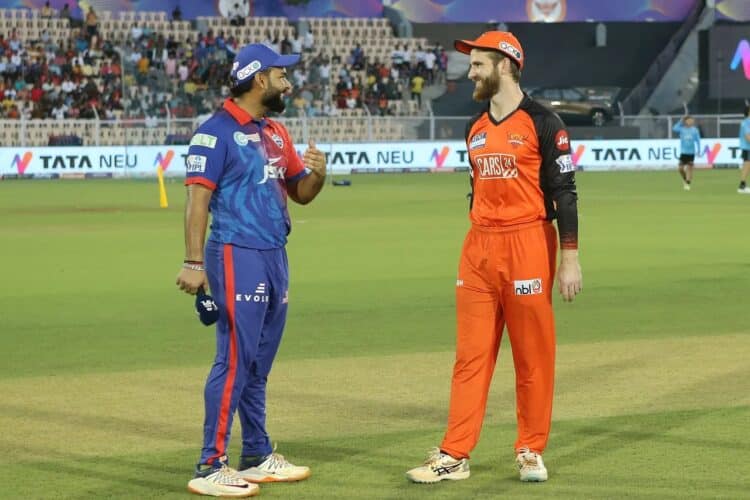 IPL 2022 LIVE: The 50th match of the TATA IPL 2022 saw another high-scoring game. A total of 393 runs were scored in the match in 40 overs. Delhi Capitals locked horns with Sunrisers Hyderabad at the Brabourne Stadium.

And it was the former SRH skipper who set the stage on fire on Thursday. Earlier, it was SRH that won another toss and asked DC to bat first. Notably, two starting players didn’t play for both teams. Prithvi Shaw from DC and Natarajan from SRH didn’t play. Mandeep Singh, who came as an opener along with David Warner, got out in the very first over.

DC lost the second wicket within five overs, as Mitchell Marsh got out to Sean Abbott after scoring 10 runs. Then came the DC skipper, who joined Warner at the crease. Both left-handers started to take on SRH bowlers and started playing their shots. Both added 48 runs for the third wicket before Pant was bowled by Shreyas Gopal. The skipper got out of the final ball of the ninth over before hitting three consecutive sixes and one boundary in the first five balls.

Then DC sent Rovman Powell ahead of Lalit Yadav to increase the scoring rate. That’s what the big West Indian did as well. Warner was solid at one end and was playing his shots. He also brought up his 54th IPL half-century. Powell also started hitting the SRH bowlers out of the park. Both batters added 116 runs in just 66 balls to help DC post a massive score of 207/3. For more top IPL betting sites and match updates, read here.

Warner missed a well-deserved century by eight runs and was unbeaten on 92 off 58 balls, including 12 fours and 3 maximums. Powell, who hit 19 runs in the 20th over from Umran Malik, ended with 67* off 35 balls, including six maximums and three fours.

Chasing the big target, SRH didn’t start well. They lost in-form Abhishek Sharma in the second over of the innings. The SRH skipper once again got out early, and SRH lost their second wicket within the first five overs. Rahul Tripathi (22 off 18) tried to play some shots but also got out. At 37/3, SRH was struggling badly and the required rate was increasing at a rapid pace.

However, Pooran and Markram tried to bring SRH back into the game. Both batters added 60 runs in 35 balls for the fourth wicket, but once Markram (42 off 25) got out, it was very difficult for the Orange Army. However, Nicholas Pooran kept on playing his shots and scored his back-to-back. The left-hander scored 62 runs off 34 balls, including two fours and six maximums. In the end, SRH fell by 21 runs.

David Warner was in a different mood against his old team. He had been scoring runs in previous games, but he saved his best for SRH. The opener smashed every bowler to the park and scored an unbeaten 92 runs. Warner proved once again that he has still got the best. In the end, he also won the “Man of the Match” for his performance. He is now the fourth-highest run-scorer with 356 runs this season. Discover more IPL betting apps for IOS and Android here on our site and learn about how betting works online