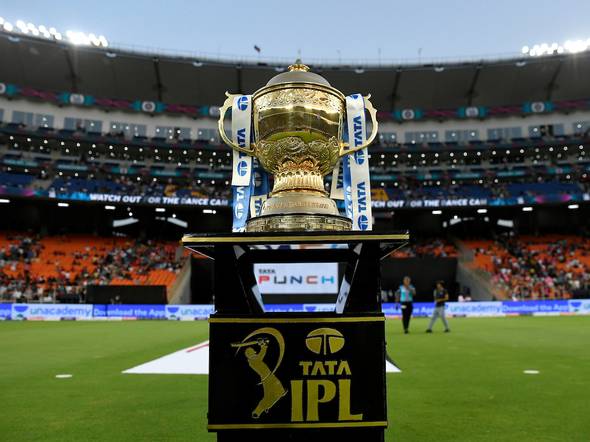 IPL 2022 LIVE: Finally, after a long wait of more than two months, we have got our new champions of the IPL 2022. And it is none other than the new franchise that entered the season as an underdog and emerged victorious. Not many gave them any chance at the start of the season, but they have proved everyone wrong. However, the toss didn’t go their way as Sanju Samson won the toss and, surprisingly, chose to bat first. Discover the ten best online betting sites in India and start betting online for this season.

Both the RR openers started steadily and added 31 runs for the first wicket. Yashavi Jaiswal looked good, but got out after scoring 22 off 16 balls. But then once he got out, GT bowlers put the break on the scoring rate and it was hard to score for RR. Skipper Samson (14) once again got out in order to look for the big hits.

Padikkal took ten balls for two runs, and he also got out. After that, GT took total control of the game. Jos Buttler was solid at one end. But he too fell in order to increase the scoring rate. He scored 39 off 35 balls. But after that, no one from the RR camp was able to score runs. As a result, they ended their innings at 130/9. In the end, Riyan Parag (15 off 15) and Trent Boult (11 off 7) added a few runs. Here are the ten best betting apps you can download on your mobile devices and enjoy competitive odds and all the features you can expect from a mobile betting app.

Chasing the low total, RR came up with a plan and removed two early wickets. Wriddhiman Saha (5) and Mathew Wade (8) got out cheaply. But then, Shubman Gill and skipper Hardik Pandya stopped the fall of wickets and made sure that they stayed in the chase. Both batters added 63 runs for the third wicket. The GT skipper looked good and scored a vital 34 off 30, including three fours and one six.

Once he got out, in-form David Miller came to the crease. And then he just took the complete game away from RR. He played another important cameo of 32 off 19 balls, including three boundaries and one maximum. Shubman Gill was solid on another end and was uneaten at 45 off 43 balls. Both batters added 47 runs for the fourth wicket to seal the deal for GT and win their maiden title. Gill hit a six to win the championship.

When Hardik Pandya is in full form, there is hardly any player that can match his caliber. The GT skipper once again proved why he is recognized as being among the top all-rounders in the country. First, with the ball, he single-handedly broke the bone of RR. He took three wickets for just 17 runs in his four overs. Hardik got the prize wickets of Buttler, Samson, and Hetmyer. Then he came back at a difficult time and added an important 34 runs for his team to win the match. He was named “Man of the Match” for his all-around contribution. Read our expert betting tips and guides, written by cricket betting experts, to find the right betting app for your situation.