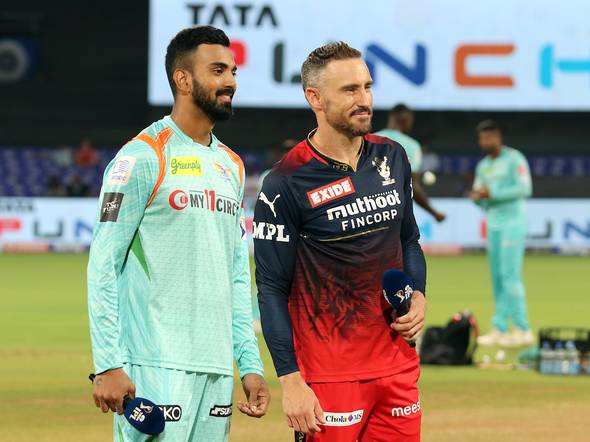 IPL 2022 LIVE: It is Royal Challengers Bangalore that has crossed the line and has now moved to the IPL Qualifier 2. On Wednesday, two teams who finished third and fourth locked horns in the Eliminator at the Eden Gardens. After winning the toss, KL Rahul asked RCB to bat first, and it was a good start from Mohsin Khan. He got rid of Faf Du Plessis in the very first over for a golden duck. It brought Rajat Patidar to the crease. He, along with Virat, then added 66 runs for the second wicket. The former RCB skipper got out after scoring 25 runs.

RCB lost three wickets at regular intervals in the middle overs. In the end, it was down to Dinesh Karthik and Patidar, who was looking solid at the crease. And that’s what they did. Both batters didn’t let the pressure come on them and played freely. They added quick runs for the team and added 84 runs in the last five overs of the match to take RCB to 207/4 in their 20 overs.

Rajat Patidar played an exceptional inning and scored his maiden century. He was unbeaten on 112 off just 54 balls, including 12 fours and seven maximums. Karthik was unbeaten on 37 off 23, with five fours and one six. Stay tuned for our online betting tips for free and match guides from our professional betting tipsters.

Chasing the target, LSG also lost Quinton de Kock (6) in the very first over. But still, they maintained the asking rate under control and scored 62 runs in the first six overs. Manan Vohra (19), who was promoted, played some shots but got out. But Deepak Hooda and KL Rahul added a vital partnership for the team. Both batters added 96 runs for the third wicket to bring LSG back into the chase.

But the issue was the climbing run rate. The RCB bowlers kept things tight in the middle and didn’t let the batter score any boundaries. In the end, it was too big of a target to chase. The asking rate kept on climbing, and both batters did play some shots. But once the partnership was broken, LSG lost total control of the game. Hooda was out for 45 runs and the skipper got out in the 19th over. Rahul scored 79 off 58 balls and LSG fell short by 14 runs. This loss has ended their campaign and they are not out of the competition.

Well, before the match, everyone was expecting that Du Plessis, Kohli, or Maxwell would score big runs. But it didn’t happen as these three batters combined scored 34 runs. But it was someone else who stood for RCB to help them win. Rajat Patidar, who joined RCB in the middle of the season as a replacement, played one of the best-ever knocks in the playoffs.

The right-hander batted through the innings and finished unbeaten on 112*. He scored his maiden century in just 49 balls, which is the fastest of this season. For his special effort, he was also named the “Man of the Match.” Bet using our best IPL betting apps in India that can be downloaded here or in the Apple store and Playstore, enjoy betting just at home!