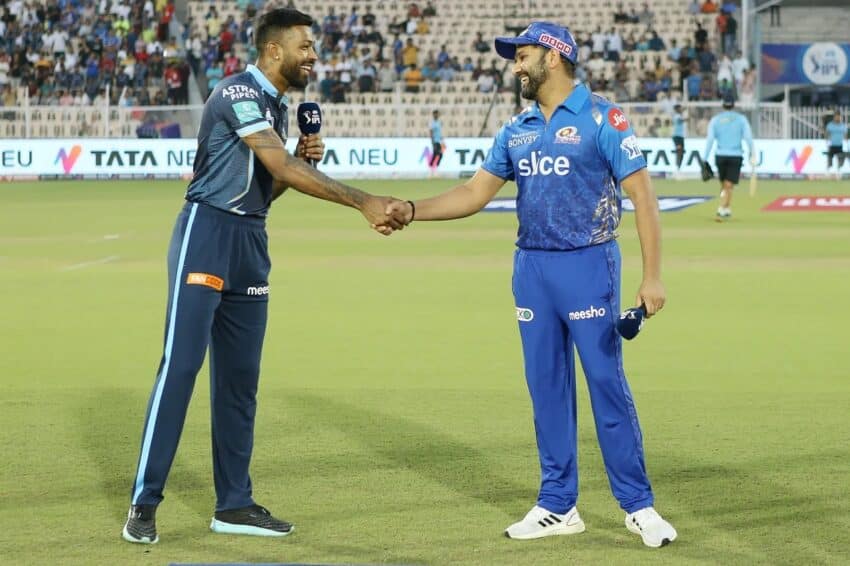 IPL 2022 LIVE: The TATA IPL 2022 has entered its business end, but only two teams have been eliminated thus far. The other eight teams are competing for the top four spots. However, the Gujarat Titans are certain to make it to the next round with 16 points. But last night, in a match with the five-time champions, GT faced a loss in a close match. The skipper, Hardik Pandya, won the toss and asked MI to bat first. With nothing left in the competition, MI came out all guns blazing. For the first time this season, both openers added more than 50 runs for the first wicket.

Rohit Sharma (43 off 28) and Ishan Kishan (45 off 29) added 74 runs in just 7.3 overs for MI. After the wicket of the skipper, Suryakumar Yadav came to the crease, but he had a rare failure last night. He made 13 runs before getting out to Sangwan. Kishan and Kieron Pollard also followed him after that, and MI was reduced to 119/4 with five overs to spare. They lost all the momentum provided by the openers and it was looking like they could hardly get to 160. But Tilak Verma (21 off 16) and all-rounder Tim David came for the respite and added a quick 47 runs.

Tim David played a brilliant cameo in the end and helped MI to a competitive score of 177/8. He scored 44* off just 21 balls, including four maximums and two boundaries. For GT, Rashid Khan picked up 2/24 in his four overs. Get the top IPL betting sites for the 2022 season here on our site.

GT had the best possible start they could have hoped for. Both openers began playing shots with the first ball and added a significant partnership for the first wicket. Both openers also scored their respective half-centuries during the innings. Wriddhiman Saha scored 55 off 40 balls and Shubman Gill 52 off 36 balls. But GT lost their two batters in quick succession. Hardik Pandya had a start of 24 runs but couldn’t capitalize on it and got run out at the wrong time.

GT needed nine runs in the last over to have an easy chance to win. But some good bowling from Daniel Sams helped MI to stop the duo of David Miller and Rahul Tewatia from scoring the winning runs. Tewatia got run out on the third ball of the last over, and in the end, it was on Miller to score the runs. Needing six of the last three balls, Sams bowled two good balls that were dot. And in the end, MI registered their second win of the season. It was only the second instance that a bowler has defended nine runs in the final over.

MI has now won two back-to-back matches, and one name is common in those wins. That is the hard-hitting all-rounder, Tim David. In the previous match, he played a blinder of 20* off 9 balls in a tricky chase against RR. And against GT, he once again came up as the savior for MI. He scored quick runs in the end and helped the team reach a good total. And for his cameo, he was also named “Man of the Match.”