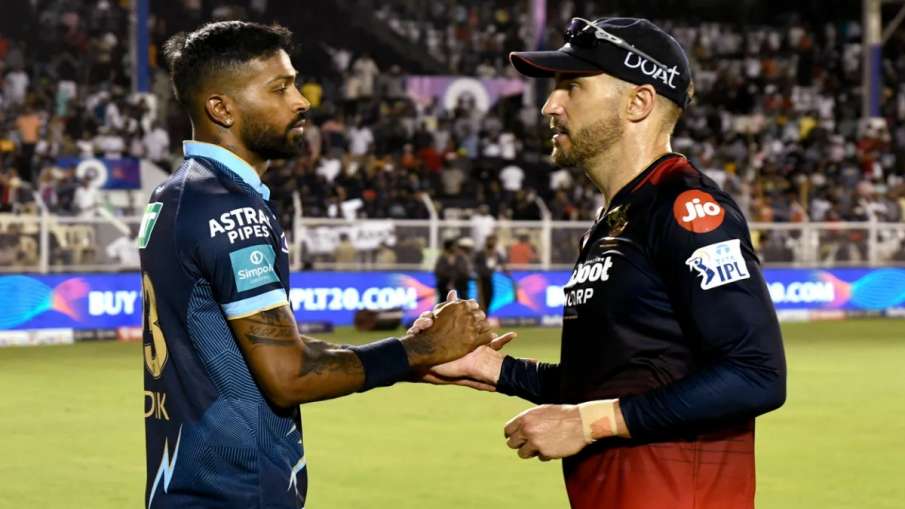 IPL 2022 LIVE: “The King is Back” was the only thing trending from last night. And why not? When Virat Kohli bats like this, it is a treat to watch for cricket lovers. At the Wankhede Stadium, Royal Challengers Bangalore locked horns with Gujarat Titans. GT won the toss and elected to bat first. But the in-form Gill (1) got out early to a superb catch by Maxwell. Get the latest IPL betting apps for IOS and Android here on our site.

But Wade (16) and Saha added a few runs for the team, but the Australian wicket-keeper batsman got out to another controversial decision. That brought the captain to the crease. Saha (31) was also unlucky to get run out.

But David Miller (34) and Hardik added an important 61-run partnership for the fourth wicket and played some good shots. But once Miller got out, Tewatia also followed him back to the camp. However, Hardik scored his fourth half-century of the season.

In the end, a fantastic cameo from Rashid Khan helped GT to get to a par score of 168/5 in the 20 overs. The GT skipper was unbeaten on 62* off 47 runs, including four boundaries and three sixes. Rashid was unbeaten on 19 off just six balls, including one four and two sixes. For RCB, Hazlewood picked up two wickets.

It was a must-win game for RCB to stay alive in the competition. That is exactly when they started the inning. It looked like the former skipper, Virat Kohli, came up with a different plan to unleash himself and started playing his shots from the word go. Faf Du Plessis did struggle a bit, but he played second fiddle in the partnership really well. Both batters took the game away from Gujarat in the first six overs and added 115 runs for the first wicket. It was the highest opening partnership for the RCB this season. Looking for more online IPL betting sites for the 2022 season? Read here.

During the partnership, Virat Kohli also brought up his second half-century of the season and looked pumped up. Du Plessis got out after scoring 44 runs, which brought Glenn Maxwell to the crease. He came in to finish it up quickly and started playing his shots. However, to finish early, Virat lost his wicket, but before that he made sure that RCB would be going to win. In the end, Maxwell played a really good cameo of 40* off 18 balls, to seal the deal for Bangalore.

It took a while for Virat Kohli to score runs this season, and he was going through a rough patch. But last night, fans saw glimpses of vintage Virat, who always steps up in the chase in pressure matches. He scored a match-winning knock of 73 off 54 balls, including eight fours and two sixes. This is the highest score for him this IPL season and he also completed 7000 runs for RCB.

He was  “Man of the Match” last night. RCB got two vital points with this win, and now they are in fourth place. But their qualification depends on the DC and MI match. If DC wins, then RCB are out. But if DC loses, RCB will qualify.