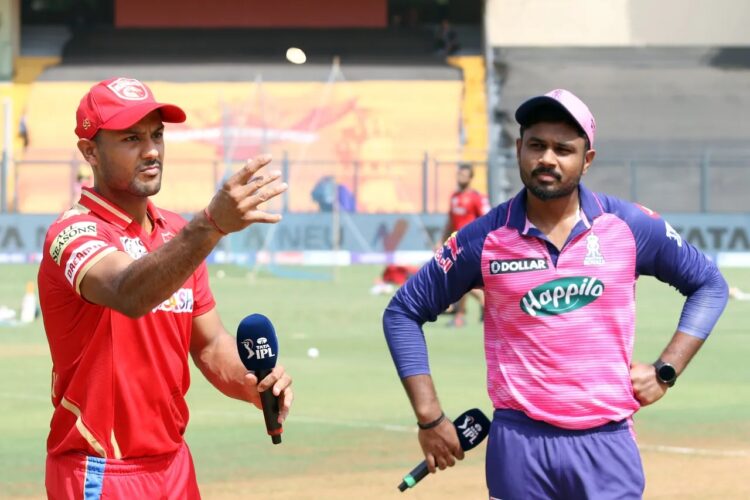 IPL 2022 LIVE: The 52nd match of the TATA IPL 2022 delivered an exciting contest for the fans. Two powerhouses locked horns in a nail-bitter. Rajasthan Royals took on Punjab Kings at the Wankhede Stadium in Mumbai. In the end, the inaugural IPL winner came out victorious. It all started with the toss.

The PBKS skipper, Mayank Agarwal, won the toss and took the courageous decision to bat first. The openers started really well and added 47 runs for the first wicket. However, the in-form Shikhar Dhawan didn’t do much and got out after scoring 12 runs.

But Bhanuka Rajapaksa (27 off 18) carried on the momentum and he, along with Jonny Bairstow (56 off 40), played their shots. In that process, Bairstow also brought up his half-century, his first this season. Chahal got the wickets of both batters in his spell. Skipper Agarwal (15 off 13), who came in at No. 4, didn’t look comfortable and became the third victim of Chahal.

But Jitesh Sharma and Liam Livingstone (22 off 14) added a quick 50 runs for the fifth wicket in just 25 balls. Jitesh was unbeaten on 38 off 18 balls, including four boundaries and two maximums, and helped his team to a competitive total of 189/5. If you’re looking for more cricket session tips for free and match guides written by the betting experts, read here.

Chasing the target, RR went with the combination of Buttler and Jaiswal. And both batters responded quite superbly. Buttler carried on to his form and scored quick runs in the power-play. He scored 30 off 16 balls before getting out to Rabada.

Skipper Samson played in a similar fashion as the RR opener and scored 23 off just 12 balls. After the fall of the skipper, Devdutt Padikkal joined the crease and the required run-rate was under control.

Both left-handers added 56 runs for the third wicket to shift the game to RR’s favour. Jaiswal brought up his half-century during the partnership, before getting out. In the end, Shimron Hetmyer played another important cameo to see RR home. The left-hander was unbeaten on 31* off 16 balls, including three fours and two maximums.

The left-hander was dropped from the squad after the first games of the season. But how well he performed in his comeback match showed everyone that he is still the best option at the top.

The 20-year-old brought up his second IPL half-century and laid the foundation for a win. RR got two vital points and moved one inch closer to the playoffs with this win. Jaiswal was also named “Man of the Match” for his knock of 68 off 41, which included nine boundaries and two maximums. Read Mobile Bet365 reviews here and learn more about how betting works online.