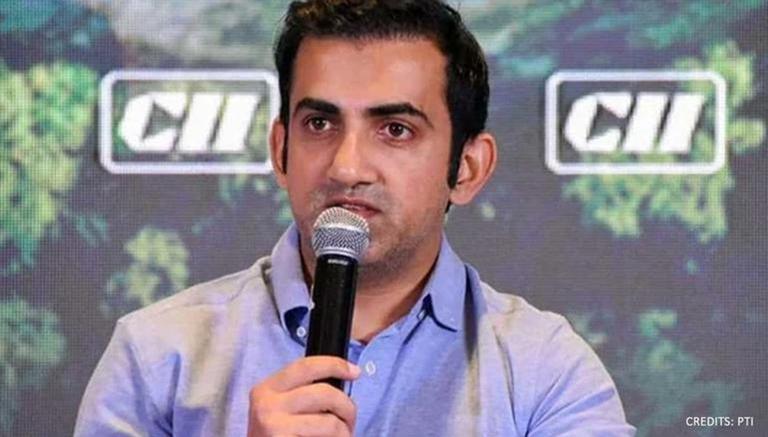 IPL 2022: A former Indian batsman and the mentor of the Lucknow Super Giants has been tested positive for COVID-19. On his Twitter account, Gautam Gambhir said he had tested positive, he is also a current Lok Sabha member from East Delhi. Gautam Gambhir has been appointed as the mentor of the new IPL team, Lucknow, for the coming season. This could be a big upset for the team as the Mega-auction is around the corner. Check the bbl live score updates and the results.

Gautam Gambhir said on Twitter, “After experiencing mild symptoms, I tested positive for COVID today. Requesting everyone who came into my contact to get themselves tested. #StaySafe.” Gautam Gambhir has put himself in the isolation and asked everyone who came in his contact to get themselves tested. Gambhir represented India in 54 Tests, 147 One-Day Internationals, and 37 Twenty20 Internationals. Gambhir was also a member of the T20 World Cup-winning team in 2007 and the 50-over World Cup-winning team in 2011.

IPL 2022 will see two more teams now. Lucknow and Ahmedabad will be the two new teams. Sanjiv Goenka, the owner of RPSG Group, is the owner of the new IPL Lucknow franchise. Ahead of the scheduled IPL 2022 mega auction, the Lucknow IPL franchise had signed KL Rahul as captain for Rs 17 crore and spent Rs 9.2 crore and Rs 4 crore on Marcus Stoinis, an Australian all-rounder, and Ravi Bishnoi, a young uncapped Indian leg-spinner.

The side will be coached by ex-Zimbabwe cricketer Andy Flower, and Gautam Gambhir has been appointed as the mentor. But just a few weeks are left in the mega-auction, which will be scheduled for February 12 and 13. So Gautam Gambhir, who has tested positive, could prove to be upset for them.

Fans wished him a speedy recovery

After getting this news, some fans seemed concerned about Gambhir’s health. And many fans wished him a speedy recovery on Twitter.

Talking about IPL 2022, 10 teams have retained a total of 33 players. Ahmedabad, the second new team of the T20 league, has made Hardik Pandya the captain. This time 74 matches are to be played in the league. The league is likely to start from the last week of March. However, the program has not been announced yet. Due to Corona, it can be organized outside the country as well.

Gautam Gambhir is in isolation currently and is likely to be available for the mega-auction. The mega-auction will be held in Bangalore. And it will be interesting to see which player will get the highest bid. Many star players have registered their names already. So stay tuned for the latest cricket scores and news.  Here’s guide of what are the best betting apps for phone.