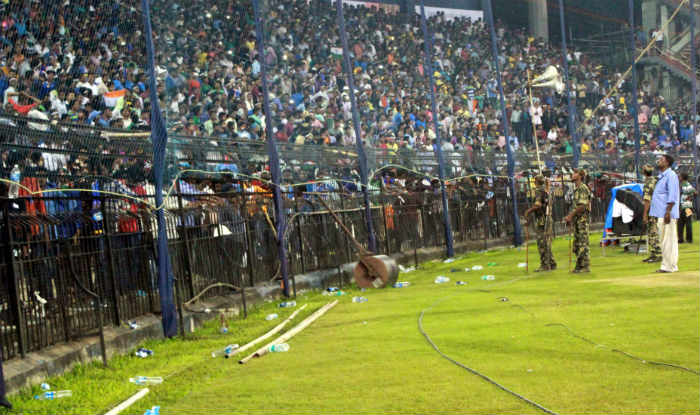 IPL 2022: BCCI has announced the venues for the upcoming IPL 2022. It will be a 10 teams competition and will kick start on the 26th of March. Council has chosen four stadiums as the host of IPL 2022. And the stadiums are Wankhede, DY Patil, Brabourne and Gahunje Stadium. Wankhede and DY Patil will host every 20 games while Brabourne and Gahunje Stadium will host the rest of 15 games each. Looking for the complete IPL team list and 2022 IPL Match prediction? Check it out here.

On Saturday, Maharashtra Sports Minister Sunil Kedar expressed his thought on crowds’ allowability for the IPL 2022 matches. And he said there is pretty possible that the crowd may get a chance to watch and support their teams from stadium stands.

The covid cases across India have reduced and it’s very satisfying news to all of us. For the last year even more than a year, most of the cricket games in India had been played under close doors. Last series against New Zealand where the crowd got permission to watch the game from the stands. But again in the West India series, it happened all in close doors.

Fans are an essential part of any sporting event and IPL is a global cricket event. Last season it stopped in the middle of its continuity for the covid outbreak in teams. But this year everyone is hoping that all things just with the way as decided. Four venues will host the league stage matches as said earlier. But the biggest concern is coming on the permissibility of the crowd in the stadiums.

“I hope the way COVID-19 cases are reducing day by day, we have a free (atmosphere). We hope that when IPL matches take place, at that time the atmosphere will be such that all people will be permitted to visit the stadiums,”

He also added that it would boost the player’s sporting spirit. People have been sitting in homes for more than a year and this will be an opportunity for them to come together again enjoy the sport. Earlier, Kedar’s ministerial colleague and Maharashtra Minister Aaditya Thackeray had reviewed the stadium. And they observed the preparation that are going on.

A source in the know of things has confirmed that the crowd will be surely allowed for the matches as per guidelines. He also said that if covid goes in a controlled manner and cases remain under threat then it might be a full house at the business end.

For more IPL betting tips, read more here and learn from the experts.