Home » News » IPL 2022: Mahela Jayawardene Being Questioned For His Priority of Mumbai Indians Over National Team

IPL 2022: Mahela Jayawardene Being Questioned For His Priority of Mumbai Indians Over National Team 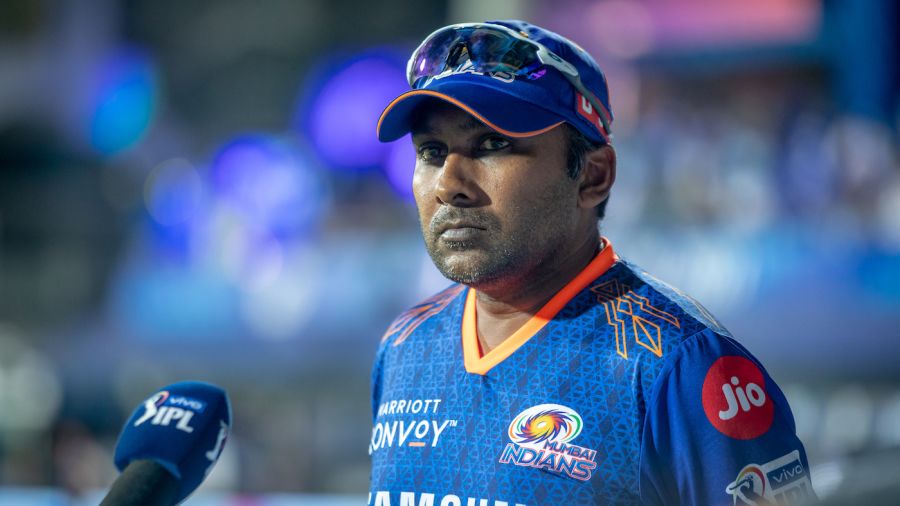 IPL 2022: The discussion over Nation vs IPL is no longer till to the players. Mahela Jayawardene, a former great of Sri Lanka and current coach of the Mumbai Indians (MI), was also had mentioned in the discussion. Jayawardene, who is also the ‘consultant coach’ for Sri Lanka, is being questioned about his commitment to the national squad. For more IPL 2022 Season match predictions and match updates, read more here.

Jayawardene is Sri Lanka’s consultant coach from January 1, 2022. Jayawardene’s new responsibilities include: “the overall cricketing element of the national teams and will provide invaluable strategic support for the players and management teams at the High-Performance Center,” according to SLC. Rax Clementine, a well-known Sri Lankan cricket journalist, questioned Jayawardene’s devotion to the national team in an editorial for Sunday Island.

“Tours of India and Australia are the toughest ones. But he’s not in the dressing room when players need him most. He’s supposed to be providing instructions virtually. Surely, Ambanis are not going to allow him to take a break middle of IPL”.

Not only that but there were attempts to speak with some former Sri Lanka cricketers, who were equally unimpressed with Jayawardene’s participation.

“He is too occupied. MJ has whole lot of things up his sleeve. With national team you required full & undivided committment & the same is missing with Mahela. Even the national coach appointmment is pending”.

Said one of the former Sri Lanka test cricketer

Cricket experts, writers, and fans are likewise concerned about one person wielding too much authority. Some reports claim that Jayawardene (MI) and Kumar Sangakkara (Rajasthan Royals) will shortly join their respective IPL franchises for the 2022 season. This means that they will not be available for Sri Lanka National Team.

Jasprit Bumrah, India’s frontline seamer, recently discussed his connection with skipper Rohit Sharma. He stated that Rohit Sharma’s faith and trust in him aided him greatly throughout his developing years with the Mumbai Indians. Jasprit Bumrah told Ravichandran Ashwin on his YouTube show that his connection with Rohit Sharma has been the same since the beginning of his career, and that the skipper’s trust in him has played a significant role in his success.

The highly ranked Indian fast bowler stated that their connection has progressed to the point where Rohit Sharma now gives him control over his field placements and bowling strategies for the Mumbai Indians.

“It’s been very good (Relationship) since the early days. When I came into the side, Ricky Ponting was the captain but I was not playing regularly. But under Rohit, I did. He had a lot of confidence in me, he instilled confidence.”

Looking for more Cricket tips, check it out here on our site.