IPL 2022: “Making Kohli as Captain Again Will Be the Easiest Solution for RCB,” says Ajit Agarkar 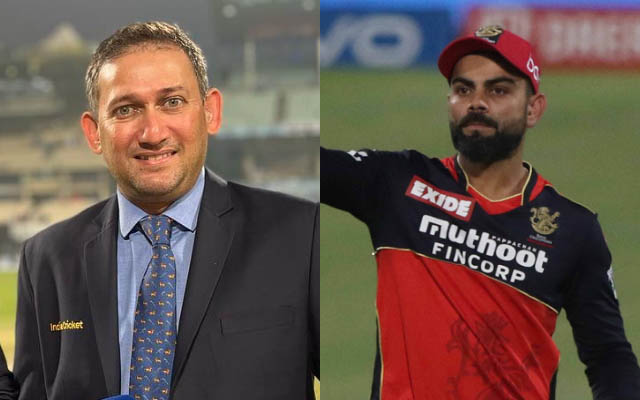 The franchise has decided to retain Kohli ahead of the mega auction in 2022. Virat Kohli also resigned as India’s T20I captain shortly after quitting as RCB skipper, citing workload management as the reason. India had gone into the T20 World Cup under Kohli’s leadership. But the Asian powers were unable to advance to the knockout stages of the major tournament.

Former India all-rounder Ajit Agarkar, though, believes that it would be better for Bangalore if Kohli lead them once more. He believes this as the RCB has never invested in building a good squad with enough depth over the years.

“If Virat Kohli can take over the captaincy and if he is happy to do it and if he has the energy to do it, I think that will be the easiest solution for them.”

“At the end of the day, we have seen RCB over the years they haven’t invested enough money in making a proper team of 12, 13 or 14 players with enough depth. It’s always been dependent on the top three. Not enough middle order players and if you don’t have the money, you can’t do that again. So, if you break the bank for one player, doesn’t matter how good he is – will win you games but will never win you competitions.”

The Royal Challengers Bangalore will enter this week’s IPL 2022 mega auction with high hopes, wanting to maximise their strength in order to assemble a strong squad. RCB will be looking for a player with good leadership skills during the two-day auction in Bengaluru. The Bengaluru-based team is yet to appoint Kohli’s replacement.

On Sunday, during the first ODI of the three-match series against West Indies in Ahmedabad, former India captain Virat Kohli was bang on with his decision, persuading India’s current ODI skipper Rohit Sharma to use the DRS. During this match, all those who had questions about their relationship had their answer.

As Kohli is not the ODI captain now and Sharma is the captain in place of him, there are a lot of rumors about their rift. This was the first time Rohit and Kohli were playing together since the change of captaincy. The way they interacted with one other on the field made it appear like there was only positive relation between them.

Following India’s early elimination from the T20 World Cup, Kohli was also relieved of his duties as ODI captain. Rohit Sharma is given charge of the limited-overs teams now.