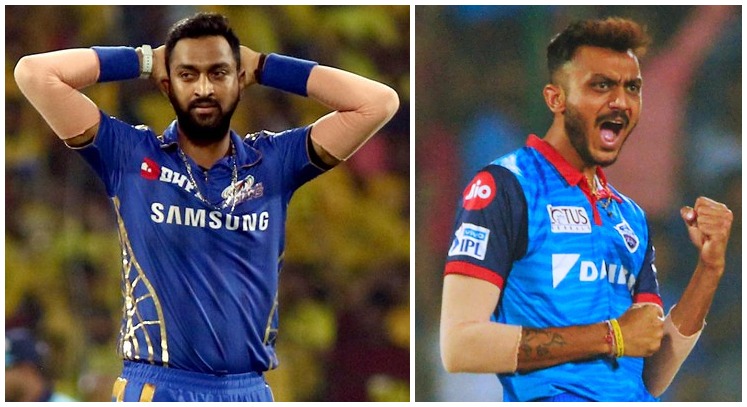 IPL 2022 Mega Auction: When the T20 format was launched in 2003, everybody had a hard giggle. The approach to Test cricket was far more meticulous. After five grueling days, the better team always wins. ODI was somewhere in between.

T20 cricket was agreed to be the most random of the three formats. Given the hectic nature of the format, anybody can beat anybody and the margins of the game can’t be controlled.

However, as the balance of power in cricket has shifted towards T20, the money and research being poured in to figure out how to be successful have proven to be the exact opposite – especially in franchise tournaments like IPL.

Instead, the format has prompted a massive increase in the use of data analysis – using hard, cold numbers to improve recruitment, selection, and tactics in unprecedented ways. When it comes to this, one IPL team outperforms the others. Looking for IPL betting tips that are accurate? Then read more here.

“Mumbai Indians’ success has been rooted in out-thinking their opponents. They are excellent at doing it before they even get to the auction table. “They’ve got a very good idea of how to assemble a team because they’ve used data to establish the best strategy.

The countdown for IPL 2022 mega auction has begun. This auction is expected to be the most exciting to date due to the inclusion of two new teams. One of them being Ahmedabad. Now, if I were to lead the auction table of the Gujarat-based franchise, I would have suggested the owners go after left-arm spinners.

There is something about left-arm spinners when they play at Narendra Modi Stadium in Ahmedabad. They seem to get a little bit more purchase and help from the wicket compared to any other spinners.

We all saw what left-arm orthodox spinner, Axar Patel did with the pink ball against England last year. Everybody was expecting the pacers to rule to roost under the lights with a shiny pink new ball. But spinners dominated the game with Axar himself running away with 20 wickets in the two-Test matches.

We also saw how Punjab Kings’ Harpreet Brar, another left-arm spinner, broke the backbone of Royal Challengers Bangalore (RCB) batting in an IPL game last year. Never in his life could Brar have imagined that he would outfox Virat Kohli, Glenn Maxwell, and AB De Villiers in a single game.

In that match, RCB had a left-arm orthodox spinner, Shabaz Ahmed in their lineup. He too scalped 1 wicket after giving away 11 runs in 2 overs.

Moreover, it is being learned that BCCI is planning to hold IPL 2022 at three venues – Mumbai, Pune, and Ahmedabad. Therefore playing more than 50% of matches at home will give them an added advantage over other teams. Looking for cricket betting tips? Check our tips here.

IPL 2022: Left-arm spinners Ahmedabad can target in the mega auction

Ahead of the IPL 2022 mega auction, Ahmedabad has already drafted champion bowler Rashid Khan for a whopping Rs 15 crore. To add to their impressive tally, the Gujarat-based franchise can go big for these left-arm spinners

Krunal Pandya has been instrumental in Mumbai’s three title-winning campaigns over the last five years. The left-arm orthodox spinner is capable of contributing to all three aspects of the game. However, his performance graph came down last year where he could only manage five wickets and scored a meager 143 runs. Therefore, Mumbai had no option but to release him.

Ahmedabad, which is owned by CVC Capital, will make its debut in the IPL with the 2022 edition of the cash-rich league. With a new entity, the owners will look for well-known players to join their ranks. They will require players who can add value to the team, and Krunal Pandya perfectly fits the bill.

Krunal, as a seasoned campaigner, could be part of the core group. Coming from that region of the country, he knows the ground and the wicket better than anyone else, which will be beneficial to the new team.

The 26-years skillful left-arm spinner, Harpreet Brar has risen to prominence following his exploits in the recently concluded IPL 2021. The spinner had to wait for his opportunity in the IPL, but when it came, he grabbed it with both hands open.

Brar made his IPL 2021 debut against Royal Challengers Bangalore (RCB), where he took three wickets while conceding 19 runs. He made a memorable IPL debut with memorable wickets of Virat Kohli, AB de Villiers, and Glenn Maxwell.

He is no mug with the willow in hand either. In the same match, Brar played a handy cameo of 25 from 17 balls which included two monstrous sixes. He will a good addition to the Ahmedabad franchise.

Vicky Ostwal is the best bowler in the current India U-19 squad, as evidenced by his 5/28 against South Africa. The left arm-spinner has the potential to become the U-19 World Cup’s leading wicket-taker in 2022, which would be an excellent addition to his already impressive resume.

Good Indian spinners with a bit of mystery are a rare commodity, so Ostwal will certainly get a good deal in the IPL auction. When his name comes up, Ahmedabad should run behind this talented U19 star.

Ahmedabad has roped in Gary Kirsten as a mentor for TATA IPL 2022. They have also signed Ashish Nehra as the head coach of the franchise. Moreover, the ex-Indian pacer will also be involved in strategy building and team composition.

It should be noted that Ashish Nehra and Gary Kirsten have a long history of productive collaboration. Both of the aforementioned were members of the RCB coaching group. Furthermore, Ashish Nehra was a member of the Indian team that won the ICC ODI World Cup 2011 under Gary Kirsten’s coaching.

Therefore, don’t be surprised if Ahmedabad changes the dynamics of the auction and go big for a quality left-arm spinner who can contribute with the bat as well. Here are some cricket betting apps for smartphones.