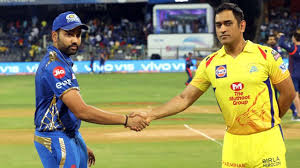 While, this would be Cricket South Africa’s (CSA) third attempt at launching a T20 league, having failed the first two times. The Global League T20 was originally set for November 2017. However, it was postponed due to a lack of broadcasters, title sponsors, and proper organization.

The Mzansi Super League (MSL), which consisted of six CSA-owned teams, replaced the T20 league. The MSL was held in 2018 and 2019. But it was postponed for the next two years due to the COVID-19 pandemic in the country. CSA wants to develop the “second finest T20 league in the world” after the IPL, according to a document discussed at a special meeting of Cricket South Africa’s (CSA) Members’ Council.

According to ESPNCricinfo, the document concedes that only the IPL has had “runaway success”. And that there is a “clear difference” between India’s T20 league and the others. Leaving CSA with no alternative but to focus on becoming second-best in the T20 tournament stakes. Sundar Raman, the former chief operating officer (COO) of the IPL, has purchased a 12.5 percent stake in the event. With the CSA owning 57 percent and broadcaster SuperSport owning the remaining 30 percent. According to an ESPNCricinfo article, CSA estimates that the league will cost USD 56 million over ten years. And it will generate USD 30 million in revenue during that time. Discover more IPL betting sites that are legal in India here on our site.

The Competition Will Take Place in January 2023

SuperSport will have to pay USD 89 million. Allowing CSA and the franchises to divide profits 50-50 for the first decade. The CSA’s T20 competition will take place in January 2023. And it will feature six clubs (this time privately owned) who will play each other twice, at home and away. They will complete 30 group stage fixtures before the playoffs.

Four IPL teams, including Reliance Industries’ Mumbai Indians and India Cements’ Chennai Super Kings, are in interest in the T20 league, which will take place within South Africa. The teams will be getting USD 1.5 million respectively, to spend on their player acquisition.

Following two unsuccessful attempts, CSA has every right to be in please with the addition of Raman, the COO of the world’s most successful T20 league, according to their own admission. As CSA makes its third attempt to join the T20 league bandwagon. The interest displayed by Mumbai Indians, Chennai Super Kings, Delhi Capital, Rajasthan Royals, and a “Kevin Pietersen-led consortium” only raises the stock of their initiative. Will they be lucky the third time?

Only the future will tell.

Get the latest IPL betting apps for IOS and Android here and learn about on how betting works online.