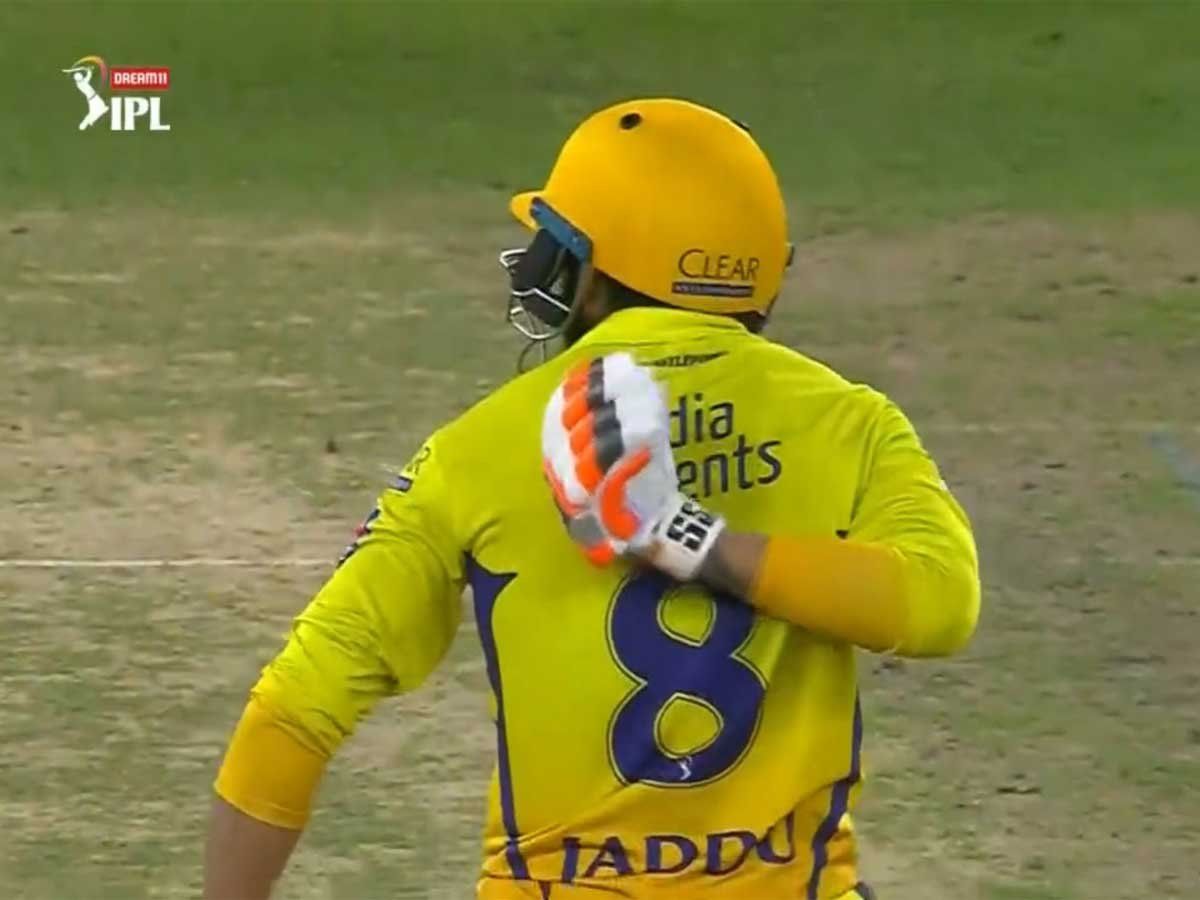 Skipper MS Dhoni has arrived in Chennai to join the preparations for the IPL auction. The Mega-Auction will take place in Bangalore between February 12 and 13. The CSK team management who are active on social media are in the headlines for something different this time. Here’s IPL team list 2022 and get the latest news here.

Star Sports polled fans ahead of the auction to see who they thought would be MS Dhoni’s starting XI. The team sent out a tweet in Tamil, with seven blank spaces. Jadeja requested a translation because the tweet was in Tamil. According to the CSK’s official broadcasters, Jadeja will bat at number eight. Following this, Chennai Super Kings all-rounder responded with a hilarious response.

Jadeja who is known for his witty reply and tweets, took a funny dig this time as well. He replied to the tweet in his own style. Because the tweet was in Tamil, the flamboyant all-rounder had no idea what it was about. But, once he realised what was going on, the 33-year-old said, “No 8 too early for me!” “Put me at 11,” followed by a series of laughing emojis.

In IPL 2021, Jadeja batted at no.4 in a few matches for the CSK, and a section of CSK fans has been regularly taking to their social media handles, requesting the franchise think-tank to promote him up the order, above his normally slated no.6 position.

CSK had a great campaign in IPL 2021 where they went on to bag the glory for the fourth time in the history of IPL to be only behind MI’s count of five titles. After having an absolutely forgettable campaign in 2020, they bounced back in style and fixed all their departments to claim the top glory.

Chennai Super Kings will enhance their squad by acquiring the necessary players in the IPL 2022 mega auction. When it comes to the Chennai Super Kings, the team with four IPL titles will always prefer to play with their core team, which will almost always remain unchanged in almost every situation.

CSK is well-known for sticking by their players even when they are in difficult situations.Chennai will compete in the IPL 2022 mega auction with a purse of INR 48 crores. CSK will try to sign the best wicketkeeper-batsman in the near future to replace MS Dhoni. However, CSK would love to rope in a few players who played for them last season.
Read our free cricket bet tips and learn how we predict matches.