Home » News » IPL 2022: One Weakness of Each Team in the Upcoming IPL Season

IPL 2022: One Weakness of Each Team in the Upcoming IPL Season 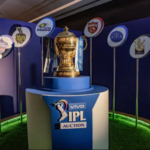 IPL 2022: India are gearing up for the 15th edition of the Indian Premier League. So are the teams. Each franchise aimed to build a team of their choice. The IPL has inducted two new teams this year and organized a mega auction ahead of the upcoming season. The concept was to overhaul all the teams and restock them with a new set of players. The team was allowed to retain up to 4 players ahead of the auction. In the mega auction, as many as 204 players were bought by 10 franchises to build their teams.

Find today’s IPL match prediction and guides for the upcoming match here on our site.

Each franchise tried its best to build a sound and stable team. However, they are all lacking on some front(s). Here we will discuss:

IPL 2022: One Weakness of Each Team in the Upcoming Season

Chennai Super Kings have won the title four times and are the defending champions this year. CSK have always relied more on experience than anything else. They have gathered almost all of their core group from last year for this season. The side seams a little weak in death bowling. Deepak Chahar is better in the powerplays but is now out altogether due to injury. Adam Milne and Chris Jordon leak runs in death overs that might not prove effective.

Mumbai Indians are the most successful franchise in IPL history. Their successes have stemmed out of team performances. However, this year their squad lacks a quality spinner who can bat. With Quinton De Kock and Pandya brothers gone, the team looks brittle in the middle-order and lacks an all-rounder who can bat in the middle overs and proves to be a quality spin bowler.

Delhi Capitals have a solid batting line-up. With David Warner and Prithvi Shaw in the top-order and Rishabh Pant in the middle, their batting line seems sorted. However, their pace attack is not as threatening as it should have been. With no Kagiso Rabada in the team, the onus now lies on Shardul Thakur, Lungi Ngidi and Anrich Nortje, which seems far-fetched due to limit of 4 overseas players.

Gujarat Titans are one of the two new franchises in this year’s IPL. This year’s auction was their first and they were expected to make mistakes. The side has gone with less specialist bastmen and more all-rounders. They lack options for the top-order. Now, with Jason Roy pulling out a few weeks before the tournament, it has caused more problems for the team.

Know why Bet365 is legal in India and learn how online betting works.

Sunrisers Hyderabad won the IPL title in 2016. This year, they will look to repeat that performance. However, it seems distant with the lesser flexibility in the side. A lot depends upon Kane Williamson. If he misses out, the top-order will rip open with no experienced player to fill that spot. Moreover, SRH lacks a quality spinner in their side. With conditions conducive to spin bowling, SRH will miss the services of a genuine spinner in the middle-overs of the innings.

RCB is coming off a huge change. Chris Gayle and AB DeVilliers are no longer part of the IPL. Virat Kohli is no longer the captain. However, the franchise has tried hard to fill the gap of AB and Chris Gayle with Glen Maxwell, Faf du Plessis and Dinesh Karthik, but it is simply impossible. The middle-order seems brittle due to inexperience. Much will depend on Glen Maxwell and Dinesh Karthik to take on the responsibility.

Punjab’s team looks with no noticeable weakness in the first go. Players like Shikhar Dhawan, Mayank Agarwal and Jonny Bairstow in the top-order promise a solid start. Their bowling also looks workable. However, the team could have gone for one more Indian batsman in the mid-overs. This would have provided flexibility and depth to the team.

9) Lucknow Super Giants (Middle-order could have been better)

With KL Rahul and Quinton De Kock at the top, the Lucknow Super Giants’ top order looks stocked. The franchise has done commendable work to ensure a good bowling line-up. LSG picked leg-spinner Ravi Bishnoi as their draft pick ahead of the auction. Jason Holder, Mark Wood and Avesh Khan will form a good pace attack. However, the franchise could have done better for the middle-order.

Kolkata Knight riders went for high quality indian players at the auction. However, the team looks short of a quality opener. Pat Cummins is set to be a part of the bowling line-up. Andre Russell and Sunil Narine are indispensable in the team. The only big name among wicket-keepers is Sam Bilings. Ajinkya Rahane hasn’t been in the best of his form lately. KKR will look to fit Alex Hales as the opener, which is not going to be easy considering only 4 overseas players are allowed in the team. If they fit Alex Hales, it will compromise other departments of the team. For more Cricket tips, read more here on our site.