Home » News » IPL 2022: Predicting Five Batsmen Who Could Win the Orange Cap for the Upcoming 2022 Season

IPL 2022: Predicting Five Batsmen Who Could Win the Orange Cap for the Upcoming 2022 Season 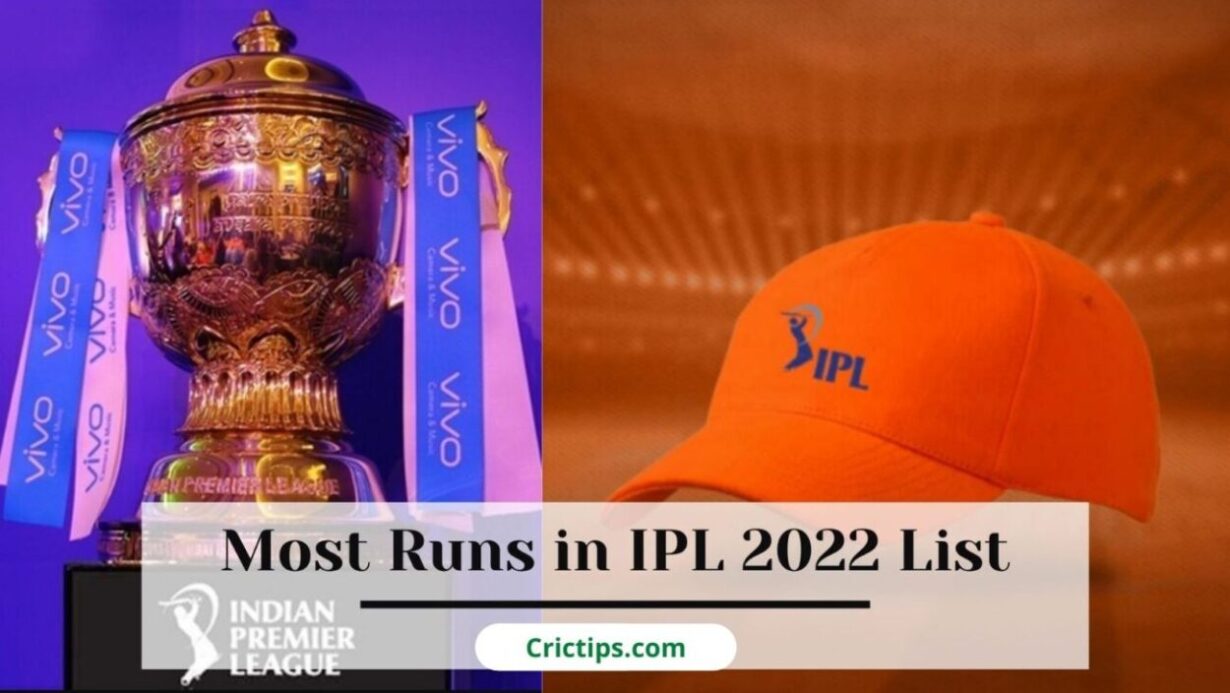 IPL 2022: The biggest T20 carnival is about to start on March 26. The Indian Premier League will feature ten teams this season, competing for the IPL title. It will be a two-month-long tournament that will end on May 29, 2022. Fans look to see more sixes, boundaries, and wickets in the game, and that’s the reason the IPL is watched all over the world. However, in this article, we will be looking for the top five batsmen who are the contenders of the Orange Cap for the 2022 season. Find here all IPL teams lists and Match Predictions.

The Orange Cap is presented to the leading run-scorer during the entire season of the Indian Premier League. In case of a tie between two batters, the batsman with the better strike rate is awarded the Orange Cap. So let’s check out five such batsmen who can lead the chart for the upcoming season.

The Indian vice-captain is a run machine when it comes to the IPL. He is the leading run-scorer in the last four seasons combined. Rahul has scored a total of 2583 runs in the last four seasons, which is the highest by any batter. Last year as well, he was the third-highest run-scorer on the list, just behind the 9 runs of Rituraj Gaikwad, who has 635 runs. However, Rahul played three matches fewer than him.

This year he is with the new franchise, Lucknow Super Giants. He will be seen leading the team and can get more options to showcase his talent. And he has also been in very good form of late. So there are chances that he could be the MVP this season.

The veteran left-hander is one of the best batsmen in IPL history. He is the second-highest run-getter with 5784 runs overall. Dhawan has also performed exceptionally well in the last few seasons of the IPL. The left-hander has scored approximately 500 or more runs in each of the last five seasons.

And with the T20I World Cup later this month, this will be the perfect opportunity for Dhawan to make a mark and regain his position in the T20I team for India. The management is giving more opportunities to the young guys, but the left-hander is still better than many of those at the top. Dhawan scored 587 runs in 16 IPL games in the 2021 season.

The former South Africa skipper is the most consistent overseas batter in the Indian Premier League. He was one of the main reasons that CSK won their fourth IPL trophy. Along with Ruturaj Gaikwad, he was unstoppable at the top of the order. Du Plessis was the second-highest run-scorer with 633 runs in the IPL 2022, just three runs short of Gaikwad. Here are more Bet365 betting tips and guides for the upcoming match.

However, he will be a part of Royal Challengers Bangalore this season and there is speculation that he could also lead the team in the tournament. And if it happens, then we could expect more runs from him as a captain. And with the likes of Virat Kohli, Glenn Maxwell, and Dinesh Karthik on the team, he can also bat without any pressure. He is unquestionably a contender for the Orange Cap this season.

The young opener is in the form of his life. He is scoring runs in every match whenever he gets the chance. And it all started in the last few matches of IPL 2020 in the UAE. IPL 2020 was a nightmare for the Chennai Super Kings, and in their last few games, they tried Gaikwad at the top. And it actually worked for them, and the Maharastra batsman hasn’t looked back since.

Gaikwad was the highest run-getter last season. He scored 635 runs in just 16 games, including one century in the tournament. And he hasn’t finished there yet. He was also the highest run-scorer in the Vijay Hazare Trophy 2021-22, with 603 runs at an average and strike rate of 150.75 and 112.92, respectively. As a result, it will be tough for the other batters to overcome him in the scoring charts.

Sanju Samson is a beast when it comes to the IPL. The 27-year-old is improving with every season he plays in the IPL. He was the lone warrior for the Rajasthan Royals in the last season, scoring 484 runs in 14 matches. Samson also scored a century (119) against the Punjab Kings, which was the highest individual score last season.

And with the new season, we can see more runs from this powerful opener. He also has a few international matches under his belt now, with some good cameos. And getting an Orange Cap in the 2022 season could lead to a World Cup call in Australia. So this will be the right opportunity for him to showcase more. Read more 10cric reviews here and learn how online betting works.