Home » News » IPL 2022: Ranking the Teams Based on Their Final Squads

IPL 2022: Ranking the Teams Based on Their Final Squads 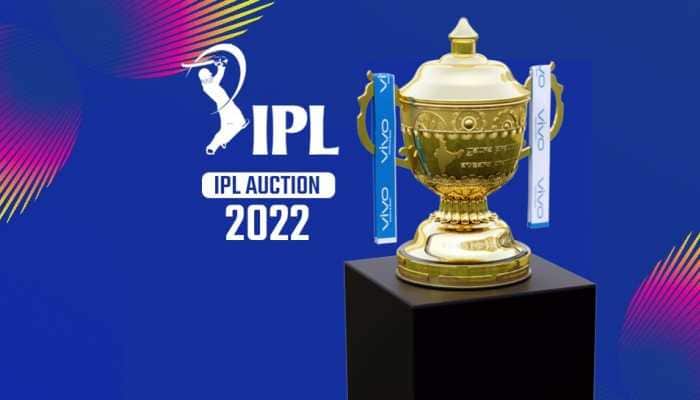 IPL 2022: IPL mega auctions are over and all the IPL squads are set to finalize their playing XI for IPL 2022 tournament. This year’s T20 tournament is expected to be more thrilling and exciting. Primarily because of two reasons, one is the introduction of two new teams and two, all the franchises will have some new faces in their team. Find here more IPL news updates and match predictions for the 2022 Season.

During the mega auction, some of the unexpected names went unsold and some of them became millionaires. The think tanks of all the teams have done a pretty good job. However, looking at the complete squad, all ten teams do lack somewhere. Even though every franchise had a good amount left in their purse, still they couldn’t buy their desired players.

Without wasting any time, let’s rank all the ten teams of IPL on the basis of their final squad after IPL 2022 mega auction.

It will be good to see Gujarat Titans in the upcoming tournament of IPL. The moment it was official, Titans immediately bought Hardik Pandya, Shubham Gill, and Rashid Khan from the draft. Now Titans were expected to build their squad with some more big names through the auction.

However, turns out that the new squad has completely failed to do so. As the bidding started on day 1, Titans had no idea on whom to buy and which player to leave. As a matter of fact, the franchise didn’t have any wicket-keepers till the final moments of the auction. Looking at their complete squad, Titans have just focused more on bowling attacks and their batting will be more dependent on Hardik Pandya and David Miller.

Sunrisers Hyderabad was highly motivated to build a new squad after last year’s disappointing run in the tournament. Hyderabad was loaded with a huge task to find a replacement for David Warner. Kane Williamson will be leading the team from day 1 and the franchise will be expecting a positive result.

However, Hyderabad is still lacking and their squad is not as good as it was expected. The start of the IPL mega auction was very slow for the franchise and at the later stage they ended up buying more domestic talent. The bowling revolves around Marco Jansen and Washington Sundar. Bhuvneshwar Kumar is not in a good shape and can’t be trusted. Only Nicholas Pooran and Aiden Markram are two strong batsmen which Hyderabad has to make it to the top 4.

One team which completely disappointed its fans in IPL 2022 mega auctions was Chennai Super Kings. After retaining MS Dhoni, Ravindra Jadeja, Moeen Ali, and Rituraj Gaikwad, CSK was expected to go all the way in the auctions. However, it didn’t happen as planned.

CSK has kept their more or less the same. Deepak Chahar, Ambati Rayudu, Dwayne Bravo, and Robin Uthappa will be seen wearing the same jersey. More disappointing was that CSK’s think tank has been unsuccessful in finding out a replacement for Faf du Plessis. It looks like the franchise is now completely dependent on MS Dhoni’s captaincy and Jadeja’s bowling.

Read more reviews here about Mobile Bet365 and know how it works online.

As a new franchise, Lucknow Super Giants have done a good job in the mega auction. As soon as it became official, Lucknow roped in KL Rahul, Ravi Bishnoi, and Marcus Stoinis. Now, under the mentorship of Gautam Gambhir, they made a shopping list for IPL 2022 mega auction.

During the auction, Lucknow successfully bought Jason Holder, Quinton de Kock, and Deepak Hooda. However, the purchase of Avesh Khan for 10 Crore looks too expensive. Lucknow will be more dependent on their batting lineup. But, looking at their full squad, they can go the distance in the IPL if they manage to implement their plans correctly.

Rajasthan Royals has not seen a successful IPL campaign after the 2008 IPL trophy win. IPL 2021 was disappointing but good for their skipper Sanju Samson. However, IPL 2022 mega auction gave them R Ashwin and Yuzvendra Chahal.

Ashwin and Chahal can turn out to be deadly pairs for the opposition but except Sanju Samson, there is no other dependable name who can score runs for the team. Jos Buttler will be under pressure to perform in the middle order with Shimron Hetmyer. In pace attack, Prasidh Krishna is the only dependent pacer they have who can pick some early wickets.

Even after having a hefty amount left in the purse, Kolkata was not able to do a good job during the auctions. KKR started well by buying Shreyas Iyer and Pat Cummins for a big amount. However, after these two purchases, KKR’s plans suddenly got derailed.

With Nitish Rana and Shreyas Iyer on the team, the momentum of the game will get affected. Their middle order is filled with some inconsistent performers. However, Sam Billings, Alex Hales, Tim Southee, and Mohammad Nabi might be able to come out as match-winners for the team.

Mumbai Indians will defiantly make it to the top four as they had a brilliant IPL 2022 mega auction. After buying Ishan Kishan for 15.25 Crore, they build on an exceptional pool of overseas players. MI went on for shopping from a long-term perspective as they bought Jofra Archer as well.

Talking about good purchases, they have invested in Dewald Brevis, the U19 superstar. It will be interesting to see how they utilize their resources this time around. Rohit Sharma has a lot of thinking to do as they might be affected by bad purchases.

Punjab Kings was the only team to retain only two players and had the most money left in their purse. Mayank Agarwal and Arshdeep Singh were not a good choice to retain but Kings did a good job during the auction. They started aggressively on day 1 by buying Shikhar Dhawan and he will be leading the team in IPL 2022.

With Dhawan, Bairstow, Mayank, Livingstone, and Shahrukh forming the top order, the Kings look ferocious in their batting lineup. Punjab has also bought some of the best domestic players including Raj Bawa, the U-19 squad hero. Punjab might become the force that it used to be in 2014.

There is a high possibility that this year Royal Challengers Bangalore might be able to fulfill their dream by winning their maiden IPL trophy. One of the best reasons will be Virat Kohli playing his game as an individual but not under pressure to lead the team.

Another reason will be the presence of Glenn Maxwell, Faf du Plessis, Mohammad Siraj, and Harshal Patel in the same lineup. Wanindu Hasaranga can be a crucial match-winner for them as well. Even though they messed up during the initial phase of the auction, they made a strong comeback during the latter half of the event.

There is no doubt that the Delhi Capitals has the best team in the current season of IPL. DC was in a fire mode when they bought David Warner for a price of 6.5 Crore. It will be interesting to see Prithvi Shaw and Warner open the batting lineup for the team.

They have the likes of Sarfaraz Khan and Mustafizure Rehman in their team. Shardul Thakur, Anrish Nortje, and Lungi Ngidi will be handling their pace attack with Axar Patel in the spin section. The only issue is that their less experienced backup players but DC is the fittest team in the tournament and might lift the trophy this year. Find here more legit IPL betting sites and get more tips from the experts.