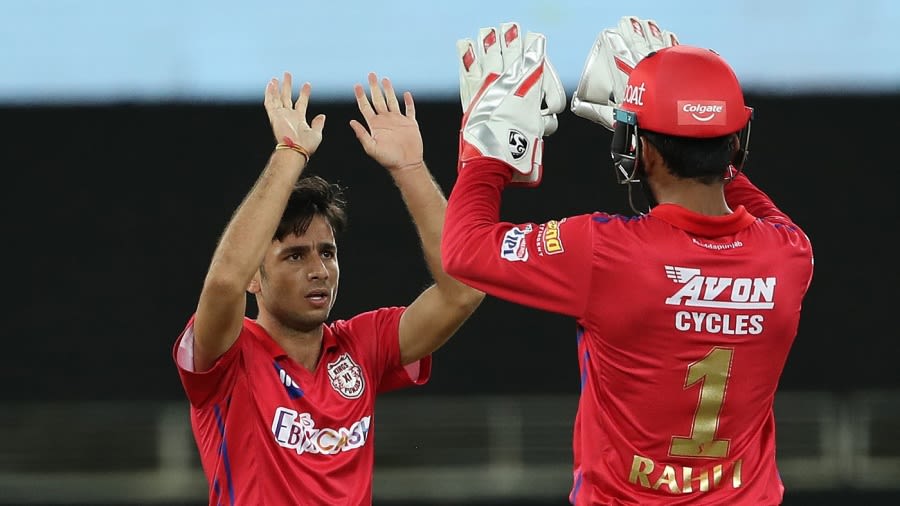 IPL 2022: The right-arm leg spinner, who played for the Punjab Kings in the 2022–2021 season. He was not retained by the Punjab Kings ahead of the 2022 season. Surprisingly, the new franchise, Lucknow has signed a deal with him.

Lucknow has picked him for a whopping amount of 4 crore rupees for the upcoming IPL 2022. Earlier, he was picked up by the Punjab Kings ahead of the 2020 season of the IPL. Ravi Bishnoi was signed by the franchise for INR 2 crore and his IPL 2021 price also remains the same.

“It’s a proud moment for me, my coaches and family as I am one of those few players among the world’s best picked by the franchise before the mega auction. Aur mereko lagta hain Rahul bhai ne bola hoga mere liye (I have a feeling Rahul must have suggested my name to the Lucknow franchise management). Now my focus is on doing even better for my new IPL team and helping them win games.”

Ravi Bishnoi stated to The Times of India

“I was given an opportunity to play in the very first season I was picked by the Punjab Kings (PBKS) in 2020. Throughout my two-year stint with them, I have received immense backing both from captain Rahul bhai and Anil Kumble sir (the director of cricket operations for PBKS). It was a big exposure for me as a youngster and it added to my confidence as a bowler.”

Rahul has signed a contract worth Rs 15 crore and will lead the team as captain. And the franchise spent Rs 11 crore for Stoinis and Rs 4 crore for Bishnoi. Former Zimbabwe international Andy Flower will be the head coach of the franchise. The Lucknow team has appointed Gautam Gambhir as their team mentor.

Since the 2018 season, Rahul has been a standout performer. In the last four seasons of the Punjab Kings, he scored 2,548 runs. After 2021, he chose to move on.

In his first two seasons with Punjab Kings, Bishnoi has played 24 games and taken 24 wickets with an impressive economy rate of 6.97. Stoinis has 56 IPL games under his belt and has performed admirably with both bat and ball. Stoinis has 974 runs with a strike rate of 135.8 and 30 wickets to his name. He was a complete package for his previous IPL team Delhi Capitals. He completed games, got wickets, and caught catches with ease.

Ahmedabad is another new team for the 2022 IPL. And they have also picked their draft players. Hardik Pandya has been appointed as the Ahmedabad franchise’s captain ahead of the IPL’s big auction in 2022. The team’s other draft picks are Rashid Khan and Shubman Gill.