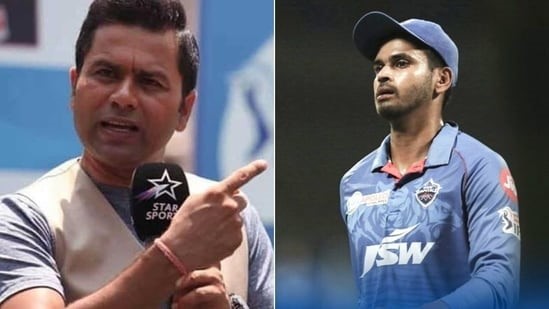 BCCI has shortlisted 590 players who will go under the hammer on February 12 and 13. They have further announced 10 marquee players who will have a good demand in the auction. Shreyas Iyer, Ravichandran Ashwin, Shikhar Dhawan, and Mohammed Shami are among the four Indians included in the list.

Chopra further said that teams will splash out money for Iyer because Ishan Kishan is not there on the list of marquee players. Looking for IPL online betting tips? Do check it here.

“The most expensive player, to be very honest, is going to be Shreyas Iyer. In this list, the most expensive will be Iyer because Ishan Kishan is not there. If Ishan was there, there could’ve been a tug of war. Now, they will reserve money for Ishan and money will be splashed out for Iyer,”

IPL 2022: Iyer can be potential captaincy option for RCB or KKR, says Chopra

Three teams – Punjab Kings, Royal Challengers Bangalore, and Kolkata Knight Riders will be looking for potential captaincy options in the IPL 2022 mega auction. PKBS and KKR have released KL Rahul and Eoin Morgan while Virat Kohli has stepped down from the captaincy role.

“Shreyas Iyer could be a potential captain of KKR or RCB. I don’t think Punjab would be looking at him,”

“KKR have retained Venkatesh Iyer, Andre Russell, Varun Chakravarthy and Sunil Narine. None of them can become the captain. This is the sad reality that you would still have to shop for the captain. I feel Shreyas Iyer has the potential chance of becoming the captain of Kolkata Knight Riders,”

While delving into other captaincy options among marquee players, Chopra said Shikhar Dhawan can be a short-term leader prospect for KKR.

Dhawan, the second-highest run-getter in the history of IPL has deputized for captains in Sunrisers Hyderabad and Delhi Capitals. However, he has never been looked like a choice to lead the team.

Dhawan can be a potential captaincy option for KKR who will also fill the role of an opener. KKR will be willing to spend big on him because they need a replacement for Shubman Gill. We have daily betting tips for cricket. Read more here for the updates.

“Can Shikhar Dhawan bring a short-term leader perspective for a team like say the Kolkata Knight Riders? I am just throwing out names there,”

Iyer is the best potential captaincy option for RCB. He is just 25-years old and the Bangalore-based franchise can build a team around him for the next 3-4 years. Moreover, under the guidance of Kohli and co, Iyer can be groomed as the potential future captain for the Indian team as well.
Here are some best cricket prediction apps for android.