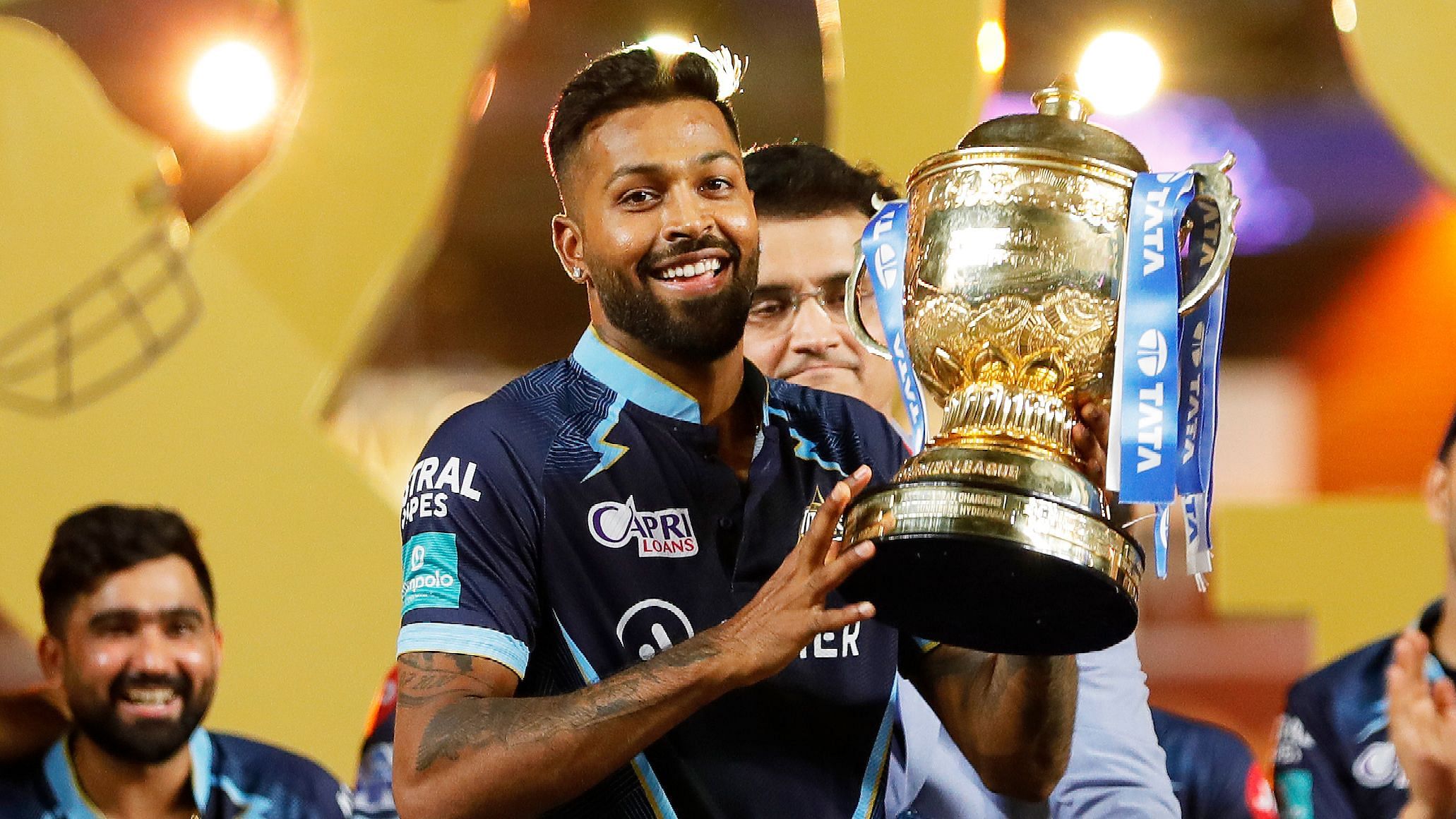 IPL 2022: The 15th season of the Indian Premier League has ended, and Gujarat Titans have declared their supremacy over all the teams. It was a brilliant performance from the whole team. The ferocious leadership of Hardik Pandya turned out to be one of the important factors for the team’s success. Hardik Pandya and his team had a fairytale journey in IPL 2022. Discover the ten best online betting sites in India and start betting online for this season.

Not only did Pandya recover from an injury but also turned himself into a strong allrounder player. He was effective with both the bat and bowl. He promoted himself as number 3 or number 4 batsman and helped the Titans in some difficult situations. Hardik smashed 487 runs at an average of 44 this season at a strike rate of 135.

Once the final was wrapped up, Hardik Pandya broke some records and we have compiled a list of the same.

After Gujarat Titans’ success in IPL 2022, Hardik Pandya is in the spotlight again. Winning an IPL trophy in a debut season is not an easy task. Hardik Pandya made it look easy and that was his skill. There was a lot of hard work which was involved in achieving what has a dream 2 months back.

There are very less cricket fans who have known the fact that Hardik Pandya went unsold in IPL 2014 auctions. He was a domestic cricketer at that ad a young cricketer from the grounds of Baroda. However, Pandya turned things in his favour in the 2015 auctions and was signed by Mumbai Indians for a sum of 10 Lakhs.

Things completely changed for Hardik since then. He became a crucial member of team India. The road to IPL 2022 triumph was not easy. Hardik was completely out of form and was injured before IPL 2022. The Titans skipper was unable to perform his duties as an allrounder.

Since his signing with the Titans, critics were not in favor of the player and his team. However, Hardik came out as one of the best all-rounders of the season and a captain who can’t be ignored. Pandya has completely revived his international career with the help of IPL 2022. Bet online by checking more expert betting tips from our professional expert tipsters.