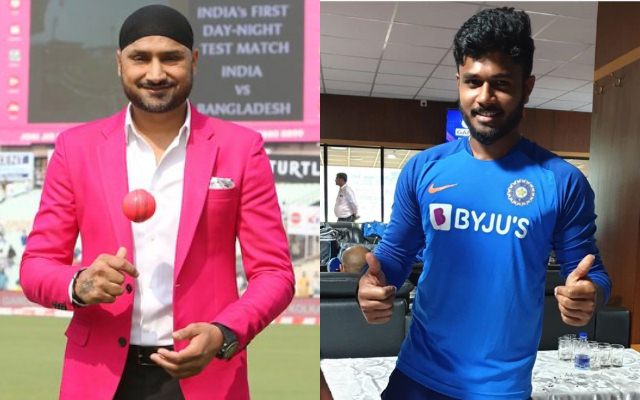 IPL 2022 Live: Rajasthan Royals have come closer to the final game of IPL 2022 in the ongoing tournament. They faced a disappointing loss in the last game against Gujarat Titans. However, the team looks all prepared for the second eliminator match against Royal Challengers Bangalore. RR vs RCB is all set to take place on Friday at 7.30 PM.

Former Indian cricketer and legendary spin bowler, Harbhajan Singh, has expressed his views on the Rajasthan skipper recently. “Sanju Samson has a lot of potentials, but he hasn’t scored as many runs,” said Harbhajan on Sanju Samson’s IPL 2022 season performance. Harbhajan also mentioned that Sanju has scored good 20s and 30s but was unable to play an impactful inning.

During an interview, Harbhajan was honest about his opinion on Sanju Samson. He said that Sanju carries the ability to be a strong batsman. However, Rajasthan’s skipper lost his wicket in most of the matches because of his own carelessness. Harbhajan also highlighted the fact that Samaosn has given his wicket easily to both spinner and pace bowlers both.

Former spin legend also shared that if Samson would have focused and converted his 20s and 30s into 70s, Samson would have confirmed his name for team India’s T20 squad. BCCI recently announced team India’s squad for the T20 series against South Africa and Sanju Samson was not part of it. Bet online by checking more top online IPL betting sites for the 2022 season here on our site.

Overall in IPL 2022, Samson has scored 420 runs in 15 matches at an average of 30.07. As Rajasthan comes face-to-face with Bangalore, Samson will have to play a crucial inning to take his team to the finals.

Rajasthan Royals is all set to face Royal Challengers Bangalore on Friday in the 2nd Eliminator game. It is expected to be a thrilling game as both the teams want to win IPL 2022 trophy. Here we present you the SWOT analysis of the Rajasthan Royals before the beginning of the game.

Strength: The strength of Rajasthan Royals lies in their batting lineup. Jos Buttler has gained his form back and he batted well in the last game. Yashaswi Jaiswal and Sanju Samson have also done a great job in the tournament. R Ashwin has gained popularity as an allrounder and that will work in favour of Rajasthan.

Weakness: Rajasthan Royals are dealing with their poor form in the pace attack. Prasidh Krishna is unable to pick wickets and Obed McCoy has been inconsistent throughout the season. This puts a lot of pressure on Trent Boult to do the job right.

Opportunity: The spin combo of Yuzuvendra Chahal and R Ashwin will be the biggest opportunity for Rajasthan Royals. Chahal is already picking up wickets and Ashwin can support him with his disciplined bowling.

Threat: One of the biggest threats to Rajasthan Royals right now is the inconsistency of their middle-order. If Shimron Hetmyer and Riyan Parag fail again, Rajasthan will be in big trouble. Are you looking for the most trusted real money IPL betting apps on the go? If yes, read more here.