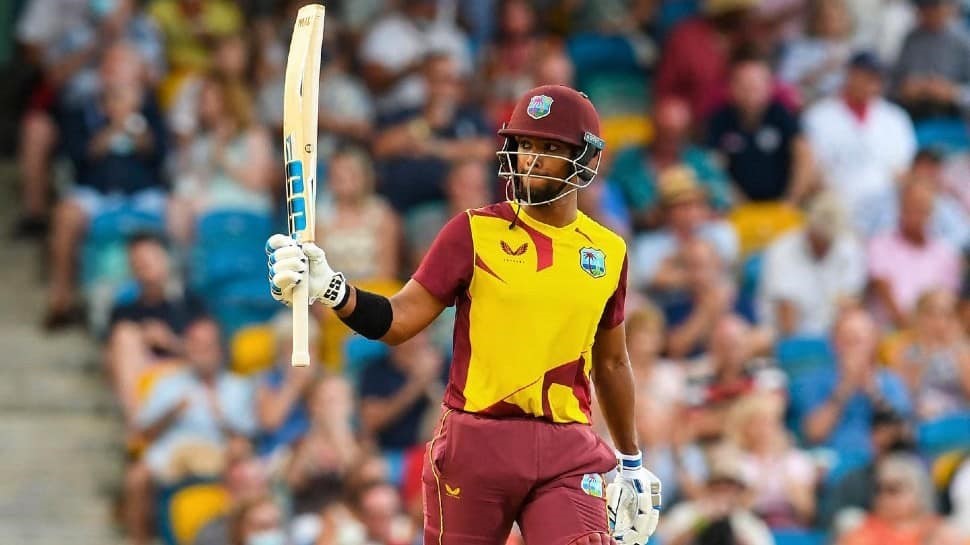 IPL 2022: Sunrisers Hyderabad’s million-dollar buy Nicholas Pooran stuns his opponents with a 37 ball century. The West Indies batter has finally found the shape he’s been looking for for months. Pooran continued with his purple patch in the Trinidad T10 Blast after smashing three consecutive fifties against India in T20Is last month. For more IPL 2022 Match predictions and upcoming match updates, read more here on our site.

Pooran scored a century in 37 balls for the Leatherback Giants against the Scarlet Ibis Scorchers. His 101-run innings came at a strike rate of 272.97, with 10 sixes and six fours – 84 runs coming only from boundaries. Pooran’s inning came while chasing 129 runs in 10 overs. The Giants reached the target in 8.3 overs against the Kieron Pollard-led team, losing only one wicket. Watch his whirlwind century here:

The Scorchers batted first and finished with a total of 128/3 in 10 overs. Tino Webster led the Scorchers with 54 runs off 26 balls, including five sixes and four fours. The next highest scorer was Ewart Nicholson, who was unbeaten on 42 off 16 balls with four sixes and three fours.

Pooran’s efforts ensured the Giants’ first victory of the tournament after three games. They are currently fourth in the standings, with two points from three games. The Scorchers, on the other hand, have yet to win a game and sit at the bottom of the table after three games. Here are some Cricket betting tips today and guides from the experts.

Nicholas Pooran has recently been on fire. Many franchise leagues, including the IPL, have recognized his T20 potential. As the southpaw was snapped by SRH for INR 10.75 crores in IPL 2022 auction. Pooran became the most expensive West Indies player to be bought in an IPL auction.

IPL 2022: Pooran had an abysmal IPL 2021 season for Punjab Kings, scoring 85 runs at a poor average of 7.72, and had a below-par ODI series vs India. Despite his poor performance, it was surprising to see Sunrisers Hyderabad going all-in on the Windies lefthander.

Muttiah Muralitharan, Sunrisers Hyderabad’s spin bowling coach, explained the reasoning behind going hard for Nicholas Pooran in the mega auction a few days after the auction. He stated that they had hoped to go with Ishan Kishan, but due to the rising cost, they had to settle for Pooran in the end. The Mumbai Indians paid a whopping 15.25 crores for Kishan.

Mulridharan added that SRH was looking for an international wicket-keeper who will be available for the entire season. Hence, when Kishan went to MI they thought he is a perfect choice.

Well for starters Pooran is not a bad choice. The 26-year-old has accumulated 606 runs in 33 IPL games at a strike rate of 156. He, like the other West Indian stars, is known for hitting bix sixes. The West Indies players have left an indelible mark on the league. Pooran is a good player of both pace and spin bowling. Nicholas Pooran is also a good wicket-keeper, making him a valuable player and a great T20 package.

SRH has been craving for a power hitter who can pick the scoring in the middle and death overs. Earlier, SRH had either Bairstow or David Warner who played the anchor’s as well the finisher’s role. SRH’s core strength is its bowling. If Pooran can fire in the middle order, there will an extra cushion of 20-25 runs for bowlers to play with which they lacked in the last season. Read reviews about Mobile Bet365 and learn how online betting works.