Home » News » IPL 2022:  Suresh Raina Pleads to BCCI to Play in Other Leagues After IPL Snub

IPL 2022:  Suresh Raina Pleads to BCCI to Play in Other Leagues After IPL Snub 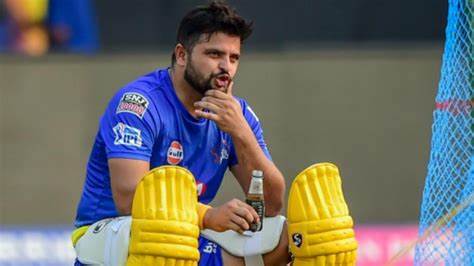 IPL 2022: Suresh Raina pleads to BCCI to play in BBL, CPL. Suresh Raina is going through a tough phase in his career.  As big this news was, it wasn’t all that shocking considering Raina who was the torchbearer of CSK’s batting. He has lost his form and his numbers had nosedived. He went unsold in IPL 2022 auction as ex-franchise CSK and Lucknow didn’t show interest. Now, he has requested the Board of Control for Cricket in India (BCCI) to play in overseas T20 leagues. Looking for the complete IPL team list for the 2022 Season? Check it out here on our site.

Suresh Raina had scored over 350 runs each season from 2008 to 2019. And was a bank for CSK in the batting department. However, he pulled out of the 2020 season on personal grounds. And then flopped in the last season. Before the injury, he managed to score only 160 runs in 12 matches at 17 while striking at 125. And Robin Uthappa him in the eleven.

According to BCCI guidelines, active male cricketers can’t participate in overseas competitions. Regardless of whether they have a national contract or are close to national selection. Raina now has reacted after his auction snub.

The 2011 World Cup winner asserted that his achievements won’t be forgotten. And he said that he won’t make any decision on his career in haste, but reckoned there are other things in his life that will occupy his mind going forward.

“I hope the BCCI can get together with the ICC or with franchises and allow players who don’t have BCCI contracts to play in overseas leagues,”

Suresh Raina was earlier quoted as saying in a report on cricket.com.au bur dent year.

Last year talking with Irfan Pathan, Raina unfolded his feeling through this game and management. Raina believes that BCCI should release the barrier from the players who are not on the national contract. He has taken names like Yusuf Pathan and Raydu who are very capable to play for more years. But as management is not considering them for the national squad so they get a chance to play for other franchise leagues. Here are some Best IPL Betting Sites and learn more about the upcoming match.

About Ranji Trophy he said that Ranji Tournament has lost its competitive nature. Nowadays board has around 38 teams in the tournament. When you distribute the teams in such a big number then the quality of players in the teams automatically reduces. Raina said that why he should come to face a bowler who is bowling at just 110kmph. It just doesn’t match the level of Suresh Raina. He deserves a place where quality cricket is happening.

Watch Video of the Suresh Raina :

Former cricketer Yuvraj Singh got NOC to play in the Global T20 League in Canada after his retirement from Indian cricket & IPL. Similarly, Irfan Pathan & Munaf Patel got permission to take part in Lanka Premier League (LPL) after retirement. In 2020, Pravin Tambe became the first Indian to feature in the Caribbean Premier League (CPL) when he debuted for Trinbago Knight Riders against St Lucia Zouks.

“These last few years have been tough. But I wasn’t going to give up on cricket completely. If I wasn’t getting enough opportunities to play in India, where were the next four or five crucial years of my career going to go? I still get emotional imagining that I will never get to play for India again. But I have made some special memories while playing in India.”

Get here the best Online Betting Apps for IOS and Android.