IPL 2022: “Temperamentally Is Not Suited” – Sanjay Manjrekar Criticizes KL Rahul for His Defensive Approach against RCB 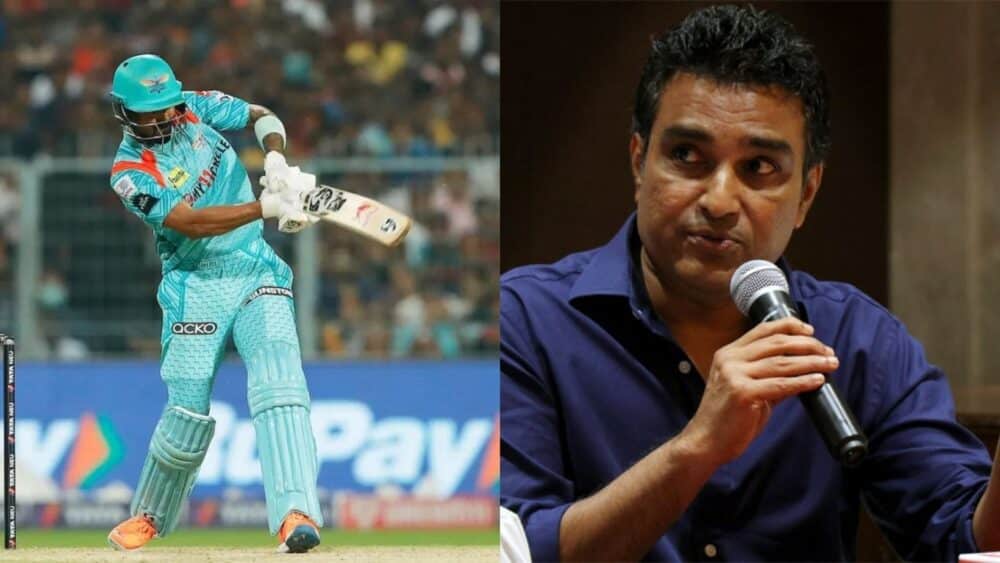 IPL 2022: The new franchise, Lucknow Super Giants, finished the league stage in the third spot and became the second team to qualify for the playoffs. However, he lost the Eliminator against RCB, and with that loss, the season ended there only. Although the LSG skipper KL Rahul played really good innings of 79, he wasn’t able to see his team home. He also faced a backlash for his defensive batting approach throughout the innings. Rahul scored 79 runs but took 58 balls at a strike rate of 136.21.

Chasing a big target of 208, his innings was totally different. He consumed a lot of balls, which put pressure on the other batsmen. As a result, LSG fell short by 14 runs of the target and got kicked out of the IPL. However, the hopes were still alive till he was on the crease. But once he got out in the 19th over, the whole team fell down.

The LSG skipper has scored the second-highest runs in the ongoing season of the IPL. He ended up with 616 runs at an average of 51.33, but his strike rate was less than 140. If we look at other openers like Buttler, Warner, or De Kock, they have been scoring runs well over 140. Many ex-cricketers questioned the approach of the LSG skipper. Former Indian cricketer Sanjay Manjrekar also feels that Rahul is not suited to take on the captaincy responsibility like Kohli, MS Dhoni, or Rohit Sharma. During a cricket show called “T20 Time: Out” on ESPNCricinfo, Manjrekar said,

“We’ve seen enough of KL Rahul to now know that when he becomes this player, the captain. Maybe KL Rahul temperamentally is not suited to take this kind of responsibility where he is the man who has got to get the job done. They are just made of different mettle and maybe KL Rahul isn’t,”

The former Indian cricketers also said that the coach should talk to him and let him know that he should not try to finish off the game. Rather, he can go and enjoy the game and play freely. Manjrekar also pointed out that it is the reason that he has a better strike rate in international cricket. He concluded,

“He’s playing alongside Virat Kohli and Rohit Sharma and the others, so he just goes out there and expresses himself.”

KL Rahul will now be leading the Indian team in the home series against South Africa starting on June 9. Both teams will play five T20I matches between June 9 and June 19. Free Cricket tips and match guides from professional betting tipsters here on our site.