Home » News » IPL 2022: Three players who can fulfill the place of AB de Villiers for RCB

IPL 2022: Three players who can fulfill the place of AB de Villiers for RCB 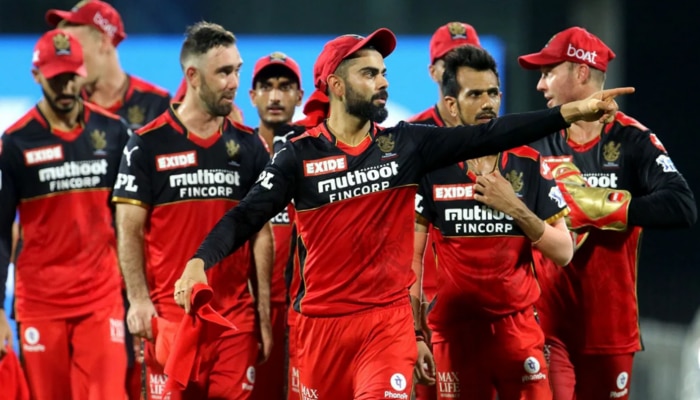 IPL 2022 Auction: Take a pen and mark the date. The grand auction will be held between February 12 and 13 at Benguluru. Most of the teams are preparing the list, and some of them have already done it. And the auction will decide the team combinations ahead of the IPL 2022 season.

On the other hand, Royal Challengers Bangalore will definitely miss AB de Villiers, who has announced his retirement. And now, as Virat is not the captain, it will be interesting to see how the management will deal with all these issues.

They retained only three players in the form of Virat Kohli, Glenn Maxwell, and Mohammed Siraj. The team is without a leader at the moment, so the team has many things to handle. But the first issue will be the place of De Villiers in the team. So, we have brought you the top three candidates for RCB who can fulfil the place of De Villiers and be a captaincy candidate at the same time. Here’s ipl trophy price 2022 fact. Read more here.

David Warner, the recent T20 World Cup Player of the Tournament, is one of 49 players who have listed their base price for the 2022 mega IPL auction at a maximum of INR 2 crore (approximately US$ 269,000).David Warner is one of the key players who will be auctioned off in the IPL 2022. Sunrisers Hyderabad released Australia’s star batsman. David Warner is one of the most successful batsmen in the Indian Premier League, having won three orange caps. During the IPL 2022 mega auction. Warner will be the centre of attention for RCB.

David Warner is the highest run-scorer amongst overseas players in the IPL. The 35-year-old has amassed 5449 runs at an average of 41.59 in the 150 matches he has played for the Delhi Daredevils (now Delhi Capitals) and SRH. He will be the first choice of RCB as he can also fulfill the captaincy role for them.

The Delhi Capitals have released Shreyas Iyer ahead of the upcoming season. Iyer is a regular member of the national team and one of the most important batsmen in the IPL. The right-handed batsman will be the focus of the IPL 2022 auction. Many franchises will be vying for the services of the mighty batsman.

Furthermore, with AB de Villiers’ departure from the squad after announcing his retirement from all forms of cricket, the franchise requires a good middle-order batsman to replace him. If RCB selects Iyer in the auction, he will be able to fill De Villiers’s spot in the middle order and also lead the side. Here are some free betting tips and tricks coming from us.

He is an international star and one of the Chennai franchise’s most consistent batters. Given his experience, CSK would almost certainly try to re-sign him. Faf was instrumental in Chennai Super Kings’ IPL 2021 title run, scoring 633 runs at a strike rate of 138.20, just two runs less than Orange Cap winner Ruturaj Gaikwad.

In fact, Du Plessis was named player of the match in the IPL final after scoring 86 off 59 balls. So there’s no doubt RCB will try to snag him at the auction. His experience and profile as former South Africa’s captain will undoubtedly benefit RCB in a variety of ways. If you are looking for cricket prediction apps. Do check it here.