Home » News » IPL 2022: Top 3 English Players Who Have Experience of IPL and Are Part of Upcoming Season

IPL 2022: Top 3 English Players Who Have Experience of IPL and Are Part of Upcoming Season 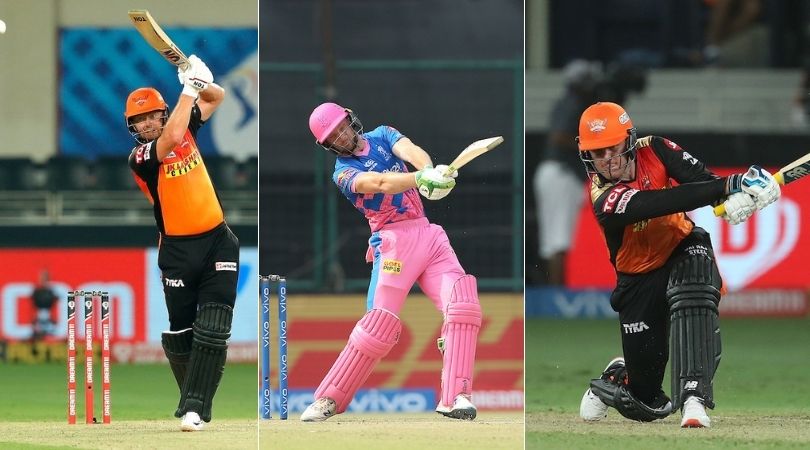 IPL 2022: Ever since England rejuvenated their approach in the white-ball format, they have been a team to watch. They went on nurture talents that were well suited to their attacking formula. This led to the rise of white-ball specialists like Jos Buttler, Jonny Bairstow, Jason Roy, Liam Livingstone, and Ben Stokes who have developed a sense of fear among bowlers. Looking for the complete IPL team list and match predictions for the 2022 Season.

Thus the demand for English players started growing drastically in the world’s most superlative league, the IPL. The 600-player auction pool for IPL 2022 included a total of 24 English players. However, only 18 of them were chosen by the franchises to be auctioned.

With a large number of white-ball specialists in the English contingent, IPL franchises were always going to target English players. In addition, the Board of Cricket Control of India (BCCI) informed England ahead of the IPL 2022 auction that players will be available for the entire season this year.

The Punjab Kings (PBKS) paid a whopping INR 11.50 crore for Liam Livingstone, making him not only the highest-earning English player but also the most expensive overseas purchase in this year’s auction. Thus reinstating the rise of English players in the shortest format. In this article, we take a look at 3 players who have experience of playing in IPL and are part of IPL 2022.

IPL 2022: 3 English players who were part of IPL history and are playing in the upcoming season

Jos Buttler was the first player to be retained by Rajasthan Royals for a whopping INR 10 crore. He adds a lot of value in terms of winning games for the franchise. He made his IPL debut in 2016 for the Pink brigade. The right-hander had a fantastic IPL 2018 and continued his assault at the top of the order in IPL 2019 by taking on the bowlers upfront.

The England batter is one of the most lethal batters in the game, with plenty of T20 experience under his belt and a repertoire of shots that includes 360-degree strokes. Last year, he scored his first IPL century but had to miss a few games due to international commitments.

Buttler has the ability to win matches on his own, as evidenced by his 254 runs in seven IPL games last year at a strike rate of 153. The 31-year-old also had a strong showing in the T20 World Cup and will provide much-needed support to the inexperienced Jaiswal on the other end.

Jonny Bairstow, one of the most aggressive batters in the competition in recent years, was a hot commodity heading into the competition. The wicketkeeper batter had previously played for the Sunrisers Hyderabad in the IPL.

In the mega auction, the Yorkshire wicketkeeper batter was sold to the Punjab Kings (PKBS) for INR 6.75 crores. Bairstow was the subject of a bidding war between PBKS and Sunrisers Hyderabad, with the wicketkeeper ultimately going to Punjab. Bairstow has 1,038 runs at an average of 41.52 and a strike rate of 142.19 in 28 IPL matches, including a century and seven fifties.

Record of Jonny Bairstow in IPL

Moeen Ali made his IPL debut in the 2018 season, but he was largely overlooked. The English all-rounder has been a key member of England’s limited-overs squad, but he was warming the bench in the RCB camp. His IPL career, however, took a dramatic turn when he was acquired by CSK during the 2021 auctions.

Ali was so effective that he was promoted to the number three spot, which had previously been held by IPL legend Suresh Raina. Ali’s attacking mindset aided CSK during the crucial stages. CSK retained him for his overall skill in their title-winning season.

Aside from batting, he could also bowl his full four-over quota. In the IPL, he has an economy rate of 6.85 and a batting strike rate of 146.37. He retired from Test cricket last year to concentrate on league cricket.

Get the free cricket bet tips from the experts and know more about the upcoming match.