Home » News » IPL 2022: Top 3 West Indies Players Who Have Experience of Ipl and Are Also Part of This Season

IPL 2022: Top 3 West Indies Players Who Have Experience of Ipl and Are Also Part of This Season 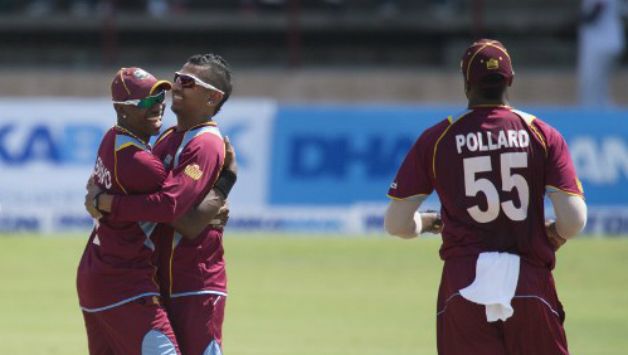 IPL 2022: The IPL Mega auction is over and every team is ready with their squad. Each team was allowed up to 8 overseas players. West Indies players have been an integral part of the Indian Premier League since its inception in 2008 and are usually high in demand. West Indies cricket has a rich heritage and has given some of the world’s best players from that part of the world. Looking for today’s IPL Match Prediction? Check it out here on our site.

Test cricket is the ultimate format of cricket that was once dominated by the West Indies. They were a force to be reckoned with in Test Cricket. Over the years, however, West Indies have disintegrated and lost dominance from Cricket’s oldest formats. But they continue to shine in T20 cricket, the youngest and shortest format and are two-time world champions.

Caribbean players are the most sought-after players in T20 leagues across the world. They have graced the world’s most lucrative T20 league – the IPL – for years. The IPL is gearing up for its 15th edition. Ahead of the tournament, the IPL mega auction concluded in Bengaluru. As many as 204 players including 67 overseas players were bought by 10 franchises for IPL 2022. Though there are a few more, these are:

A mystery spinner from Trinidad & Tobago, Sunil Narine shot into the limelight when he picked up all 10 wickets in a trial match. He was then fast-tracked into the Trinidad and Tobago squad and accompanied in the inaugural edition of the Champions League T20 in 2009. he was instrumental in West Indies’ title win in the T20 World Cup in 2012. With various variations up his sleeve, Narine impressed everyone who came across him. The Kolkata Knight Riders expedited Narine in 2012 and have held onto him ever since. Narine was the second-highest wicket-taker in his debut season in 2012 and was one of the chief architects of KKR’s title wins in 2012 and 2014. Get the latest Online IPL Betting Sites and learn how betting works online.

In addition to outfoxing the batsman with the ball, Narine is also a very handy batsman. He is a pinch hitter and likes to take on bowlers. KKR’s management spotted his utility and have effectively tried him as the opener. KKR retained Narine for IPL 2022 for INR 6 cr.

Dwayne Bravo was perhaps the most sought-after player in the IPL in his prime. He is one of the most celebrated overseas players in the IPL and has been a part of the premier tournament since the start. Bravo brings in athleticism along with deceptive bowling and handy batting. There is hardly any player who suits cricket’s youngest format better than him.

Bravo is a versatile cricketer. He is good at bowling in death overs and bowls with deception. Though Bravo doesn’t get his due as a batsman, he has several match-winning innings under his belt. He chips in with runs whenever needed. Bravo is an exceptional fielder and proves to be a vital cog in CSK’s line-up.

He was part of the Chennai Super Kings’ title-winning campaign last year and is once again bought by the franchise for IPL 2022. In 148 innings of 151 matches, Bravo has 167 wickets to his name. Also, in 107 innings of the same number of matches, Bravo has scored 1537 runs, with the highest score of 70.

The beast from Trinidad & Tobago, Kieron Pollard caught everyone’s eye when he decimated New South Wales with 18-ball 54 in the inaugural edition of the Champions League T20 in 2009. He was soon picked to play in the BBL and was later drafted by the Mumbai Indians for an undisclosed amount in 2010. Mumbai Indians have not let go of Pollard since.

Pollard is one of the pioneers of freelance cricket in the world. He turned down a central contract from the West Indian board to play in T20 leagues across the world. Pollard has been part of the Mumbai Indians since 2010 and the franchise has retained him for INR 6 Cr for IPL 2022.

Kieron Pollard is a merciless hitter of the cricket ball and possesses the ability to win games that are out of grasp. Though he doesn’t ball quick, he is a very shrewd and deceptive bowler. He takes the pace off the ball and forces the batsman into error. Pollard uses his slower deliveries to the utmost effect in the ultimate over. Moreover, Pollard is an extraordinary fielder and fields in all possible positions. He is an experienced campaigner and has featured in 178 IPL games.

In 178 matches in the IPL, Pollard has scored 3268 runs and has picked up 65 wickets. He has won umpteen games for Mumbai Indians and has been pivotal in its 5 title wins, the most in IPL history.

Looking for some legit Cricket Tips? Check it out here.