IPL 2022: Top 3 Indian Stars Who Are Also the Part of 2022 Season, Their Salaries and Impact Over the Years in the IPL 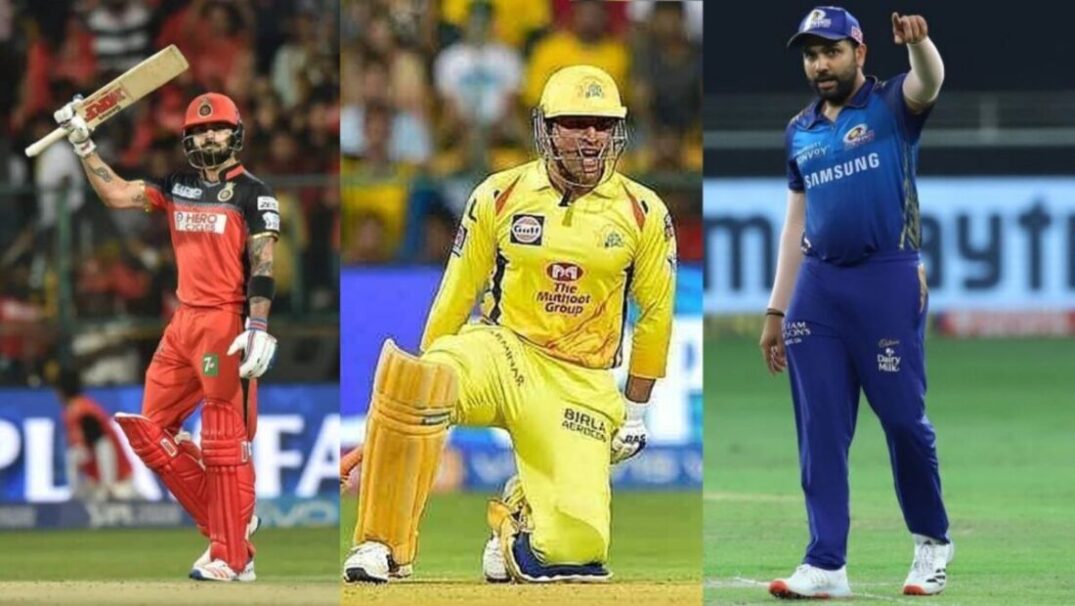 IPL 2022: Over the years, the IPL has played an important role in the growth of Indian players. And it has given a lot of superstars to Indian cricket and other cricket-playing nations as well. The intensity and the competition level while playing in this marquee league are huge. And that’s where a player gets the chance to showcase his skills. Find here the full IPL team list and IPL match predictions.

MS Dhoni, Virat Kohli, and Rohit Sharma are the three icons of Indian cricket. And they are the legends of the Indian Premier League. But do you know when they started and what their first salaries were? What impact have they had so far? So, in this article, we’ll look at IPL salaries and the impact they’ve had over the years.

IPL 2022: Top Three Indian players and Their Salaries and Impact Over the Years

Without a doubt, Rohit Sharma is the best captain in IPL history. And he is the only player to win six IPL titles. The Indian skipper made his debut in 2008 for the Deccan Chargers. He played for the franchise for three seasons and was part of its 2009 title win. Rohit was then traded to the Mumbai Indians in 2011. Rohit took over the MI captaincy in 2013 after Ricky Ponting. And in that season, MI won their maiden IPL title under his captaincy.

And since then, the Indian skipper has led the team to success in their five title triumphs. MI won their last title in 2020. Few people are aware that Rohit contributed with both bat and bowl in the Deccan Chargers’ 2009 title win, and he has a hat-trick to his name from that season. He has played 213 IPL games and scored 5611 runs at an average of 31.17. But do you know how much he makes as a salary and what his first salary was? So let’s check it out below.

MS Dhoni is not just a cricketer, he is a brand in India. And mainly, it was his leadership qualities that helped India win the first-ever T20I World Cup in 2007. And most probably, that was the reason IPL was introduced to the world. Not just in the IPL, Dhoni is among the great Indian captains in history. Under his leadership, CSK has won four IPL titles. They are the defending champions, with the aim of winning it for the fifth time in 2022 under Dhoni. Read more reviews about Mobile Bet365 and guides how online betting works.

The former Indian captain has the best cricket brain in the world. And he has been one of the best finishers of all time. Dhoni joined CSK in 2008 and was part of RPSG for two seasons in 2016 and 2018 during the two-year suspension of CSK. And there is no doubt about the impact of the skipper on the success of CSK. But are his numbers declining? Or what was his first salary with CSK in 2008?

Virat Kohli has been a star performer over the years at international and IPL levels. He is one of the few players who has spent his entire IPL career so far with the same franchise. The former skipper made his IPL debut for Royal Challengers Bangalore in 2008, and he has been an integral part of the RCB setup ever since. He took over the captaincy in 2013, although RCB hasn’t won the IPL so far. But they have played three finals in the IPL in 2009, 2011, and 2016.

Virat is the leading run-scorer in IPL history and holds the record for the highest runs and centuries in one IPL season. He has played a total of 207 games and has scored 6283 runs at an average of 37.39. Virat Kohli has decided to step down from the captaincy after the 2021 season, but RCB still retained the superstar ahead of the auction. But can you guess his first salary with RCB? If not, let’s check out.

Get the latest Cricket betting Apps for IOS and Android here.