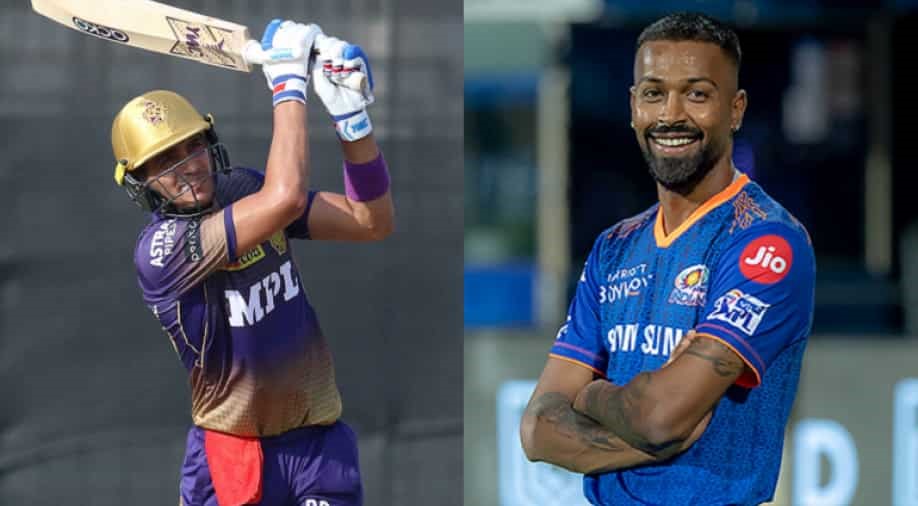 IPL 2022: Gujarat Titans will be among the two new teams to make their debut in IPL 2022. CVC, the famous British private equity firm won the rights to own the Ahmedabad-based franchise for Rs 5,625 crore. CVC, have a rich legacy behind them; they have invested in Formula 1, Pro 14, premiership Rugby, etc. Last year, they bought 10% in Spanish Football League, La Liga for €2.7 billion.

Before the auction, Gujarat snapped Rashid Khan, Hardik Pandya, and Shubman Gill as their draft picks. Thus making the intentions clear that the youngest franchise wants to make their first impression, a strong and expansive one. Gujarat remained true to its doctrine and picked some prominent match-winners in T20 including, Mohammad Shami, Lockie Ferguson, Matthew Wade, etc.

They have many prominent batsmen who have been a core-member of different franchises over the course of 14 seasons. These players will have to play a significant role if Gujarat Titans have to make a name for themselves in their first season. Here we take a look at 3 top scorers for Gujarat Titans in tournament history.

IPL 2022: 3 Gujarat Titans Batsmen who can make a difference

Wriddhiman Saha didn’t find any bids on the opening day of the auction. Gujarat, who were short of wicket-keepers snapped Saha for his base price of Rs 2 crore. Saha’s journey in IPL has been been an interesting one, to say the least. The 37-year old made his debut for his home side, KKR in the inaugural match of the IPL. He stayed with KKR for seasons before moving to CSK. But with MS Dhoni as first-choice keeper, Saha had to warm the bench.

Saha finally got to play as first choice wicket-keeper when Kings XI Punjab, now Punjab Kings signed him in 2014. He not only kept wickets but played a significant role with the bat to help Punjab reach their maiden final. Saha stroked 362 runs at a strike rate of 145.28, including a scintillating 115* in the final against KKR. This was the first century in an IPL final, although in a losing cause. Saha though wasn’t retained by Punjab due to his unavailability and persistent injury. He was signed by SRH in 2019 and showcased his worth the subsequent season with 214 runs in just 4 games. Saha, an experienced campaigner has played 133 matches and scored 2110 runs, striking at 128.73.

Hardik Pandya has been the cogwheel of Mumbai Indians and has played a major role in their 5 title-winning seasons. Hardik has been given the responsibility to lead his home team in their debut season. He has played uncountable match-winning innings for Mumbai in IPL, none better than the innings he played against KKR in IPL 2019. Get the latest IPL betting apps and know about how betting works online.

KKR posted a mammoth 233 batting first. Mumbai were staring at huge defeat after being reduced to 58/4 in 9 overs. In came Hardik and blasted his way to 91 of just 34 balls, including 6 fours and 9 sixes. There is no coincidence that Hardik has the sixth-best strike rate (153.91) in the tournament. Hardik who has scored 1476 runs in 92 games, is the second-highest run-scorer in the Gujarat squad. Gujarat are expected to play an aggressive brand of cricket under the leadership of Hardik.

Shubman Gill is among the future Indian stars who will dominate world cricket in the coming years. Gill was a member of the core group of KKR in the lead-up to the finals last year. Gill, who made his debut for KKR in 2018 had decent first two seasons. For a 23-year-old, Gill showed enough maturity to play the anchor’s role as well in the subsequent two seasons. He forged a great opening pair with Venkatesh Iyer last year.

Gill has scored 1,417 in 58 games at an impressive average of 31.48. But his strike has gone down significantly. He batted with a strike rate of 146 in his debut season which went down to 124 and then 117 in the subsequent two seasons. However, he is expected to go all guns blazing in the upcoming season to be in line with the expansive brand of cricket that Gujarat is going to play.

For more IPL betting tips and guides from the experts, read more here on our site.