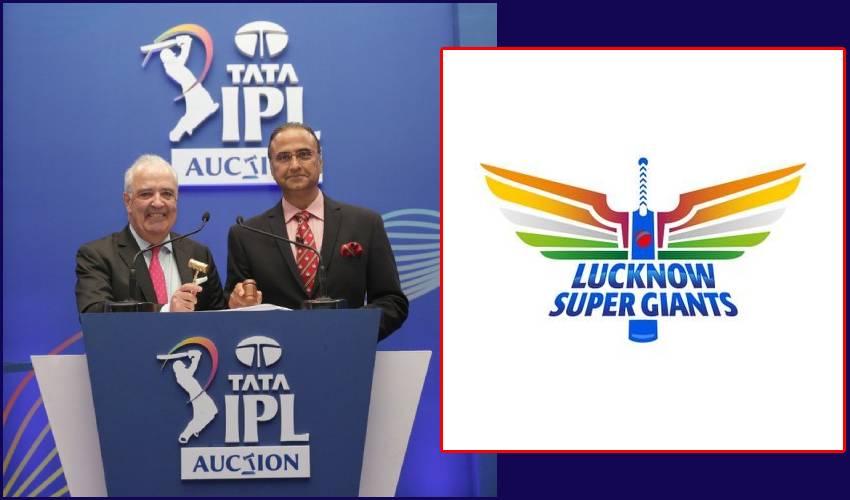 IPL 2022: People are picking Lucknow Super Giants as one the strongest contender in the upcoming season of the Indian T20 league. This is one of the two teams which will start their franchise cricket this year. Sandeep Goenka is the owner of this franchise and he already had the experience to manage a franchise in this league. Last time we saw him as the owner of the Pune franchise which had lasted in this tournament for two years. Looking for the list of all IPL teams and IPL Match Predictions for the 2022 Season? Do check it out here on our site.

This time Goenka is coming with a full-time new member of this franchise. The first hurdle he had cleared very well as he had done a good job on the auction table. With the help of Gautam Gambhir, he made a fantastic squad to enter the league. They arrived at the auction with INR 59Cr purse value. Before the auction, they managed to create a decent core of the side.

First, they bagged KL Rahul with an absolute handsome amount of INR 17cr. And thus KL Rahul has become the highest-paid player in IPL 2022. Along with Rahul, they drafted a quality all-rounder Marcus Stoinis in their squad. Moreover, they had shown their belief in young Indian blowers. They first bagged Ravi Bishnoi as an uncapped player in the draft selection. Then in the auction, they bided a whopping amount of INR 10Cr on Avesh Khan. Now in batting, they again have one best option in their squad compared to other squads. Here we take a look at 3 such players who are top run-scorers in tournament history.

IPL 2022: Top 3 Players Who Would be Run Machine For LSG Side

Without any debate, KL Rahul is the best batter when it’s an India T20 league game. He is the leading run-scorer for three years of this league. It was 2018 when his conquering journey had started. For his heavy success in this league, Rahul also becomes Team India’s vital part. Although he also had not got a good start in his early career in this league just some other achiever.

But after his association with the Punjab franchise, he got monstrous form. He had scored 2548 runs in 55 matches over the last four years. There are 23 fifties and a pair centuries in this four-year journey. Obliviously LSG can not ignore this number and that is why they have this kind of humongous amount on him. For more IPL betting tips and guides for the 2022 Season, read more here on our site.

De Kock is one of the major reasons for the success of Mumbai Indians over the years in this league. He was a consistent run-scorer for the MI side. De Kock plays spin very well and that is the principal reason for his scoring. He used to be bank of 500 runs for Mumbai in the 2019 and 2020 seasons. And in both of these seasons, MI finished these seasons as a winning side.

De Kock had played in his prime from the MI side as he score 1329 runs for MI. These runs have come from only 43 games. He had smashed 11 half-centuries since 2018. If LSG makes De Kock a pair with Rahul which will certainly happen then this pair would be the most destructive in the whole tournament. He provides the on-demand batting skill in T20 cricket which is 360 shots. LSG bagged this player with just INR 6.75Cr which was an absolute steal.

Stoinis is one of the players whom LSG had drafted before the auction. It was a surprising move from this side as they brought Stoinos into their squad. For a few years, Stoinis is doing a good job for the Australian side. After the retirement of Shane Watson from the Aussie side, everyone was looking for players like Watson. And from their Stoinos and Mitchell arose in their national team. And they both did a nice job in BBL also. But when it was the Indian T20 league Mitchell Marsh did not play a good numbers game but Stoinos shines as a vital part for his side.

After becoming a part of the Delhi franchise Stoinos had done what the team needed from him. And 2020 was the best for him as a batting all-rounder. He scored 352 runs in that season. He also did the same with bowling as he picked 13 wickets with a 9.3 economy rate. In 2020 DC had played their first-ever final game in this league. Unfortunately, DC lost the finals but Stoinos was one of the leading reasons for their success in that season. This time he will represent a new season under a new skipper. So this again LSG will be looking forward to him. Here are more Cricket betting odds for the 2022 Season.