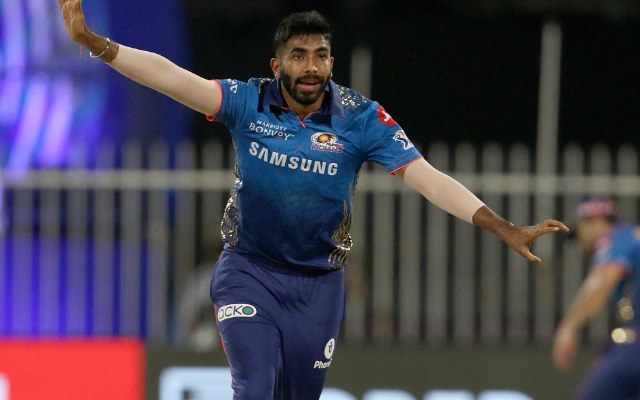 IPL 2022: Indian Premier League is in the headlines again because of its upcoming season in the month of March. BCCI and IPL committee has announced the schedule and a completely new format. Matches will begin from 26th March 2022 and the final will take place on 29th March 2022. With the addition of two new teams, IPL has become more exciting and thrilling. Here are our daily top IPL betting sites and guides about the upcoming IPL match.

IPL mega auction was a successful event for all the teams. The participating franchises are now in the process to finalize their playing XI for the tournament. This year’s auction was more targeted to buy domestic youngsters who have played brilliantly in the domestic tournament. It clearly shows that all the franchises are now getting more dependent on talent rather than star power.

In this article, we have compiled the Indian playing XI team from the players participating in the league.

Team India’s skipper and the leading man of Mumbai Indians, Rohit Sharma, is still considered as the ‘Hitman’ in the IPL tournament. He leads with examples and carries the ability to give his team a good start. Rohit is responsible to carry Mumbai Indians through 5 trophy wins to date in the tournament.

Overall, he has scored a total of 5611 runs at an average of 31.17. However, IPL 2021 was not a good year for the player. He was not able to contribute much to the team and Mumbai Indians finished their campaign at the fifth position. This year, Rohit and MI would be looking forward to winning their 6th trophy.

Ruturaj Gaikwad is one of the best batsmen in IPL and he proved it by winning the orange cap in the 2021 season of the tournament. Under the captaincy of MS Dhoni, Gaikwad has played his best season in 2021 and was retained by the franchise because of the same reason.

In IPL 2021, Gaikwad was a part of 16 matches for CSK and he scored 635 runs at an average of 45.36 and a strike rate of 136.27. It was a commendable performance by the youngster and for that, he was awarded the orange cap. In the 2022 season, Gaikwad would like to continue his performance and score more runs than in 2021.

There is no one better than Virat Kohli when it comes to the number three spot. He has become a modern legend and a loyal player for Royal Challengers Bangalore. In 207 IPL matches, Kohli is responsible to score 6283 runs at a strike rate of 129.95. He is the highest run-getter in the history of IPL.

Unfortunately, Kohli won’t be seen wearing the cap of RCB’s captain anymore. He will be focusing more on his individual performance under a new leader. Looking at the RCB squad, Kohli will be motivated to help the new captain to win the maiden IPL trophy.

Shreyas Iyer has proven his credibility in all the formats of the game for team India. He made a brilliant test debut in 2021 and now in the T20 format of the game, Iyer has become a crucial member of the team after the India-Sri Lanka T20 series. As a part of the Delhi Capitals last year, Iyer was injured in the first leg but made a brilliant comeback in the UAE leg.

In 8 matches with the Capitals, Iyer scored 175 runs at an average of 35 and a strike rate of 102.34. He is the most dependable middle-order batsman in the team right now and will be seen playing with Kolkata Knight Riders from now on. For more IPL betting tips, read more here on our site and learn from the betting experts.

There is a reason why Rishabh Pant has turned out to be the costliest retained player for IPL 2022. Delhi Capitals skipper is an exceptional player who is known to play risky shots to score big runs. After making his debut for the Capitals, there was no looking back and in 2022, Pant will be working hard to win his and his team’s maiden trophy.

In recent times, Ravindra Jadeja has become the most dependable allrounder for team India in all three formats. in IPL, he is the most valued player for Chennai Super Kings. Captain MS Dhoni and CSK’s management have shown the utmost trust in the player and his credentials are the reason for it.

Imagine what will happen to the opposition’s batting attack if Ravindra Jadeja is combined with Rahul Chahar. Chahar is a brilliant spin attack and in 2021 he made headlines with his exceptional spin bowling. It is because of his IPL 2021, Chahar has become a crucial player for team India.

While playing for Mumbai Indians last year, Chahar picked up 13 wickets in 11 fixtures at an economy of 7.44. in IPL 2022 mega auction, Chahar was bought by Punjab Kings for 5.25. Crore. He will be looking forward to the upcoming season as the spinner is in a good form and will be picking up wickets for his team.

Deepak Chahar has turned out to be one of the most effective pacers from Chennai Super Kings. He has also become an important pace attacker for team India in the international format. While playing for CSK last year, Chahar picked up 14 wickets in 15 fixtures at an economy of 8. He was a match-winner for the team in a lot of cases.

Overall in IPL, Chahar has picked up 59 wickets in 63 matches at an economy of 7.80. CSK has bought their homegrown player again because of his brilliant performance in IPL and international cricket.

Shardul Thakur can be considered as the best all-rounder in IPL as of now. He can hit the ball hard and can put in some pace in it at the same. Thakur can be very helpful during the middle overs of the tournament to pick some crucial wickets. He can also be used as an opening pacer to decimate the opening partnership.

Thakur is a competent batsman as well. While playing for Chennai Super Kings last year, Thakur turned out to be a match-winner for the team in many cases.

Jasprit Bumrah is the finest pacer Indian cricket has seen recently. From an underdog with Mumbai Indians to the most dependable bowler of the team, Jasprit had a fairytale journey to the top. It will be interesting to see what he can bring to the plate of Mumbai Indians in the upcoming season.

In 2021, Bumrah was part of 14 matches with MI and he picked up 21 wickets at an economy of 7.45. It is because of the same reason he is still a crucial part of the team.

IPL is known to give chances to young players and revive the careers of some lost names. Harshal Patel is a player who made fortunes in his last season of IPL with RCB. In 15 matches, Patel was responsible to pick 32 wickets while maintaining an economy of 8.15.

Harshal Patel was the purple cap winner of the last season. He has been bought by RCB again and will be hoping to show his talent again in 2022. Get the latest and legit online betting apps for IOS and Android here.