Home » News » IPL 2022: Top Three Overseas Stars Who Are Also the Part of 2022 Season, Their Salaries and Impact Over the Years in the IPL

IPL 2022: Top Three Overseas Stars Who Are Also the Part of 2022 Season, Their Salaries and Impact Over the Years in the IPL 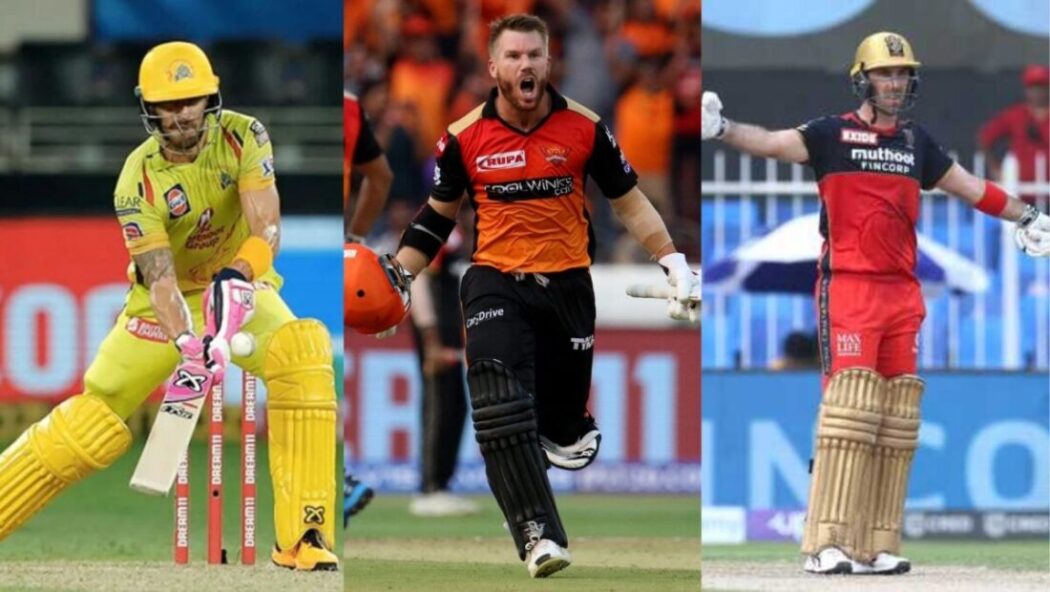 IPL 2022: Indian Premier League has brought a revolution in T20 cricket since it came to recognition. And the IPL has been a true producer of real talents, whether for India or any other country. For many cricketers around the world, it has been a life-changing experience. Many players have shown their desire to play in this marquee league. It shows the competitiveness and standard of the IPL. Find here more IPL Cricket Betting Sites and IPL match predictions.

And this IPL 2022 season also has some of your favorite overseas stars, such as Faf Du Plessis, Pat Cummins, David Warner, Kieron Pollard, and many more. And the salaries of these overseas players are also high. But do you know what these international stars joined and what their first salary was? So in this article, we will tell you the first salaries of some of the top overseas players who are part of IPL 2022 and their total pay over the years.

IPL 2022: Top Three Overseas players and Their Salaries and Impact Over the Years

The veteran Australian batsman is known for his explosive batting and aggressive approach. He was one of the reasons Australia won their maiden T20I World Cup title last year in the UAE. David Warner was part of the marquee list in the 2022 IPL auction. And it was the Delhi Capitals that bought him at a price of INR 6.25 crore. The Australian opener will represent DC in the upcoming season, opening with Prthivi Shaw.

But not many fans would know that Warner started his IPL career with the same franchise. The left-hander played his debut match for the Delhi Daredevills (now Delhi Capitals) in 2009. And 2022 will be his fourteenth season and he has played only for Sunrisers Hyderabad apart from DC. He has been an impactful and consistent performer over the years for his franchise. The veteran left-hander has played 150 IPL games so far and scored 5449 runs overall. He has four centuries and 50 half-centuries to his name. So let’s check out his salaries over the years in the IPL.

Former South Africa skipper Faf Du Plessis played for Chennai Super Kings for nine seasons. And now he will represent the Royal Challengers Bangalore. Du Plessis made his IPL debut in 2012 for CSK, and carried on till 2015. After CSK and Rajasthan were banned for two years in 2016, the former Proteas captain joined the Rising Pune Supergiant for the 2016–2077 season. The right-hander was an important part of the 2018 and 2021 title triumphs for CSK.

In particular, in the 2021 season, along with Rituraj Gaikwad, he made a formidable opening pair for the Yellow Army, which helped the team to lift their fourth IPL title. He scored 633 runs in 16 IPL games at a strike rate of 138.20 in 2021. However, CSK fans will surely miss him in the 2022 season, as he will play for RCB. The franchise bought him at a price of INR 7 crore. So let’s check out his salaries over the years. Former South African skipper has played a total of 100 IPL games and scored 2935 runs so far. He has scored runs at a decent average of 34.94 with 22 IPL half-centuries.

Glenn Maxwell is a true force to reckon with for the bowlers. He is one of the most impactful players in the IPL in recent years. The RCB all-rounder joined the franchise in 2021 and was one of their retentions ahead of the IPL auction in 2022. RCB retained him for an amount of INR 11 cr. Maxwell made his IPL debut in 2012 with the Delhi Daredevills (now Delhi Capitals). However, he didn’t get many chances till 2013. After that, Kings XI Punjab (now Punjab Kings) traded the Australian all-rounder for their team in 2014. Maxwell played four seasons for PBKS until 2017.

Until now, the hard-hitting batsman has represented four franchises.And without a doubt, he has been a seasoned campaigner in the Indian Premier League. He was also the costliest player in 2013 when MI bought him. So let’s check out his IPL salaries and his impact that season. The RCB batsman has played a total of 97 IPL games and scored 2018 runs at an explosive strike rate of 151.84.