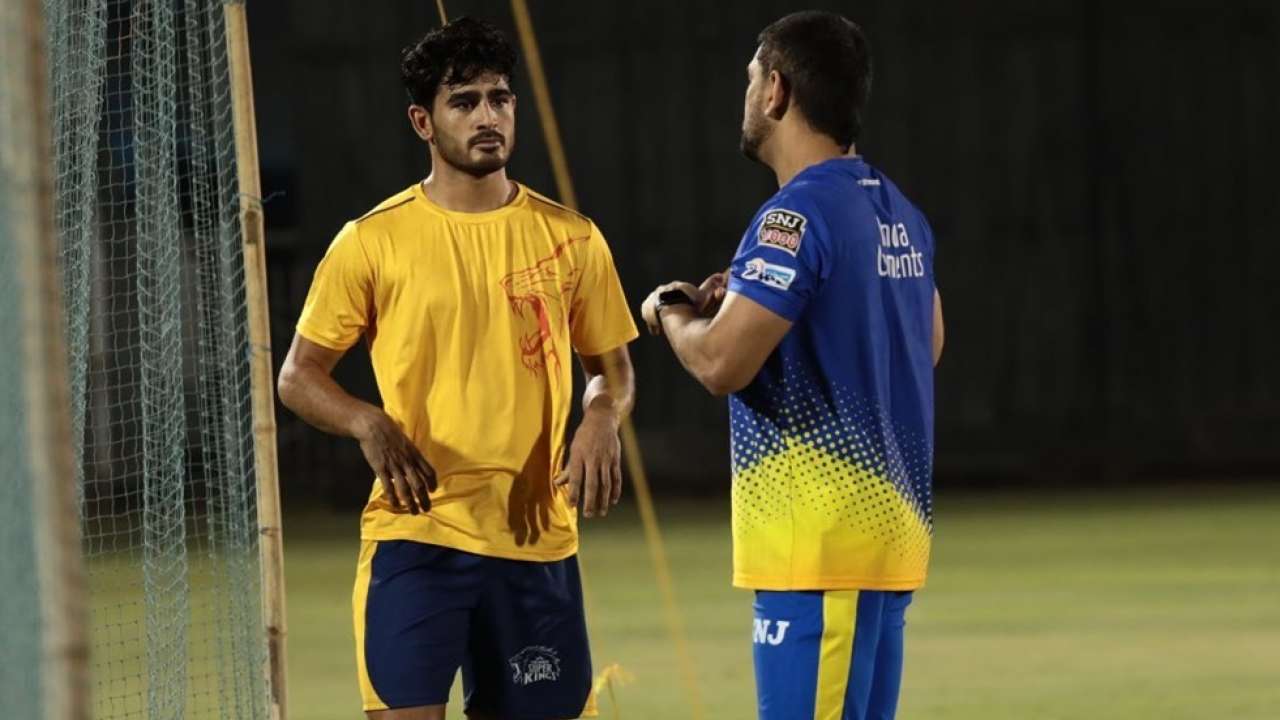 IPL 2022: After a poor start to the season, Chennai Super Kings (CSK) left-arm bowler Mukesh Choudhary said he was “extra focused” in the IPL 2022 encounter against the Mumbai Indians (MI). The 25-year-old was named Player of the Match after taking three wickets for 19 runs in CSK’s three-wicket victory.

After that, he was a completely different bowler. Choudhary was pricey in the first six IPL 2022 matches he appeared in, and he did not take many wickets. If you are searching for the best betting sites in India, you are in the ideal place!

In his four overs against the Punjab Kings (PBKS), he gave up 52 runs. The left-arm pacer, on the other hand, rose to the occasion and produced a superb bowling performance against MI.

In a video posted on CSK’s official YouTube page, Choudhary reflected on the unforgettable effort.

“I was extra focused for the MI game as I wanted to give my best. I made my bowling plans and executed them well and then I realized that I do belong here.”

In the first over of the contest, the youthful bowler dismissed Rohit Sharma and Ishan Kishan, as well as Dewald Brevis. While batting first, Mumbai was reduced to 155 for seven.

Chennai won on the last ball, thanks to a cameo from MS Dhoni. Despite a slow start to the IPL 2022, Choudhary said that he has always believed in his ability to make an impact. Here are the ten best betting apps you can download on your mobile devices and enjoy competitive odds and all the features you can expect from a mobile betting app.

He did confess, though, that after his initial failures, he was concerned about his chances.

With 16 wickets in 13 matches at an average of 26.50 and a strike rate of 17.06, the youthful seamer finished IPL 2022 with remarkable figures. Apart from his bowling, Choudhary’s fielding also grabbed headlines, albeit not for the proper reasons.

He dropped three catches in one match against the Royal Challengers Bangalore (RCB). The 25-year-old, who considers himself a good fielder, commented about his bad fielding efforts.

“When I was selected, I thought there must be something about me, that’s why I got picked. But after the first two matches, I was confused about what I was doing wrong. But the coaches and management backed me. After the first dropped catch, I was under immense pressure, which resulted in another drop. I think I am a good fielder, but under pressure, we all tend to make mistakes.”

CSK were fortunate in that the dropped catches did not lose them the game, as RCB were reduced to 193 for nine while chasing 217. Chennai, on the other hand, had a dismal IPL 2022 season. Only four of their 14 matches were won, and they ended ninth, with only MI behind them.