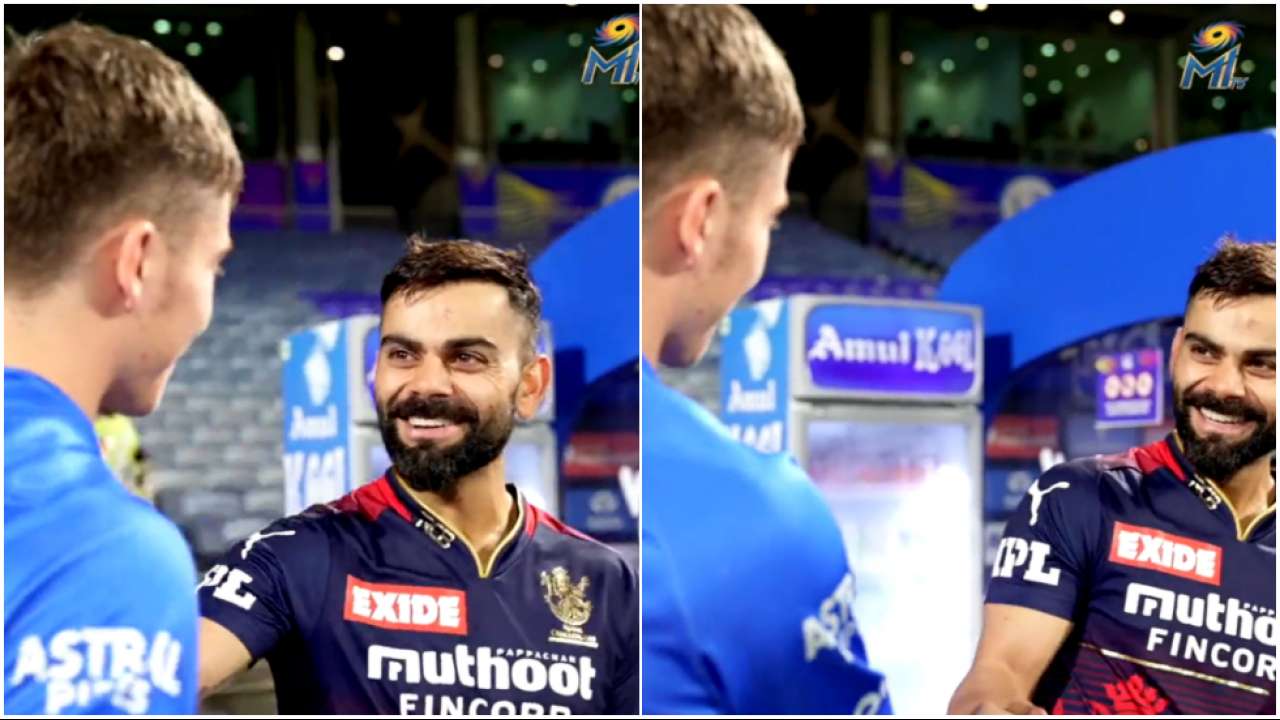 IPL 2022: Dewald Brevis remarked that meeting with Virat Kohli and MS Dhoni left him speechless and that he gained a lot from their interaction while sharing his IPL experience. Despite being selected at such a young age in the league, Brevis said he didn’t feel any pressure. Up IPL 2022, a few young players put in standout performances. Dewald Brevis was one of the Mumbai Indians’ young batsmen who showed off his batting prowess. Discover more betting sites in India that are top-rated in the market and it has an amazing live betting platform. Have fun at home!

Brevis, also known as ‘Baby AB’ among cricket fans, scored 161 runs for the Mumbai Indians in seven innings at an average of 23 and a strike rate of 142.48. Brevis talked about how amazed he was after meeting Virat Kohli and MS Dhoni during his IPL experience.

“I Learned a Lot By Listening To Them”: Dewald Brevis

Brevis also stated that the MI players had a good camaraderie. Dewald Brevis, 19, had his fanboy moment after meeting former Indian captain Virat Kohli after the 2022 Indian Premier League (IPL) match between Royal Challengers Bangalore and Mumbai Indians in Pune. With his first ball in the IPL, Brevis, dubbed ‘Baby AB,’ dismissed Kohli. After that, Kohli congratulated the boy.

“At first I was overwhelmed meeting the likes of Virat Kohli and MS Dhoni. I learned a lot by just listening and speaking to them. The IPL was such a great experience. We all know it is the biggest T20 league in the world. The MI team atmosphere was amazing on and off the field. There was always lots of fun, laughter, and bonding between everyone in the MI family.”

The Mumbai Indians selected Brevis in the mega auction for Rs 3 crores. Brevis handled the pressure admirably despite being selected at such a young age. He was crucial to the team’s middle order. The South African teenager stated that he enjoys playing under duress.

“For me as a player, I like playing under pressure. I did not feel any pressure going into the IPL. I am true to myself and my game. And stay in the moment and I cut all the noise around me. I am going out on the field to enjoy it. We as a team stuck together and kept following the same processes by training and preparing the same way through the whole tournament. MI made me feel part of the family. I felt so welcome and comfortable in this team. I could be myself in front of everyone.”

MI’s season was a disaster, as they finished last in the points standings. Brevis was in and out of the team as well. However, he did note that the squad was constantly focused on following the same protocols and that the atmosphere made him feel at ease.