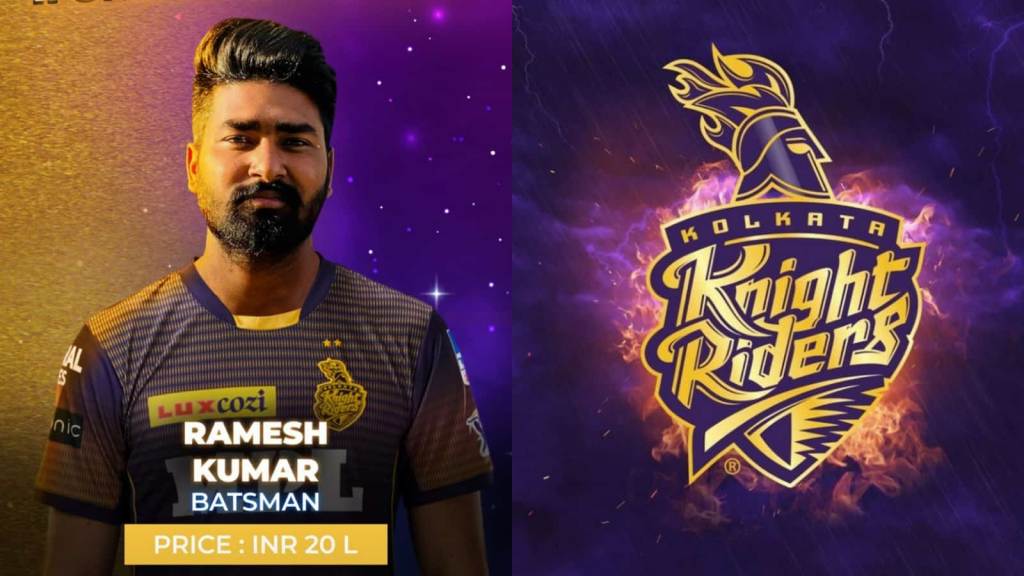 The two-day IPL 2022 mega auction ended with many players finding new franchises. Some go back to their franchises in a frantic bidding process. And some new talent got an opportunity to showcase their potential. However, one name raised quite a curiosity when Kolkata Knight Riders (KKR) bought a certain Ramesh Kumar with his base price of INR 20 Lakhs.

So many professional cricket viewers don’t know who this cricketer was or what his specialty was. However, the Shahrukh Khan-owned franchise bagged Ramesh during the day 2 accelerated round of the bidding. The officials of KKR present at the auction table seemed pretty calm as no other sides went after this youngster.

Ramesh Kumar Aka ‘Narine Jalalabadiya’ is a Tennis Ball Batting Superstar. Now, who is this Ramesh Kumar really? This question should appear in the minds of everyone. As not much information is available about him. After IPL 2022 auction some reports have emerged. Some exciting details are coming across about Ramesh Kumar. He is a well-known tennis ball cricket player and he belongs to Manasa in Punjab.

In fact, according to some reports, he is a pretty good star in tennis ball cricket tournaments. He goes by the moniker ‘Narine Jalalabadiya’. He has even smashed a brutal fifty runs score in just 10 balls in one of his games. That inning’s video went massively viral on social media. In that clip, the southpaw can be seen slamming sixes for fun in a local tennis-ball match.

Meanwhile, the 2012 and 2014 Indian Premier League winners and also made it into the finals of the IPL 2021 team KKR has successfully got back of Pat Cummins, Nitish Rana, Shivam Mavi, and Sheldon Jackson. Shreyas Iyer has become KKR’s most-expensive player at the auction event. They bided a whopping amount of INR 12.25 crore to get him on board. He is likely the would-be captain of the franchise ahead of IPL 2022.

They still remained purse of 0.45 Cr and their squad strength is 25 where 17 are Indians, 8 are overseas players