IPL 2023: Cameron Green to Participate in the Mini Auction 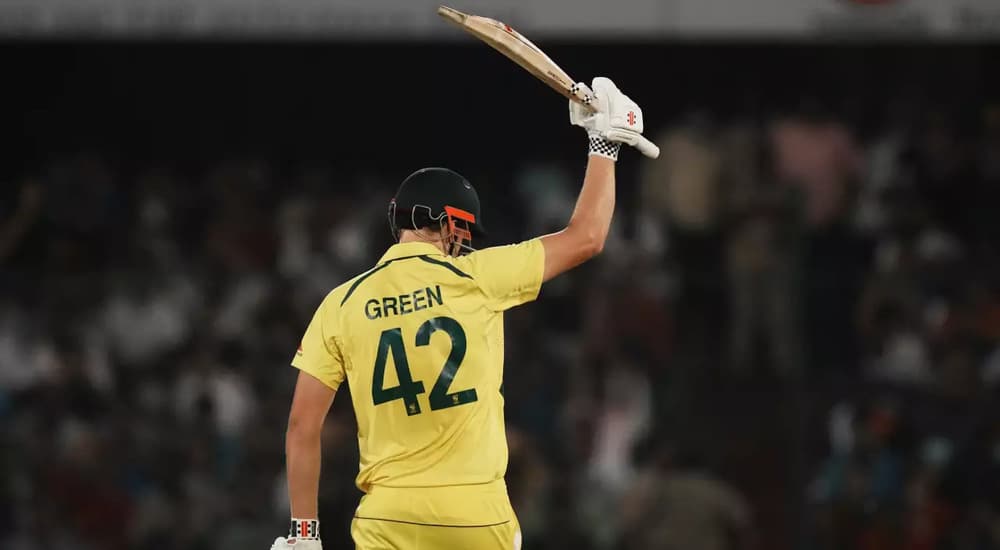 Australian all-rounder Cameron Green on Monday (November 28) confirmed that he has registered himself in the upcoming Indian Premier League (IPL 2023) mini-auction. The auction will take place in Kochi on December 23.

Green will be one of the most demanding players in the upcoming IPL auction after impressing with his power-hitting in recent times. He opened the innings in T20 cricket for the first time during the three-match T20I series in India a couple of months back. The hard-hitting batter scored the most runs (118) in the three innings. His strike rate was over 200 and that indicates the power he brings to a batting lineup. Not only his batting, but his bowling too adds value to the team. The right-arm seamer has the ability to clock 140+ and extract extra bounce out of any wicket. With his all-around ability, Green will be a valuable asset to any team.

While many Australian players including Test skipper Pat Cummins have opted out of the IPL 2023 auction presumably to prolong their international careers, Green has confirmed that he will be up and available for grabs to be in the upcoming IPL auction. can open the innings, can play in the middle order, and can also bowl a few overs. All of these attributes make him an indispensable part of any IPL team.

While speaking on the Unplayable podcast, Green confirmed his participation in the auction where he will be one of the biggest attractions. Green spoke highly of the biggest and grandest T20 leagues in the World and stated that he is keen to learn from the best in the world.

“I have registered for it. It will be an exciting opportunity. Speaking to a lot of guys, especially in the WA (Western Australia) set up about their experiences in the IPL, they speak so highly of it. They speak about the quality coaches that you are around, the quality players that you are around. They are all the best in the world at their craft. It is a craft that I have not been exposed to too much. I am so open to wanting to learn as much as I can and that is probably one of the best environments to learn in,” Cameron Green was quoted as saying by cricket.com.au on their ‘Unplayable’ podcast.