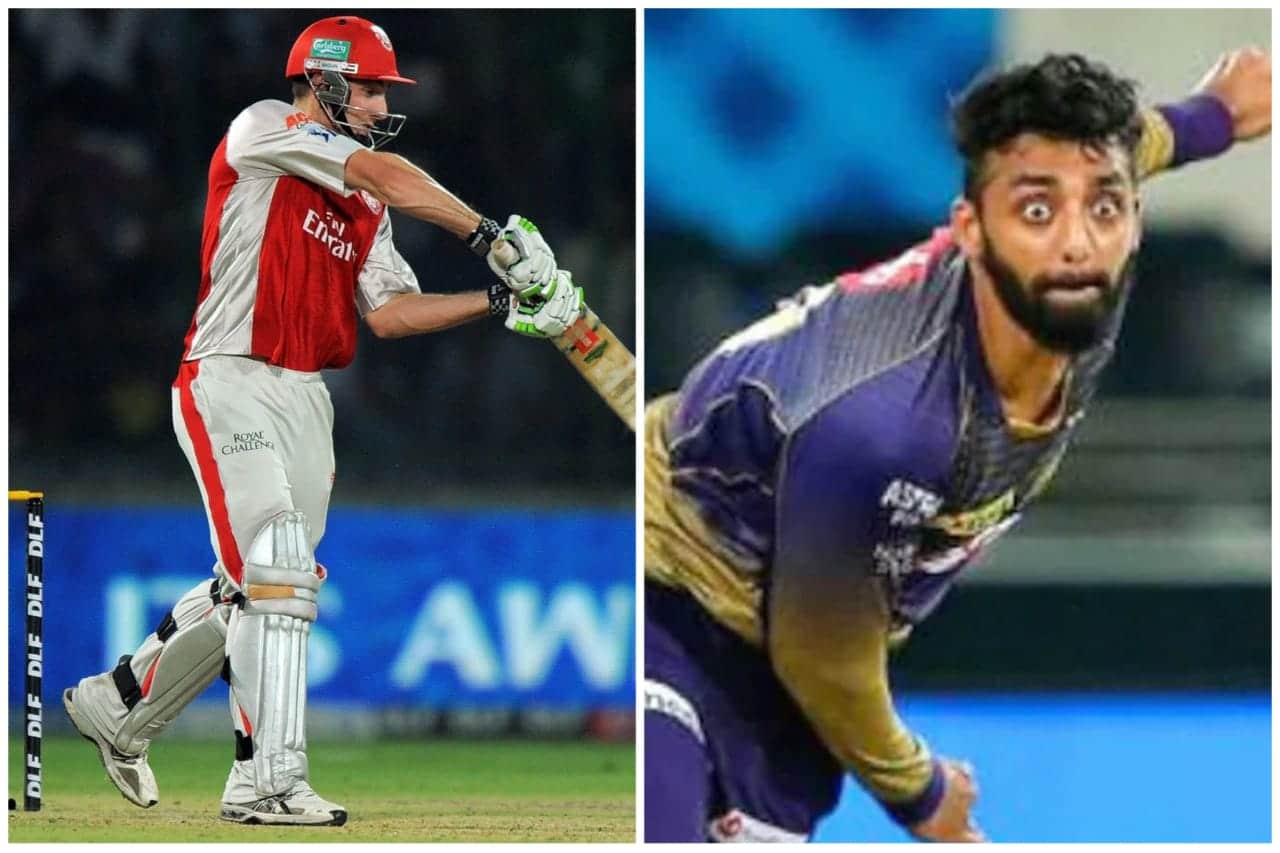 IPL is getting ready for its 14th season. Since its inception in 2008, hundreds of players gather every year to play in the richest cricket league in the world. Some are famous and some are not. However, when the world is glued to watch its favorite players, there are some lesser players who steal the thunder and prove to be the dark horses of IPL.

IPL is where talent meets opportunity. Every year a new player rises up to the horizon to make his mark. Young and novice players get to rub their shoulders with the best cricket players in the world. When the world has all eyes on its favorite player, a new or lesser-known player stuns everyone with his game.

In this edition, we will learn about players that were lesser-known to world cricket, but made an everlasting impression on the IPL. Vivo will be replace as IPL title sponsor.

The lanky medium-paced bowler from Gujarat represented Rajasthan Royals in the IPL. He was a promising talent from the start and represented India in the 2002 U-19 World Cup. Siddharth was a mainstay in Gujarat’s squad after making his first-class debut of the 2002/03 season. He was not very quick but disciplined in his line and length.

Siddharth was not a big name though in domestic cricket. However, he was bought by the Rajasthan Royals in the inaugural season and was pivotal in their title win that season. He picked up 13 wickets in 15 matches that season and surprised everyone who knew less about him. Siddharth proved to be a dark horse and Rajasthan continued to retain him until 2013 when he suffered a year-long ban for breaching the BCCI’s anti-corruption code. In six seasons, Siddharth picked up 65 wickets in 76 matches making him the leading wicket-taker for the Rajasthan Royals.

Although Shaun Marsh comes from a family of cricketers, he shot to international fame after his success in the IPL. Shaun Marsh, son of Geoff Marsh, took to cricket at an early age and advanced through age-group cricket. He represented Australia in the U-19 world cups and made his first-class debut in 2001. However, he was first shot to international fame after his illustrious success in the inaugural season of the IPL. Kings XI Punjab awarded him his IPL contract in 2008 after his good form with the Western Warriors.

He was not much known and was even grafted late in the tournament. Despite missing the first four matches of the tournament, Shaun emerged as the leading run-scorer in the IPL 2008. He even scored a hundred against the mighty Rajasthan Royals on the league stage. In just 11matches he scored 616 runs at a staggering average of 68.44. Though Punjab couldn’t advance beyond the semi-finals, Shaun Marsh emerged as a dark horse in their relentless inaugural campaign that season. Check our new cricket prediction and learn our tricks.

Australian-Dutch cricketer -Dirk Nannes took up cricket quite late in his career. He made his first-class debut at the age of 29. The left-arm fast bowler was fairly quick and sharp but didn’t find much success in first-class and one-day cricket. However, his greatest success came in T20 cricket. He is one of the few players to represent more than one nation in international cricket. Nannes represented the Netherlands at the 2009 T20 World Cup and went on to play for Australia later that year.

His two-match stint for the Netherlands at the World Cup was enough for scouts to spot his talent. Delhi Daredevils signed him for IPL 2009, and he proved to be a dark horse that season. In his debut season, Dirk Nannes surprised everyone and picked up 15 wickets in 13 matches at a healthy average of 24.80. His exploits in the IPL took him to all corners of the world for cricket contracts. He was possibly the first freelance cricketer and represented fifteen different teams across 9 different countries.

Paul Valthaty represented India in the 2002 U-19 world cup but couldn’t continue long after sustaining an eye injury. Though he played two games in the second edition of the IPL for Rajasthan Royal in 2009, not many knew about Paul Valthaty until 2011. In 2011, Kings XI Punjab was bought as a backup for expensive international players and played as an opener.

He proved to be a dark horse of the IPL 2011. Valthaty’s exceptional performance in an unbeaten 120 against Chennai Super Kings brought him into the limelight. It remained the highest individual score of the season, with Valthaty scoring 463 runs, only second to Shaun Marsh for the Kings XI Punjab. Though Punjab couldn’t make it to the knock-out stage that season, Valthaty was a big takeaway for them.

Players like Varun Chakravarthy are breaking the glass ceiling. Varun is a late adopter and gave up his job as an architect to pursue cricket at the age of 25 years. He experimented a lot with his cricket before finally settling up with spin bowling. He’s quick in action and it’s difficult for batsmen to pick, which reaps his results. His prominence in club cricket helped him get scouted for Tamil Nadu Premier League (TNPL). He then became a hot property in the following season in the TNPL, where he was picked by the Seichem Madurai Panthers. In the 2018 season, though he claimed only 9 wickets, his dot ball percentage of 52.08 helped Madurai win their maiden triumph.

KXIP bought Varun at a whopping INR 8.4 cr for the 2019 season based on his performances in TNPL and Vijay Hazare 2018/19. However, he only got to feature in a solitary game.

Till then, the world knew very little about him. KXIP released Varun and KKR roped him into their camp for 2020. That’s when he proved to be a dark horse of IPL 2020 and left everyone in awe with his performances. He claimed 17 wickets in 13 matches and also took his first 5 wicket haul in the IPL. He was retained by KKR for 2021 and he was once again their leading wicket-taker with 18 wickets in 17 matches. Get live betting tips here in our site.