IPL Auction 2022: Availability of Overseas Players Confirmed Ahead of the Grand Auction 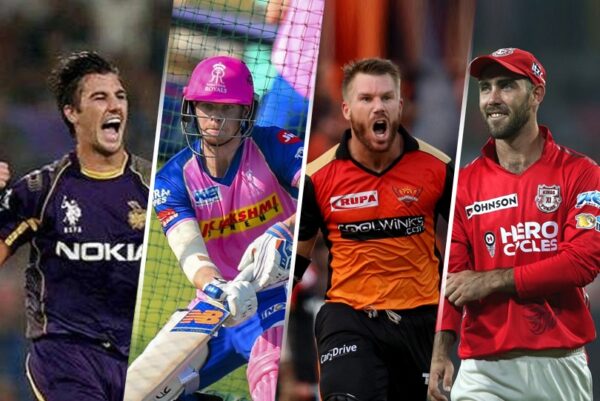 IPL Auction 2022: The Indian Premier League is likely to start in the last week of March 2022. Ten teams will play in the tournament for the IPL title. The auction will be held in Bengaluru between February 12 and 13. And the IPL franchises have already made their wish list of the players they want to bid for in the auction. But they need to take into consideration the availability of the players for the entire IPL season, especially for overseas players.

Two new teams have joined the IPL and will kick off their campaign in the 2022 season. It means the number of matches and duration of the IPL will automatically increase. And the accessibility of overseas talent will be a big question for the franchises in the tournament. England and Wales Cricket Board (ECB) has already given the green signal to their players, but Cricket Australia has a bit different opinion.

Players like Jos Bulter, Mooen Ali, Eoin Morgan, Jonny Bairstow, and Jason Roy are some of the T20 stars. And fans also love to see them play in the IPL. The BCC has already confirmed that, as per the ECB, English players will be available for the entire season. As per Cricbuzz, the BCCI official has informed through an e-mail,

“After the IPL, the ECB is committed to starting the 1st WTC Test Match v New Zealand on 2 June, 2022. The player availability for all the ECB players will be through to Sunday, 29 May, 2022 (sic).”

England will play a test series against the Kiwis starting on June 2, 2022. Hence, the English players will be able to play from March 28 to May 29. However, the Australian team will be travelling to Pakistan for a multi-format series in March-April. But as per the reports, it is stated that some of the Aussies will be available around April 11 to join their IPL team.

The BCCI also pointed out that Cricket Australia also wants their players to take part in their first-class tournament, the Sheffield Shield, which will end on April 4. The BCCI further informed in the mail,

Sri Lanka will play two test match series in Bangladesh. As a result, they will miss the IPL between May 11 and 23. For the same, Bangladesh Board has also cleared that Shakib Al Hasan will miss the IPL from May 8 to 23. So here we have the list of overseas players’ availability as per their respective cricket boards.

Availability of overseas players as per their board

Australia- April 11 – End of the tournament

Sri Lanka- Unavailable from May 11 to 23

Bangladesh- Unavailable from May 8 to 23