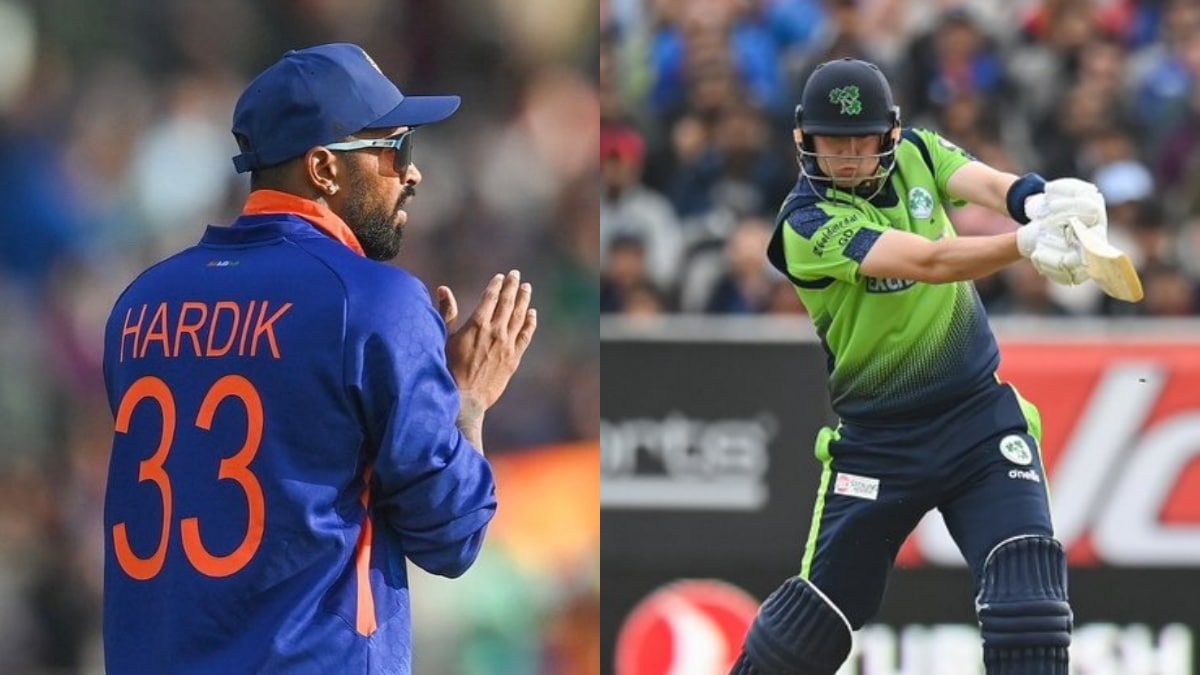 IRE VS IND: Although the rain was interfering in the match finally the match took place in Malahide on Sunday. This is a two-match T20I series where India is touring Ireland. In the very first match, the rain had washed out a big part of the game. But finally, when it stops raining, players came onto the ground to play a 12-over match. After the match, Indian debutant skipper, Hardik Pandya talked about the young Irish batter. Discover more betting sites in India that are top-rated in the market and it has an amazing live betting platform. Have fun at home!

He is none other than Harry Tector had played a good knock from the Ireland side. Pandya wished him all the best ahead of his career. It could be a no-competition match between these sides if Tector did not go well. Hardik had won the toss and opted to bowl first. With this decision, Bhuvneshwar Kumar started bowling. It was a brilliant swinging surface in Ireland which was complementing Bhuvi’s bowling so well. He dismissed skipper Andy Balbirnie for a duck. Following his partner, Paul Starling also lost his wicket very early.

After the opening pair, Gareth Delany also failed to put some scores on the board. In this situation, the 22-year-old, Harry Tector came to the crease and started building Ireland’s innings. Initially, he was playing with orthodox shots and there was scoring well. After that when the batter set in the crease he started playing funky shots. His counterstrike mindset against Indian bowlers went very well. And the end of the innings, he scored unbeaten 64 runs in 33 balls.

“He played some fantastic shots, and obviously, he’s 22, I’ve given him a bat as well, so maybe he can score some more sixes and maybe get an IPL contract, and I wish him luck. Just look after him well, give him the right guidance. It’s not always about cricket; it’s about understanding your whole lifestyle and what is at stake. If you can manage that, I’m sure he’s going to be around – not just in IPL, in all the leagues in the world,” Pandya was quoted as saying in the presser after the first T20I.

Hardik Pandya continued with his words and addressed the spectators. He said that he was feeling bad for the attendee crowd when it started raining. After a very long gap, Team India has come to Ireland to play and if the first match went washed out then it could disappoint the crowd. The ground was fully packed with a crowd and there was tremendous support for the Indian team.

Seeing that kind of support, Hardik Pandya said that team was feeling that they were playing back in India. The match was very important for the Ireland Cricket board also. After a very long time, their team is playing a big national side like India. It is nice to see the big team traveling to small cricket nations to promote and entertain their crowd.

Read Bet365 reviews here and learn more about how online betting works. So what are you waiting for? Try the app now!