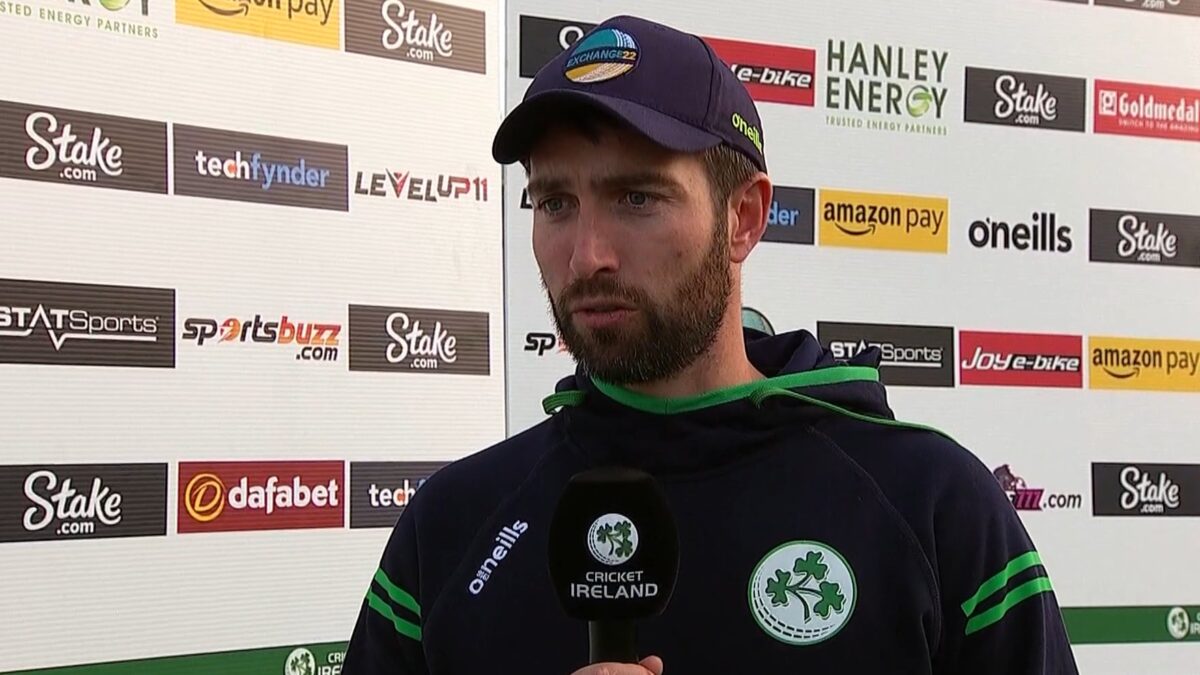 IRE VS IND: Irish skipper, Andy Balbirnie stated that he liked the team effort that his team has shown against the Indian team. But further he also admitted the close defeat is very hard to digest as they are almost victory point. Undoubtedly, this match entertained the spectator with big-hitting shots. It was a high scoring where Team India stated the innings with their attacking approach. Discover more best sports betting sites in India that are top-rated in the market and it has an amazing live betting platform. Have fun at home!

Skipper Andy Balbirnie along with his opening partner Paul Starling started smashing from the first over. After their dismissal once again Harry Tector took the charge but this time he did not go for long. But at the end, a fiery knock from Mark Adair brought the game to the final ball. Finally, the nail-biting match ended with Umran Malik’s match-saving over.

Seeking for the best betting apps in India? Learn how to find the right one for you and explore your sports betting options.

“Yeah, we are all feeling quite well.” “You do not often come that close against a team like India. We accomplished a lot with the bat. At the halfway point, we declared that there was only one course we were going to pursue: go out and be passionate. I believe we accomplished it, but when you come that close, we are deeply disappointed. For everyone present, the cricket match was fantastic. ”

At the post-game presentation, Balbirnie remarked,

Further, he addressed that the attendee crowd has enjoyed both the games of this series. Talking about the batting so he started with Paul Starling. He said that it was Paul Starling who set the tone for the entire team. Starling started smacking Bhuvneshwar Kumar from the very first over of the second innings. Then he mentioned that he had successfully utilized the powerplay overs to put big runs on board. He also gave his words about his batting.

Andy Balbirnie said that he took some time to set and then started rolling. Their partnership inspired the rest of the batters. And the next batters continued the innings in the same attacking manner. Lastly, he said that the players had shown a fighting character which was delighting to see. End of the day, India won both the matches of this series and named another T20I series victory in their name. From here Indian team will be in action against England for a white-ball series ahead of July month.