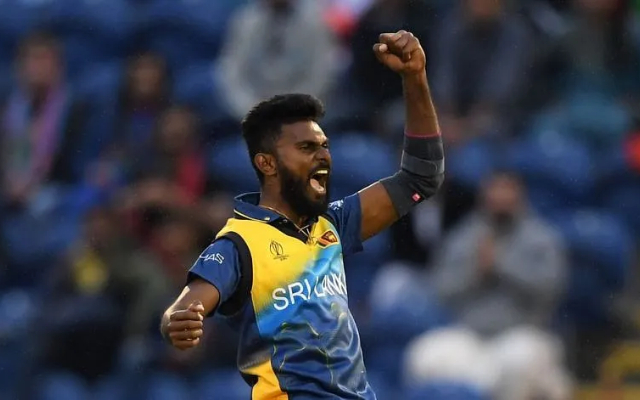 Sri Lanka all-rounder Isuru Udana has announced his retirement from international cricket. The 33-year-old pacer featured in the ODI and T20I series against India. While Sri Lanka managed to claim a rare series win, Udana had a poor outing in the three white-ball games he played and could not pick up a single wicket.

Udana’s decision to retire from international cricket with immediate effect is shocking as he had few years of cricket left in him. Maybe, the left-arm seamer wants to prioritise franchise cricket given that Sri Lanka Cricket Board has slashed the salaries of their cricketers and many are struggling with financial crises. Udana was not in the best of form over the last couple of years and only picked up 10 wickets in 12 limited-overs games.

Udana has represented Sri Lanka in 21 ODIs and 35 T20 Internationals, picking up 18 and 27 wickets respectively. He also has 237 ODI and 256 T20I runs under his belt. Udana burst on the scene with a reputation of a very skilled bowler, someone who can bamboozle the best with his variations. He made his debut for Sri Lanka in the 2009 T20 World Cup but failed to back his Under-19 performance in senior cricket.

He could not cement his place in the team and was in and out of the squad. It was only in 2018 when Udana was recalled in the team, mostly because of improved batting prowess, and played key roles in Sri Lanka’s bilateral series against South Africa and Pakistan. Udana is vastly experienced in T20I cricket, having played 164 T20Is across different leagues.